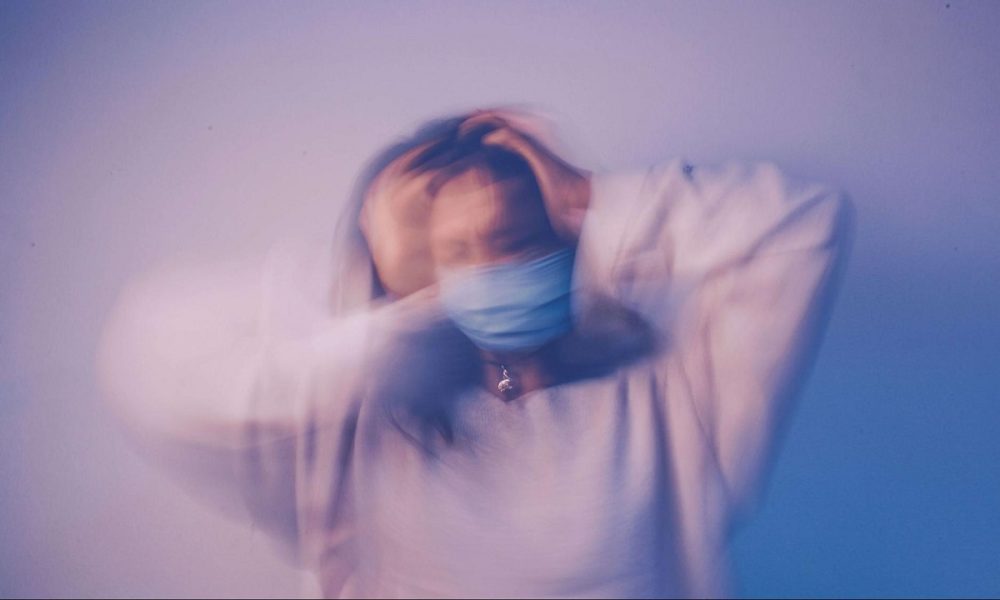 Most people with coronavirus experience mild symptoms and recover without the need for treatment. However, some develop severe cases and need medical attention. As has been seen in recent years, especially in the stage prior to mass vaccination, there were many who did not manage to overcome it. That is irreparable.

But in this space The Compass 24 the idea is to focus on the after. At least in a part that is not one of the most addressed. At this point, it is known that the infection can leave some sequels. And among them are: fatigue, weakness, hair loss, loss of smell and taste, neurological effects, kidney problems, alterations in lung function, cardiac function deficit, male infertility.

Unfortunately, this is not all.

The uncertainty and fear added to the long confinement that the quarantine has meant, at the beginning of the pandemic, have triggered an increase in levels of stress and anxiety in the population. For example, in one of the special reports of this medium, this problem was addressed, with the story of several professionals in the field (Mental health in times of quarantine: how the “new normality” impacts).

Although in recent times, there are not a few studies that account for a consequence of the Covid that has been wreaking havoc on a large part of those who went through it: depression. And why does it appear? The German Clinic portal states that it presents with anguish, anxiety and irritability. And it arises in four phases: fear, isolation, uncertainty and future.

The first anguish is fear of illness and dying alone in a hospital. And it is not only a contagion, it is also related to the risk of not being able to say goodbye to loved ones. The second phase alludes to isolation, a product of the confinement that seemed never to end. This, especially in countries like Argentina, leads to the third anguish, which is the uncertainty linked, for example, to the economy.

And finally, there is talk of anguish due to lack of a future. This is because new findings are made about the disease every day and, despite the fact that progress is being made, there is no clarity on what the future holds after overcoming the pandemic.

Health personnel, one of the most affected

A study led by the universities of Chile and Columbia, with the collaboration of the Pan American Health Organization (PAHO), determined that health personnel from eleven Latin American countries have high rates of depressive symptoms, such as suicidal thoughts and psychological distress .

It is a report entitled “The COVID-19 health care workers Study (HEROES)” and shows that between 14.7% and 22% of the staff interviewed in 2020 presented symptoms that led to suspicion of a depressive episode, while between 5 and 15% said they thought about suicide. The analysis also shows that in some countries only about a third of those who said they needed it received psychological care.

“The pandemic has shown the wear and tear of health personnel, and in countries where the health system has collapsed, personnel have suffered exhausting hours and ethical dilemmas that have had an impact on their mental health,” said Anselm Hennis, director of the Department of Non-medical Diseases. PAHO Communicable and Mental Health.

See also  Gastritis: how to fight it without drugs

HEROES consisted of interviews with 14,502 health workers from Argentina, Brazil, Chile, Colombia, Bolivia, Guatemala, Mexico, Peru, Puerto Rico, Venezuela, and Uruguay, and included the participation of academics and researchers from dozens of institutions in those countries.

What are we talking about when we talk about post-covid depression?

In this regard, Viviana Rodríguez, President of the Bahía Blanca College of Psychologists, explained to this outlet that “Understanding the pandemic as a collective traumatic event calls us not to forget in our analyses, in the face of such a catastrophe, the incidence of social determinants in health in general and, in particular, in mental health. In relation to this, postcovid depression is a classification used by a certain sector of the mental health field that we prefer to avoid to reflect on the effects of the pandemic because it could lead to a process of individualistic and biomedical responses that, in principle, would make invisible the aforementioned social determinations.

“On the other hand, talking about psychological suffering or post-Covid mental health problems allows us to build a perspective that is prone to finding answers that weave co-responsibilities for the actions that are required, according to the uniqueness of each mental illness,” the specialist remarked.

And he added along the same lines that “if we consider this perspective, which includes the social dimension, speaking of covid depression as a generalized effect of the pandemic also clouds the possibility of seeing the singularity and the repercussions on the different groups and sectors of the populations. (childhood, women, adolescence, the elderly, groups of vulnerable populations) and, consequently, postpones the collective and situated elaborations that are required when social traumatic events occur”.

See also  We are DNA: the exhibition that mixes medicine with art

How to realize that we are facing this problem?

“There are psychic sufferings that require special attention, such as the permanence of sadness, often described as depression. From the observable we can realize from certain indicators: a renunciation of the subject to their desires, a significant and generalized disinterest in their participation and activities, loss of autonomy and deterioration of formal and informal relationships, among other possible ailments.

How to treat it?

“If we adhere to considering mental health as a social construction and not just an individual one, treatments will not only transit within clinics: in post-pandemic times, even more so, the responsibilities of each person and their close environment are needed, but also of situated, intersectoral care networks that guarantee accessibility to multiple treatments based on the different mental health problems that arise,” Rodríguez said.

If someone is experiencing a mental health problem, they can approach the local College of Psychologists, Community Care Service (SAC) WhatsApp 2915098708, or a nearby health center or health professional.