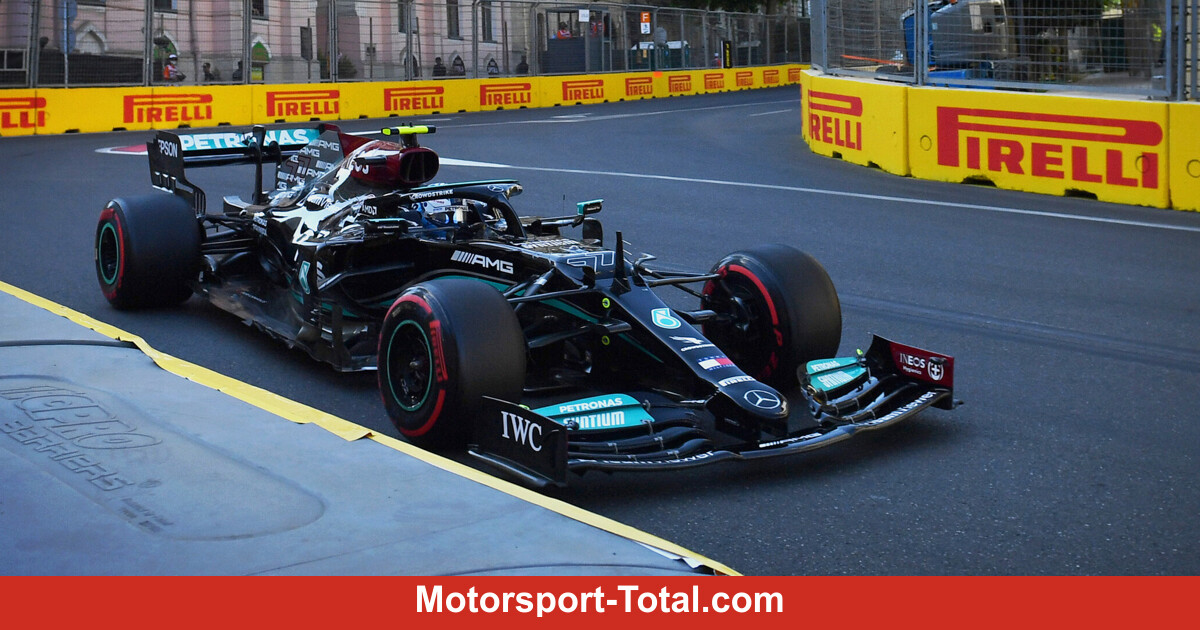 (Motorsport-Total.com) – Valtteri Bottas would have described the past weekend nicely as being mixed. During the entire Formula 1 weekend in Baku, the Finn did not find a green light and drove far behind the actual Mercedes performance. Even if the race had been stopped in the meantime, he would not have finished in the points on his own.

However, team-mate Lewis Hamilton performed well for Mercedes on a difficult weekend and even had a chance to win the race. The question is why Bottas had such big problems compared to Hamilton. Was it really a slightly different set-up that Bottas drove?

“Lewis drove with less downforce. Simulations predicted that would be optimal,” says Technology Director Mike Elliott. “Valtteri chose a little more downforce. According to our calculations, it was a little slower, maybe a tenth of a second per lap.”

However, that was Bottas’ own decision because he felt he was faster with it. “You have to understand that this is a difficult track. It’s very difficult to get heat into the front tires and you really need to be confident here because the walls are so close,” says Elliott.

The thing with the positive performance spiral

“Warming up the tires is really important. And if you can drive a little faster and put a little more energy into the tires, the car will also run faster and you will end up in a positive performance spiral,” said the Mercedes director. It was therefore more important that Bottas felt comfortable instead of having a car that could theoretically drive a tenth of a second faster.

Mercedes: That’s why Valtteri Bottas was so slow in Baku

Mercedes technology director Mike Elliott analyzes the Baku GP and explains what the “magic” brake button is all about and why Valtteri Bottas was so inferior. More Formula 1 videos

For Elliott, the positive performance spiral mentioned above is the reason for the difference between the two pilots. “Lewis found a small step in the set-up in practice three that seems to have helped him. Instead of having problems, we were suddenly in the top group. And that was the case with Lewis throughout qualifying.”

“It wasn’t just the one lap in Q3 that put him in second place. He was quick throughout qualifying. Valtteri, on the other hand, didn’t get into that position. He didn’t find that last bit of confidence that also gave him that would have brought a positive spiral, “said the technology director.

You could also experience that with other drivers in Azerbaijan: “Many drivers had understeer and crashed their car into the wall. Probably because they couldn’t get their front tires into the window,” he says of the numerous accidents during practice and qualifying . “Our drivers avoided this mistake.”

What a race that was in Baku! What are the effects of the “double zero” of World Cup rivals Verstappen & Hamilton? More Formula 1 videos

In addition, Elliott would like to emphasize that it was exactly the other way around in Monaco. In Monte Carlo, Valtteri Bottas had put the Mercedes almost on pole and was second until the pit stop, while Lewis Hamilton had problems getting his tires to work.

READ  This is the alignment of Ecuador against Brazil

“We have to understand that as a team and work on it,” he says. “Because if we don’t improve on that, we will find the same problems on other tracks as well.”