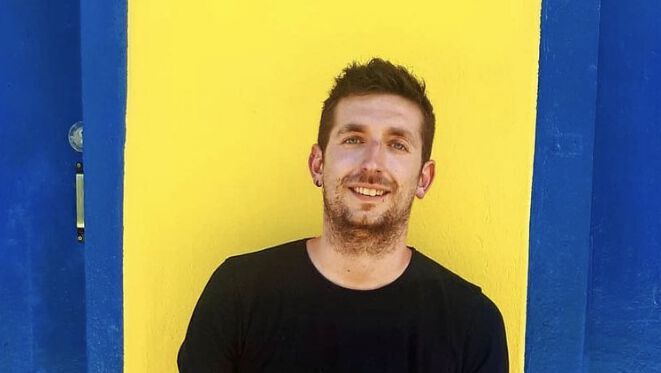 TESTIMONY. “I suddenly saw an appearance…”, he tells how he contracted monkeypox

Fear and wonder… Sébastien did not expect to contract this new disease, which arrived after two years of the Covid pandemic. But he went through three very painful weeks.

When Sébastien went to the good city of Marseille to take part in the Pride March 2022, it was with a view to celebrating. But things very quickly took a different turn for the young man… “I suddenly saw pimples appearing on my body, he says. As I had already read things about “Monkey Pox” (the English name for monkeypox, editor’s note), I quickly thought this might be it, although I wasn’t 100% sure yet. Worried but nothing more, I called 15.

I especially wanted to know if I should isolate myself, because of course there were many people around me. The doctor on the other end of the line told me not to worry, that it really wasn’t worth it for me to isolate myself and that it was probably a sexually transmitted infection (STI). According to him, the only thing I had to do was get tested for STIs. I really pushed for it, but he sure looked like himself.”

At the end of his Marseille weekend, several symptoms appear

But Sébastien has doubts: friends of his have already contracted this disease that arose in May, people are starting to talk about it. His research led him to discover that it is a rare viral zoonosis – that is, a virus transmitted from animals to humans – observed mainly in isolated areas of central and West Africa. We speak of smallpox because the virus, similar to that of smallpox, was discovered in 1958 in laboratory monkeys in Copenhagen.

As Sébastien investigates the case, more than 25,000 cases have already been diagnosed around the world. Doubtful after his phone conversation with the doctor aged 15, the young man was therefore screened for STIs, but he had to wait 72 hours before getting his results. On reflection, he believes that a total ignorance of the disease prevailed within the 15 at the beginning of July.

His situation worsened at the end of the weekend. “Other symptoms appeared: body aches, headaches, fatigue…, he recalls. On Monday, before I went to work, I, as a matter of conscience, went to the infectious diseases department of a hospital. I still have ran the risk of infecting my conscience. colleagues and my close relatives. The doctor who saw me told me within three seconds that I had indeed contracted monkeypox, that it was clear. so I self-isolate for three weeks.”

Because his symptoms were relatively mild at the beginning, Sébastien was mainly worried about this long isolation. All his vacation plans have just fallen through. At the hospital they only gave him Doliprane and a healing cream. “I didn’t really have any medical follow-up. When the pimples started to develop, lesions and lesions appeared, in addition to the pain, I felt a little lost. Impossible to know if it developed properly or not.” The only thing that helped him at that time was being able to chat with other sufferers on social media: “Even though I spent the first week in bed with a 40°C fever, I realized that many experience worse situations.. .”

“A new epidemic is coming and no one seems to care. This is serious!”

“In the end, these discussions reassured me. I was not one of those who had very painful pimples. Those who had them in their throats had difficulty even swallowing water… A From the second week onwards we’re slowly getting into the healing phase. But with the heatwave I really suffered.”

Today, even though he still has some scars, Sébastien is healed today. He takes stock: “When I was confirmed to have monkeypox, I was told that the Regional Health Agency would contact me to trace my contact cases, like with the Covid. They never called me, which I find very serious. A new epidemic is coming and it seems that everyone doesn’t care. I’m not even talking about vaccination: a disaster! I really fear the return of holidays and back to school. We risk having bad surprises…”