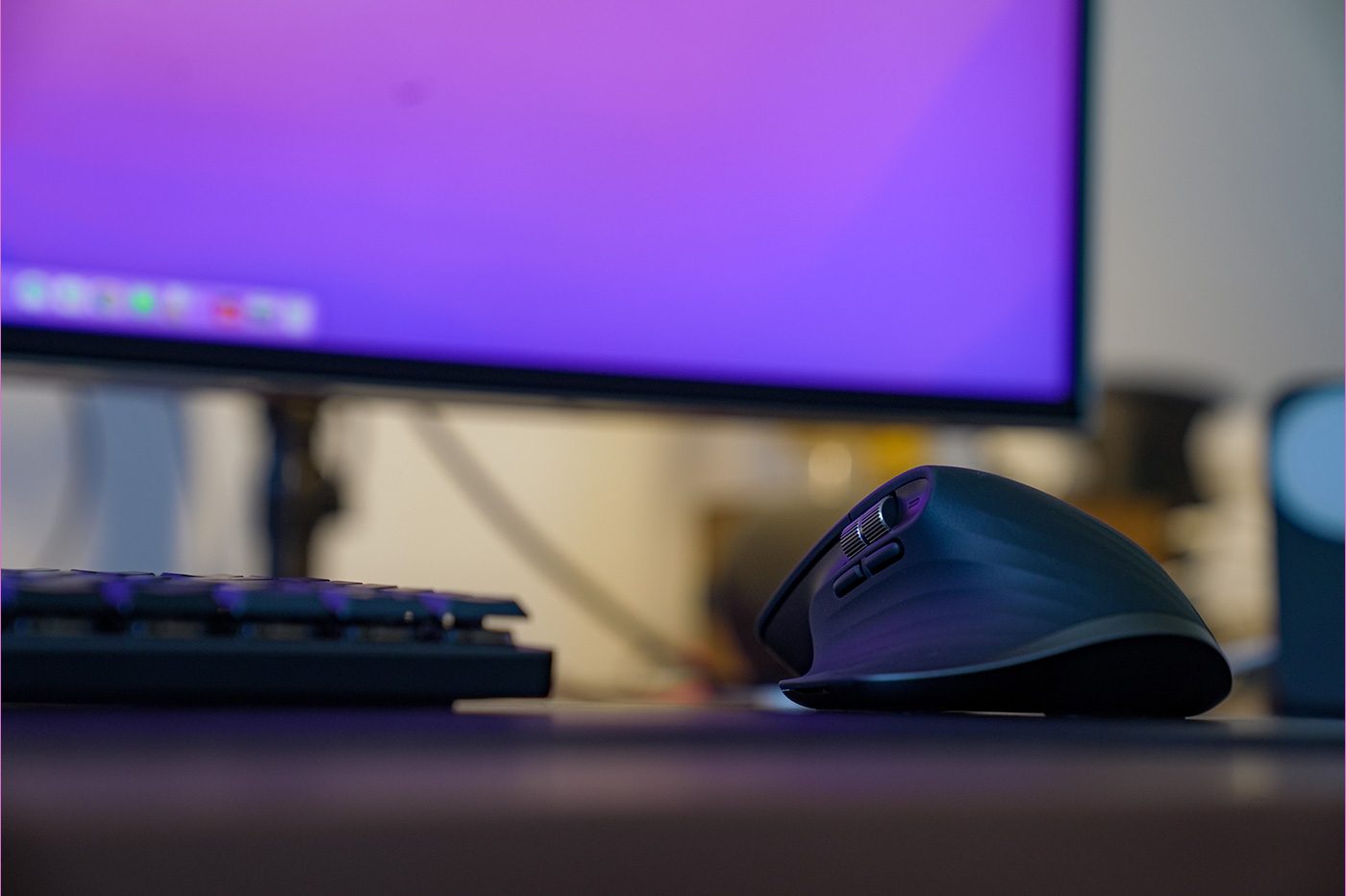 Logitech is back with two new products, the mouse MX Master 3S and the keyboard MX Mechanical. Products tailored for the most demanding users. We tested them. Here is the story of this experience not quite like the others.

Where to buy the Logitech MX Master 3S?

The Logitech MX Master 3S is available directly from its manufacturer’s online store at the recommended price of 130 euros, but also from all authorized retailers. Here are the cheapest prices on the market:

Logitech MX Master 3S at the best price Base price: €129

Where to buy the Logitech MX Mechanical?

Like the new mouse from Logitech, the MX Mechanical can be ordered directly from the Logitech site, or from various retailers on the market. And to save money, it is best to refer to our price comparison.

Logitech MX Mechanical at the best price Base price: €179

Logitech MX Mechanical Mini at the best price Base price: €159

Logitech MX Master 3S: we take the same ones and start over

Few differences between the two field mice at first glance. The chassis remains the same. The MX Master 3S is therefore imposing, with a shape specially designed to offer the best possible grip. With the results that we know. The Swiss field mouse is clearly a success. The grip is perfect and the fingers naturally come to rest against its buttons.

And buttons, there are. Count no less than two wheels. A central one for vertical scrolling and one placed in the left recess for horizontal scrolling. A scroll on which you will of course have your hand. True to form, Logitech has indeed relied heavily on customization and we will come back to this point a little later.

But these two wheels do not come alone. To accompany them, we will thus find no less than three buttons on the top, and three others on the left side. Two under the dials, and one hidden at the level of the thumb rest symbolized by a slight line in relief. 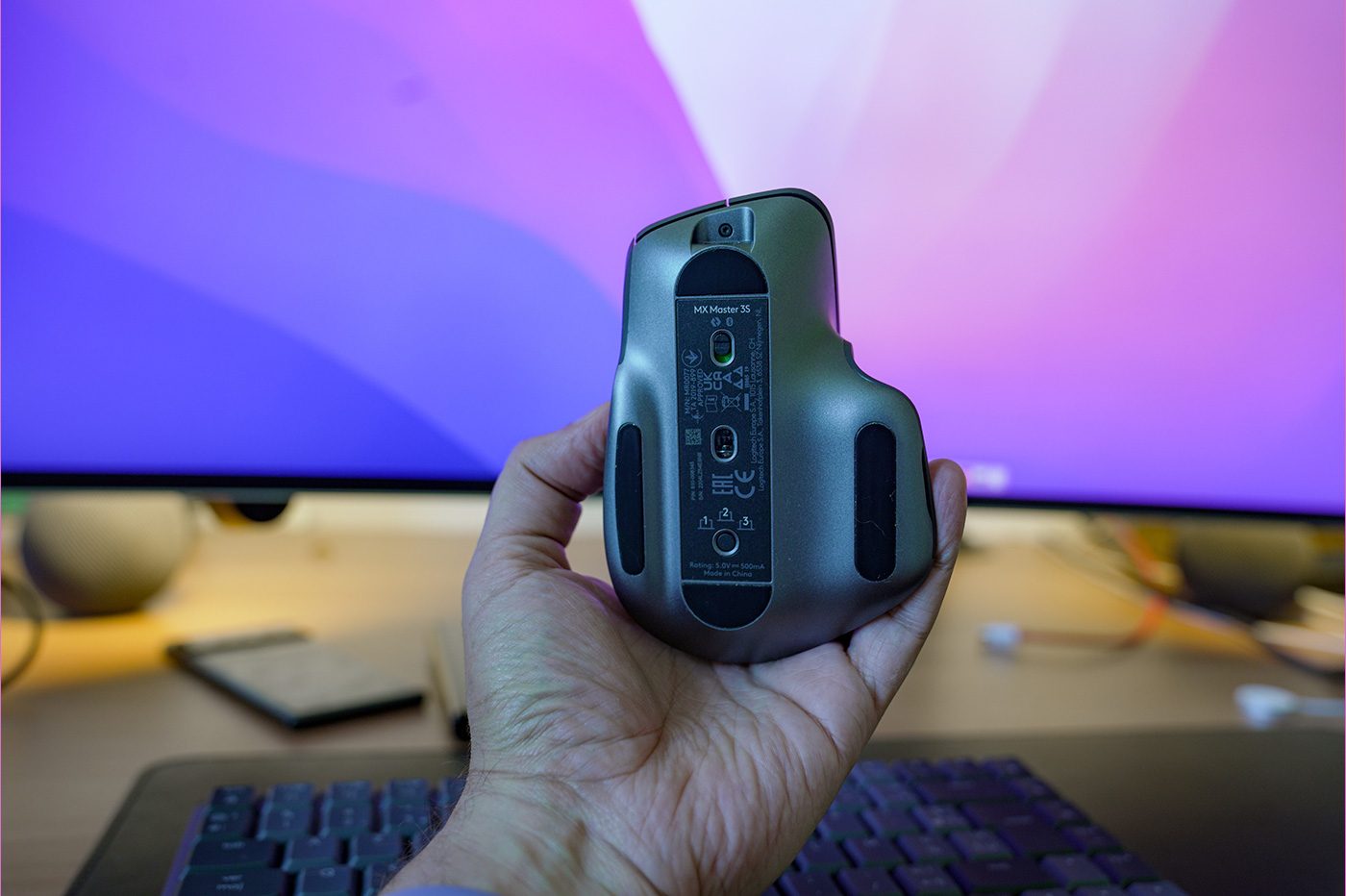 So far, few differences with the MX Master 3, you might say. And you are absolutely right. Except for one detail. The MX Master 3S has indeed an advantage for it: its silence. The buttons have indeed been reworked to reduce the noise of their click. A muffled click, almost inaudible. Same punishment for the dials.

The other novelty relates to the definition. Exit the 4000 DPI, the MX Master 3S doubles the bet to reach 8000 DPI. This will of course delight all those who have the opportunity to work on (very) high definition screens.

No surprises in terms of functions. The mouse will still be able to connect to three devices.

It also supports a wide range of platforms:

Small nuance to underline, the Option+ software allowing to configure the mouse is only available on the first two platforms of the list. It’s a shame, especially since the latter is very complete. It does indeed support templates. It will therefore be possible to modify the association of the buttons according to the software used. 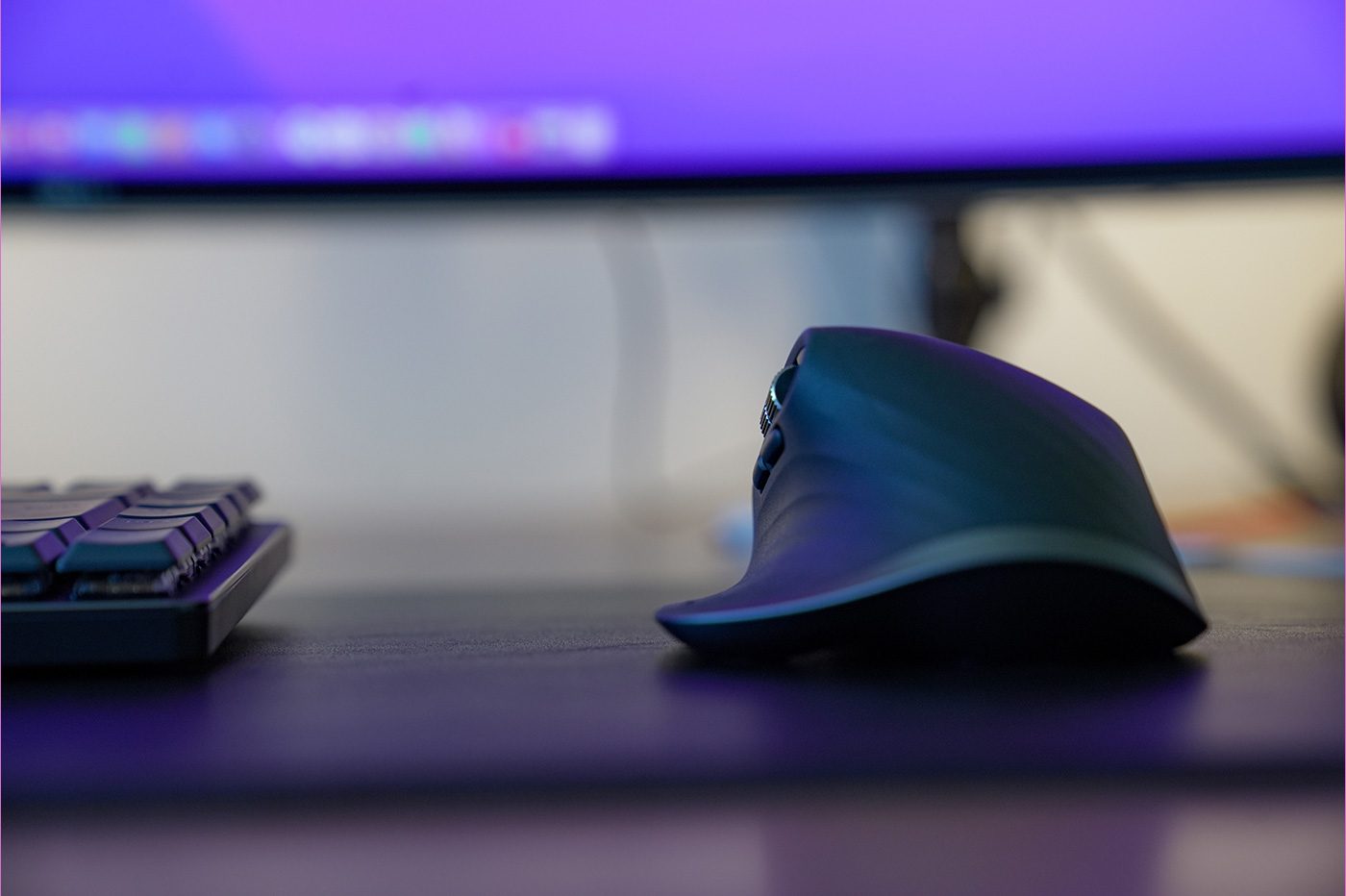 Another good idea: Logi Flow. The latter was developed to facilitate the transition from one device to another. It will be enough to push the cursor against the edge of a screen to change computer. A function limited however to PCs and Macs.

Autonomy is always difficult to evaluate on this type of product. Logitech promises 70 hours of use on one charge. So far, that seems to hold true. Note also that it will suffice to leave the mouse in charge for one minute to find three hours of autonomy. The connector is also placed at the front, and it will therefore be possible to use the mouse by recharging it.

In practice, in any case, the MX Master 3S is very pleasant to use. At least on condition of taking the time to configure it finely. I am thinking in particular of the scrolling speed of the dials. My first few hours on Premiere Pro were indeed quite chaotic and it took several attempts to find the perfect setting.

Nevertheless, we can only admire the work of Logitech. Few mice can indeed boast of being both comfortable and customizable.

Logitech MX Master 3S at the best price Base price: €129

Logitech MX Mechanical Mini: but what can we blame it for? 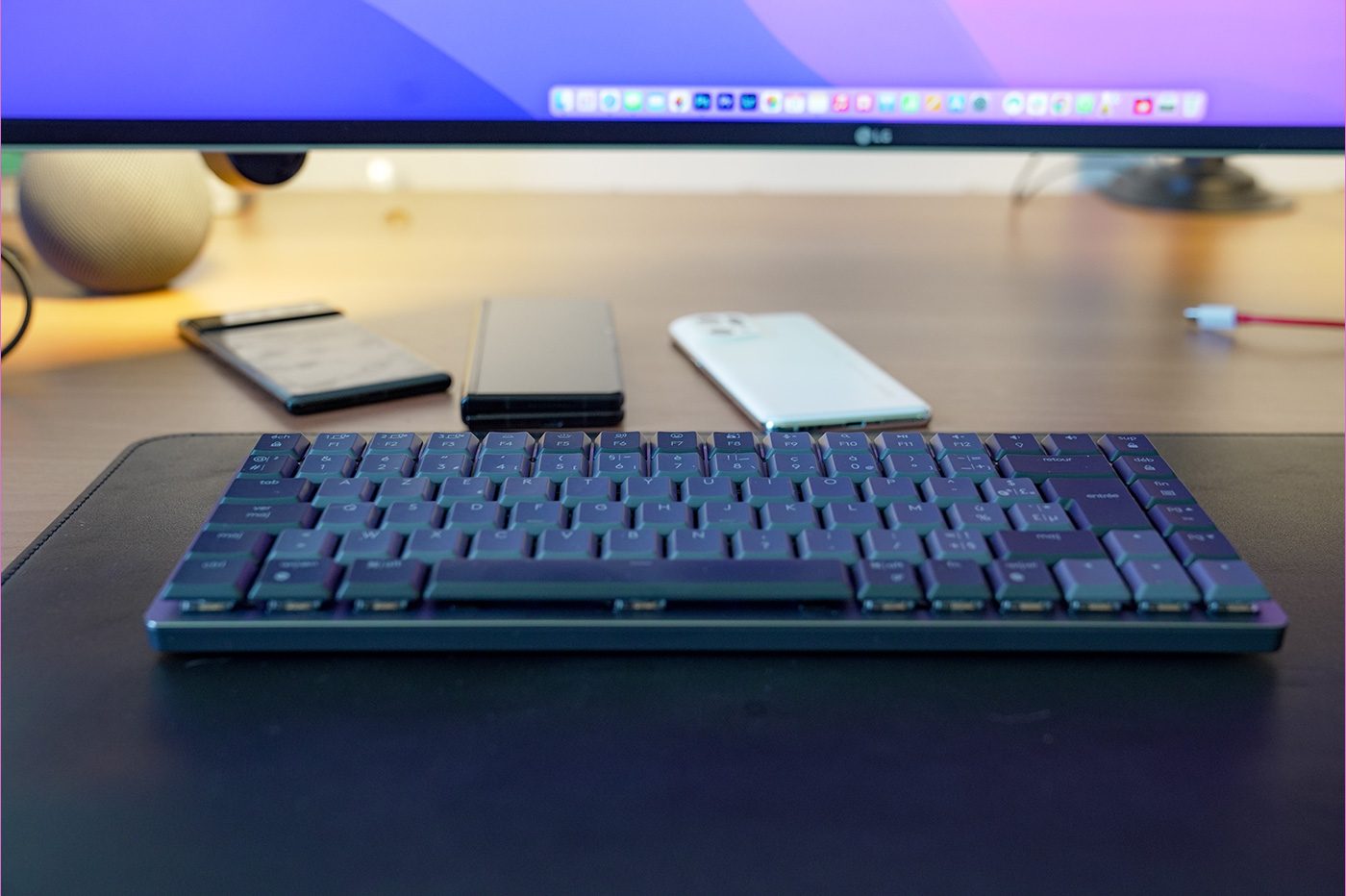 These two products fall into the same category, namely that of mechanical keyboards. The only difference lies in their format. Unsurprisingly, the MX Mechanical Mini is shortcut and it is thus amputated from its numeric keypad and the keys usually placed around it.

Before proceeding, it is probably best to take the time to explain the difference between a mechanical keyboard and a classic keyboard.

A typical keyboard is made up of keys placed on rubber domes. They are generally silent, with a short stroke. Even more on keyboards based on specific mechanisms and studied especially for. Like Apple’s very infamous butterfly keyboard.

The mechanical keyboard is a little different and the keys are thus operated by switches, also known as “switches”. Each switch has its own characteristics. The activation distance can change from one model to another, as well as the noise or the force.

Which brings us to the MX Mechanical Mini. 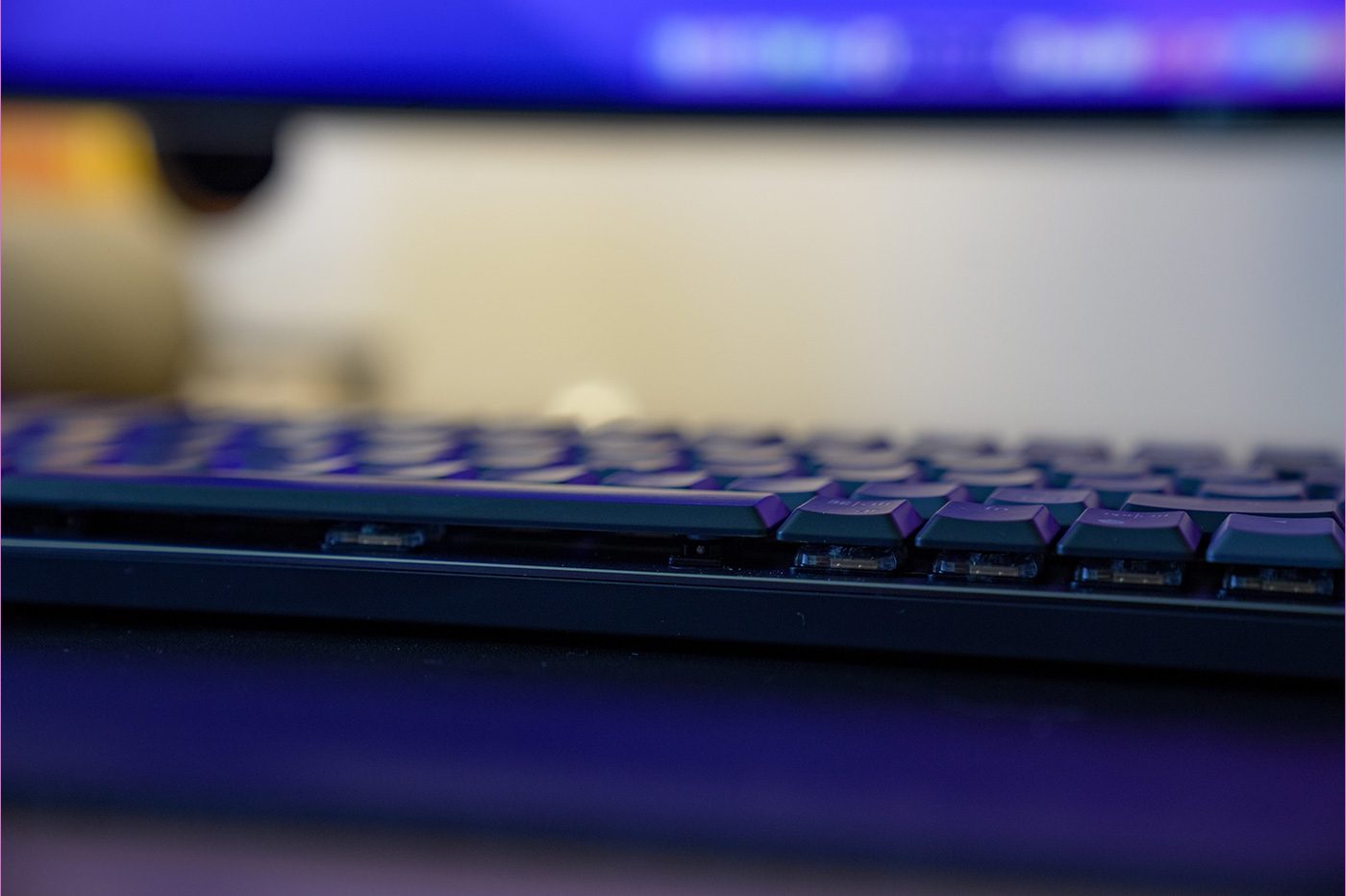 Let’s be clear, it will take time to adapt to make you feel at home. The switch from Apple’s keyboard to Logitech’s wasn’t easy. The keys of the MX Mechanical Mini are indeed a little higher. The strike must therefore be a little more slender, and above all much more precise. However, once the first hours have passed, we are surprised to appreciate the clicking of the keys.

In this regard, Logitech has chosen to market three types of switches: silent touch, linear and clicky. Each with its own characteristics:

In France only the first option is available.

But it’s not just on typing that Logitech has played the personalization card. You will also have control of the backlight. Options+ will let you choose between six different effects: static, contrast, pulsating, waves, reaction and random.

And you can even switch from one to the other by pressing the Fn + Lightbulb shortcut. Even better, the backlight will activate itself when you put your hands close to the keys… and if the lighting conditions require it. 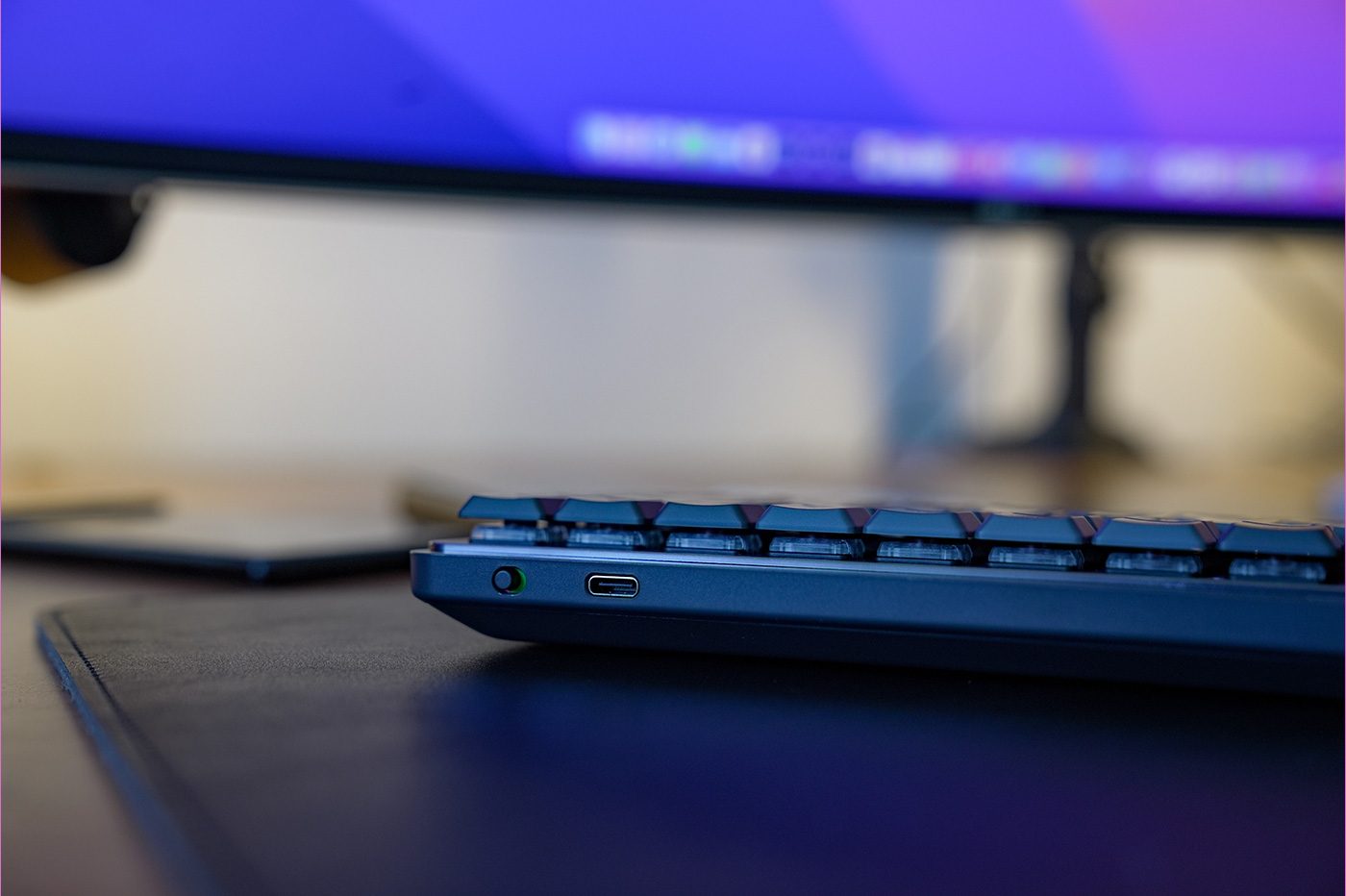 Always in the radius of good ideas, we can also mention the presence of two foldable feet located under the keyboard. Feet that will raise the MX Mechanical Mini a little. As for the connector, it is on the back and it is offered in USB-C format. And as always with Logitech, it will also be possible to configure the keyboard for three different devices… but also to change the customization of the keys depending on the application used.

In use, it works very well. Once the adaptation period is over, we enjoy using the MX Mechanical Mini. Typing is indeed precise and comfortable, even over long typing sessions. Being able to combine three devices is undeniably a plus. Finding the same keyboard on your Mac and iPad is an absolute comfort.

And for those who are wondering, the Logitech keyboard and mouse are of course compatible with Universal Command. If you place your iPad next to your Mac, all you have to do is move the cursor to the edge of the latter’s screen to switch to your tablet. And vice versa.

Logitech’s integration efforts are also to be commended. The function keys allow direct access to certain functions specific to the operating system used. And it’s obviously not just for Windows. If you use a Mac, you will therefore have direct access to the emojis panel, but also to Spotlight, player controls or even voice dictation.

Logitech MX Mechanical Mini at the best price Base price: €159

Logitech MX Mechanical at the best price Base price: €179

After months of using the Apple mouse and keyboard, switching to the MX Master 3S and MX Mechanical Mini seemed insurmountable. And it is clear that the first hours were quite chaotic, especially in terms of typing speed. The latter has indeed been halved.

But once the bearings were taken, everything was arranged. And the many advantages of the Logitech ecosystem have gradually made me forget my old keyboard and my old mouse. Between customizable backlighting, support for three different devices, and advanced mapping functions, the Swiss solution has a strong case to make. 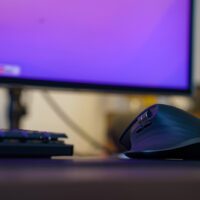