Tess has aged in the PS5 remake

At the Summer Game Fest Naughty Dog the first trailer too The Last of Us Part 1 presented. In it, mostly cutscenes from the original were compared to the upcoming PS5 remake. It is particularly striking that with the more realistic look, some of the figures look older.

This is now again a source of discussion on Twitter. Unlike Joel and Ellie, the supporting character Tess is alien to many fans because she wasn’t part of The Last of Us Part 2 and thus the jump from the original to the PS5 remake is bigger. Despite appearing in a few scenes in the first trailer, it’s this scene comparison shared by Naughty Dog on Twitter that’s currently dividing the community:

The Last of Us Part 1: Fans are arguing about Tess’ appearance

Many players are enthusiastic about the enormous development and particularly emphasize the finer facial features and clearer emotions, which are more convincing in the remake. But there is also some negative criticism under Naughty Dog’s tweet.

The critical opinions relate mainly to age, which has been the most obvious thing about Tess so far.

Are these models being updated to make them more in line age wise to the story? I get a remake but why we making everyone look older?

“Are these models going to be updated to make them more age-appropriate for the story? I understand a remake, but why are we making everyone look older?”

The PS5 remake will be closer to the original performances

Naughty Dog Co-President Neil Druckmann confirmed this at Summer Game Fest. The PS5 technology allows the team to show the actual mocap performances of the actors. That’s why some characters, including the much-discussed Tess, seem to have aged.

You can see some mocap shots of Tess actress Annie Wersching from 10 years ago in the following video: 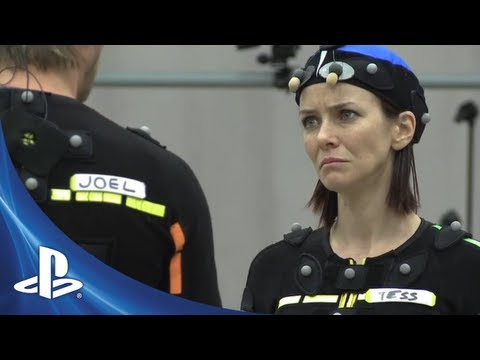 Das PS5-Remake not only offers modernized gameplay, revised controls and more accessibility, but also allows for smooth transitions between cutscenes and gameplay.

The Last of Us Part 1 will include the main story and Left Behind; there will be no multiplayer like in the original. The PS5 remake is expected to appear am 2. September 2022. A PC version will follow.