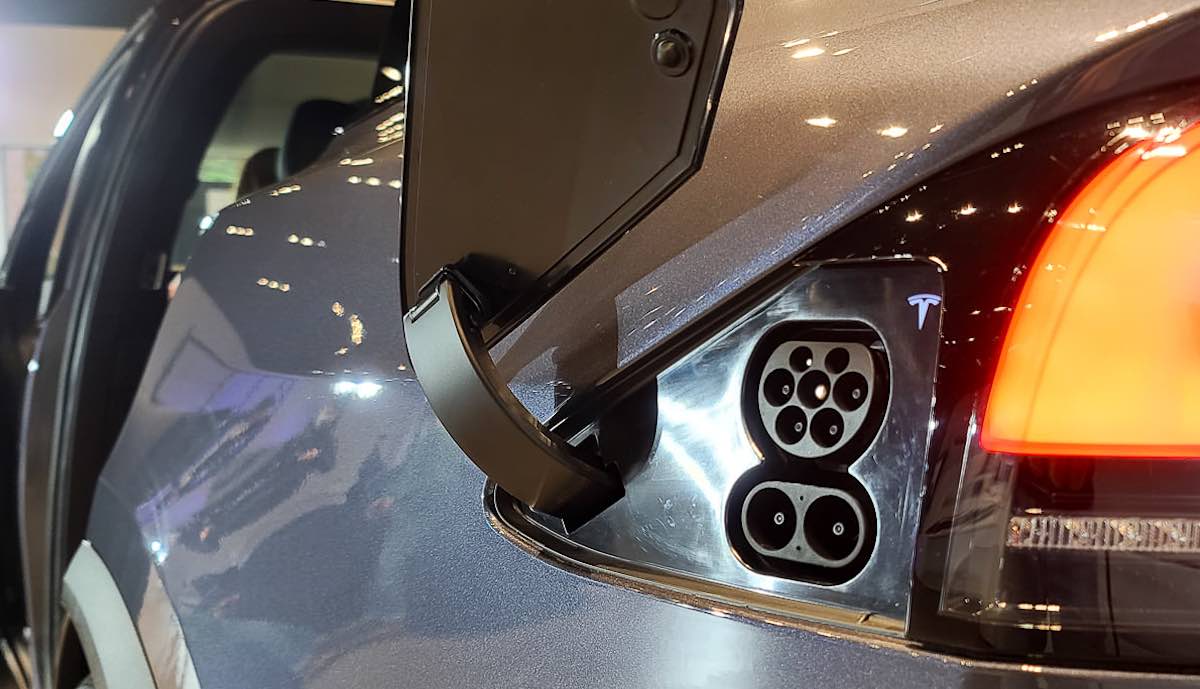 According to CEO Elon Musk, when it was launched at the end of January 2021, it should only take a few weeks for the first refreshed Model S and Model X to reach Europe after the US market. This has now become almost a year, and most recently Tesla even deleted any information on the expected delivery from its Europe configurator. Existing buyers have been informed, however, that they can expect their Model S or Model X to be available in the second half of 2022. In Taiwan, Tesla has now also presented its two premium models abroad for the first time – and clarified a big question for European customers in the process.

Surprisingly, invitations to the Tuesday presentation were shared on social media on Monday. The local club Tesla Owners Taiwan announced a live stream that should start in the morning German time (Update: It was later canceled for reasons beyond the control of the club). But information and photos leaked through in advance during the night. Some of them were apparently deleted, and Tesla is said to have covered the Model S again for the presentation.

The Model X, on the other hand, did not seem to enjoy such protection, and so one of the participants at the event could still be seen clearly on the Facebook page on Tuesday morning: It is getting a larger loading flap like the Model 3 and Model Y on the left taillight unit . Unlike before, there is space underneath for the connection according to the CCS2 standard, as has also been established in Europe. With that, the fear is gone that Tesla could stick with the freshened Model S and Model X with the small flap with a proprietary charging socket behind it, which requires an adapter for CCS charging.

That would not only have been annoying, but could also have meant that Model S and Model X in Europe would continue to charge much more slowly than the two volume Teslas and thus also than many other electric cars. Because the adapter introduced for this purpose in May 2019 allows a maximum of 140 kilowatts, even if the new V3 superchargers from Tesla deliver up to 250 kilowatts. This possible weakness was noticed by many interested Europeans, but their inquiries about Tesla and CEO Elon Musk on social media went unanswered.

Tesla does not mention an export date

With the presentation in Taiwan, however, Tesla has created clarity in this regard – that only the Model X will get space for CCS, but not the Model S, can probably be ruled out. In addition, the two premium models seem to get more modern front headlights. At the back of the Model S, the clip disappears between the taillights, which used to be chrome and became black with the refresh. A Model S in this new design – including a larger tailgate – was filmed during tests in December.

There was initially no new information on the question of when the deliveries of the new Model S and Model X including the Plaid versions outside of North America should begin. CEO Musk had said at the end of 2021 that the first Model S would arrive in China around March. Why Tesla now chose Taiwan for the presentation remained open. The website for the country also stated on Tuesday morning, similar to the one for Europe, that prices, options and delivery dates for Model S and Model X would not be set until later. The Tesla representatives were asked intensively about all these things on Tuesday, of course, reports one participant to teslamag.de. The answer was always “no comment”.