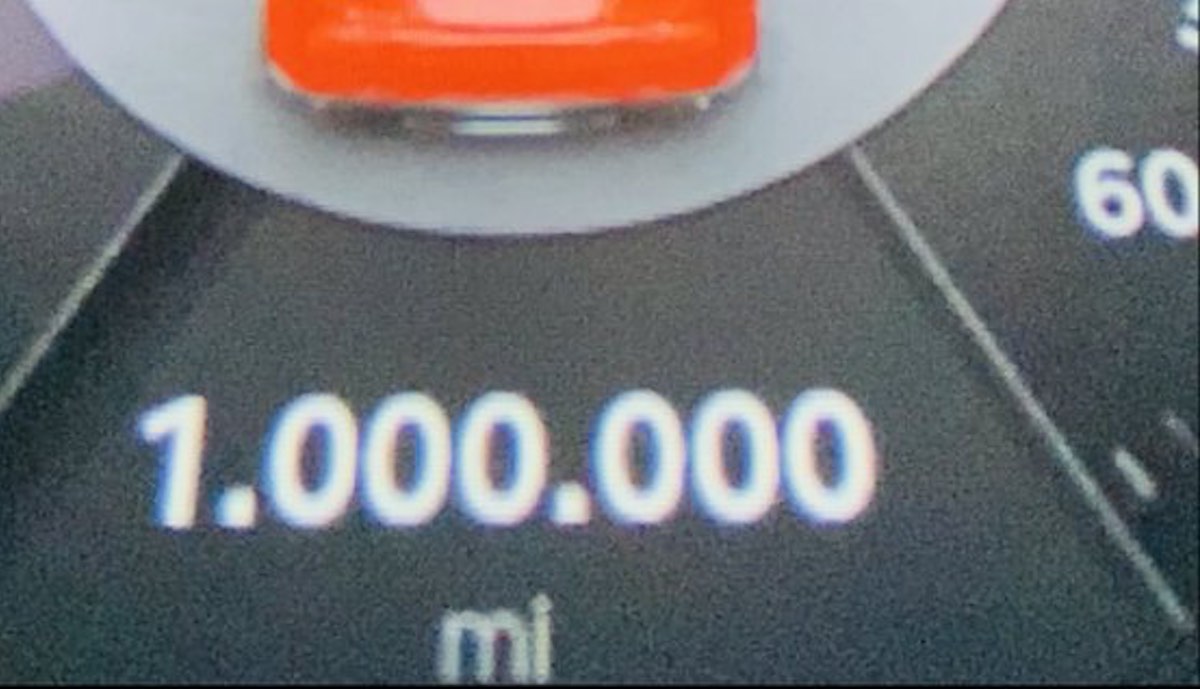 The record was firmly in sight after a series of previous ones and now it’s achieved: The German Tesla driver, who has been driving a Model S fairly continuously since 2014, has now covered more than 1,609,344 kilometers in it. As usual, Hansjörg von Gemmingen-Hornberg announced this on Friday via a new profile picture on Twitter – of course it does not show the crooked kilometer value, but the 1,000,000 miles to which it corresponds. This is an electric car world record and should also find its way into the Guinness Book. However, von Gemmingen-Hornberg has to drive another 20,000 miles because Tesla does not support him, as he says. And otherwise, the relationship between the two sides has cooled.

The German frequent driver had already exceeded one million kilometers in November 2019 and was celebrated on Twitter with a good 5000 likes. A congratulatory answer even came from Tesla CEO Elon Musk, but only almost a year later, when Gemmingen-Hornberg was almost 200,000 kilometers further. At the beginning of this year, the 1.5 million kilometers were full and the million miles were already within reach.

When von Gemmingen-Hornberg now reported that it was exceeded, he was also unusually unhappy about his faithful Model S. He already had the eighth motor in his Tesla, the rest was “scrap”, he replied to a club who asked why because there is no video for the latest milestone. In addition, the battery was replaced three times, as with the drive as part of the eight-year warranty. By the end of last year, von Gemmingen-Hornberg had spent 26,000 euros out of his own pocket on repairs to his long-distance Tesla, as he informed teslamag.de. According to him, this sum has now risen to around 39,000 euros.

In addition, the early Tesla customer (in addition to the Model S, he has a Roadster) showed interest in new electric car competition shortly before the latest record message. Von Gemmingen-Hornberg wrote last week that he might soon be making kilometers with the “Lucid Top Model”. This should mean the Air model from Lucid, which is already being delivered in the USA and is also scheduled to start in Germany this year. And even after the million miles, the longtime Tesla driver publicly flirted with it by asking on Twitter whether the Lucid Air would be recommended.

When asked by teslamag.de, von Gemmingen-Hornberg confirmed that the contact with Tesla had fallen asleep. The company had asked him for “fair weather reports”, but he was not available for them. As a result, the million miles on his Model S doesn’t yet count as a Guinness record because he took it on with 20,000 miles on it, he explained. Because Tesla is no longer interested in a joint record, he still has to drive this distance before the entry.

He also wants to do that, wrote the former model customer, but not as gently as before – and for further records he might actually switch to a Lucid. This tendency could also be related to the fact that, according to him, the eight-year drive guarantee ends in August: According to him, every further motor replacement would then probably cost him 5000 euros, and the battery may not even make the official record anymore. A Twitter video showing the current mileage of his Model S in miles and less in kilometers was still enough from Gemmingen-Hornberg.