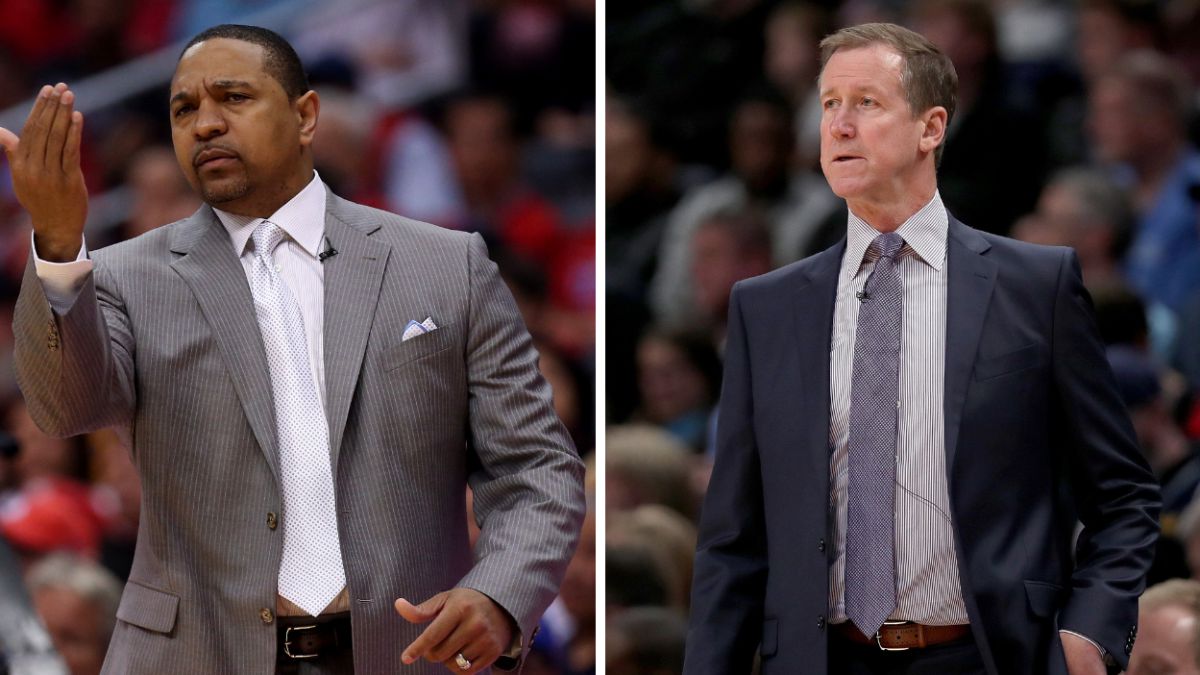 Terry Sotts and Mark Jackson, in the orbit of the Lakers

The Lakers move. The Los Angeles team continues in its particular summer of reflection, one that has come much sooner than initially expected but that there is no other option but to assume. That yes, the defeats demand responsibilities and Frank Vogel was dismissed as soon as the season ended. In fact, and in the umpteenth case of catastrophe, she found out at the press conference after his last game. Beyond that, Rob Pelinka has got down to work and is scanning the horizon in search of a coach who has a profile that LeBron James and Anthony Davis like, of course, who fits in with a franchise as glamorous as the Lakers. and that has the necessary character to withstand the pressure inherent to a bench that forces you to have short-term results and a lot of patience to endure, there are always criticisms.

At the moment, four names have sounded above the rest that are in the orbit of the Lakers: Darvin Ham, Adrian Griffin, Mark Jackson and Terry Stotts. The Lakers have already requested permission to interview the first, as indicated by the parameters of the League, since he is an assistant to Mike Budenholzer in Giannis Antetokounmpo’s Bucks. The second, along the same lines, does the same job for Nick Nurse on the Raptors; and the third and fourth are two old acquaintances from the NBA, with a good career on the bench and a certain reputation that makes them attractive to once again promote a project that, remember, he won the ring in 2020 but has been doomed to gradual failure in the years after the long-awaited title.

Mark Jackson has a bit of a reputation after his stint with the pre-dynasty Warriors. He trained for only three years, without any experience as an assistant, and garnered 23, 47 and 51 wins, making the team a very annoying rival in the playoffs. The technician, yes, was unable to make the leap that Steve Kerr later did and was relegated to the position he held before his experience in Golden State: on TNT, where he acts as a support commentator for the legendary narrator Mike Breen along with Jeff Van Gundy, another former coach who this time does not appear (to the relief of many) in the pools and that he has always shown a knowledge of being in front of the microphones that he never had on the bench.

Terry Stotts, for his part, was an offensive assistant to Rick Carlisles in the Mavericks that won the 2011 ring and later led his own project in the Blazers, whom he led to the playoffs in 8 consecutive seasons, added a maximum of 53 wins and advanced to the Western Conference finals in 2019quite an achievement that the franchise had not achieved since 2000. For now, it has been known that the interviews are being done by Zoom and that Jeannie Buss, Kurt Rambis (of course), Jesse Buss and Joey Buss are present along with Rob Pelinka, and that between 8 and 10 candidates will be interviewed. A decision like this takes some time and will have to count, except for surprise, with the approval of LeBron James. At the moment, there are only conversations. The rest, We’ll see.