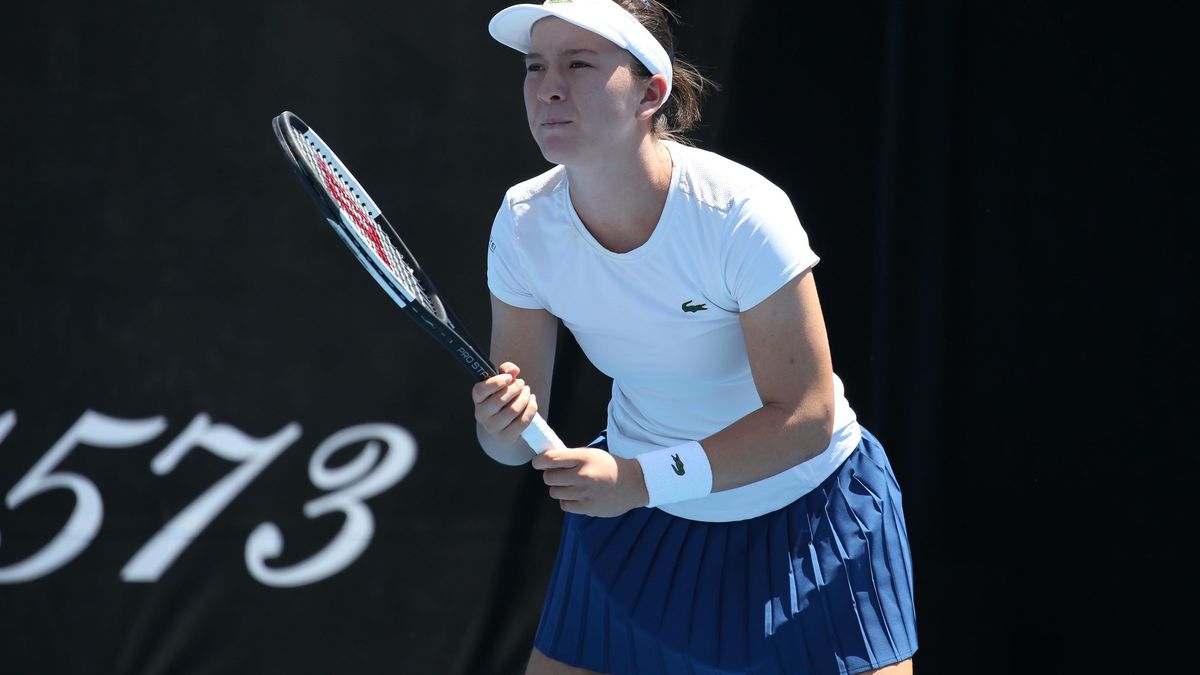 Tennis: Sun and Perrin take a step towards the main draw of Wimbledon

Geneva’s Lulu Sun and Neuchâteloise Conny Perrin qualified for the second qualifying round of the Wimbledon Grand Slam tournament on Tuesday. Four Swiss women in the running were eliminated.

Conny Perrin (WTA 293) defeated Australian Kayla McPhee 6-3 6-3 in the first round of qualifying for the Wimbledon Grand Slam tournament.

The 31-year-old Neuchâteloise will face Andorran player Victoria Jimenez Kasintseva (WTA 163) in the second round.

A second Swiss won her first qualifying match on the grass of Wimbledon: Lulu Sun (WTA 266) won against Italian Federica di Sarra 7-5 6-2. The 21-year-old Genevan will face Briton Sarah Beth Gray (WTA 296) in the second round.

The four other Swiss women in the running were however eliminated. Joanne Züger (WTA 182), Simona Waltert (WTA 190), Stefanie Vögele (WTA 197) and Susan Bandecchi (WTA 236) did not pass the first round hurdle.

The latter is also in the main draw of a Grand Slam for the first time in her career. The 23-year-old Valaisanne was still 451st in the WTA rankings a year ago. Remarkable progress.

On the men’s side, Henri Laaksonen (ATP 95) and Stan Wawrinka (ATP 265), who has a Wild Card, will be in the main draw at Wimbledon. As for Marc-Andrea Hüsler (ATP 104), Dominic Stricker (ATP 188) and Alexander Ritschard (ATP 192), all three have already won their match in the first qualifying round. They only need two more victories to reach the main draw of the prestigious London tournament.