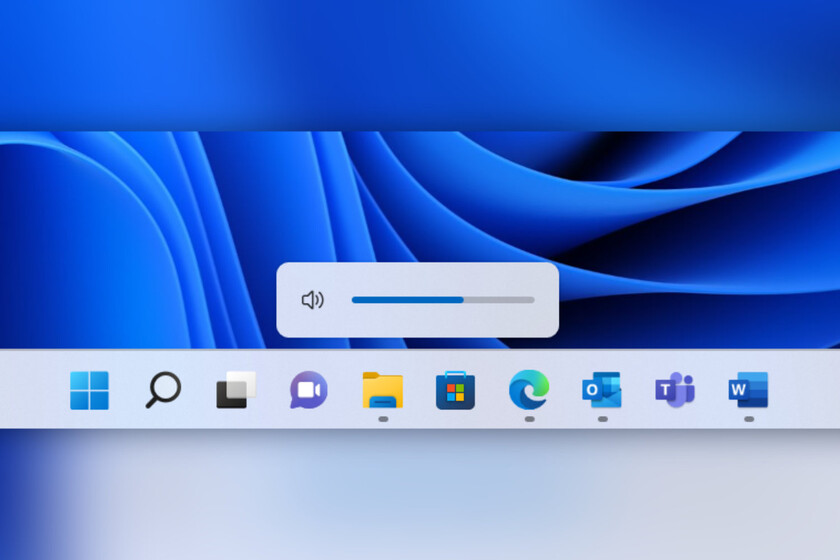 Ten years later, Microsoft changes the volume indicator to be consistent with Windows 11

It was the year 2012 when Microsoft put Windows 8 on the market. Among the many novelties that came with this version of the operating system, especially in terms of design, one of those that we keep to this day is the volume indicator.

When we raise or lower the volume of the PC using the keyboard shortcuts, in the upper left corner of the screen appears a box with a blue bar that goes up and down. It is the volume indicator that we have since Windows 8 and it is curious that now, that we are in Windows 11, it remains the same. However, that is about to end.

And it is that Microsoft has announced the Windows 11 Insider Preview Build 22533, which was released just yesterday afternoon. It has several novelties, but without a doubt the most interesting is the new sound indicator.

Microsoft has updated the flyout design of hardware indicators for brightness, volume, camera privacy, camera on/off and airplane mode. The goal, they say, is to “align them with the design principles of Windows 11.”

This new design, which we can see in the image above, will appear when pressing volume or brightness keys on laptop and pc and, of course, it will respect the dark mode in case we have it activated. It should be noted that both the brightness controller and the volume controller will remain interactive.

Finally, Microsoft has also announced a new experience for when we make calls from the computer through the Your Phone app. This update includes new icons, interface changes and, again, an alignment with the general design of Windows 11.

These news have been published in the developer channel, so we will still have to wait a bit for them to reach the stable. However, Microsoft has published the ISO for this build in case any user wants to try them in advance (being aware, however, that they are exposed to failures).