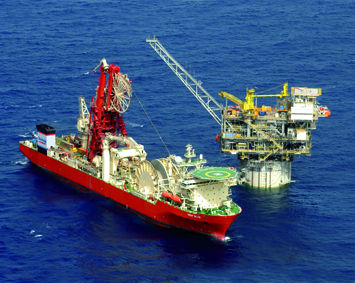 Technip energies: While TechnipFMC will leave the Paris Stock Exchange, the markets are in favor of Technip Energies

(BFM Bourse) – Almost a year after their divorce, Technip Energies (corresponding more or less to the former Technip) and TechnipFMC (the former FMC Technologies) are almost at the end of the separation process. TechnipFMC – which is going to withdraw from Euronext Paris – now only holds 7% of the capital of its former partner. Technip Energies benefits on the stock market.

After the renunciation of a union (officially in force from 2017 and 2021 only) which has never really convinced, the market welcomes a new step bringing Technip Energies closer to its complete emancipation from TechnipFMC – pending a withdrawal of the Parisian quotation (and a probable change of name) of the latter.

Monday evening, the American (even if the company is legally … British) TechnipFMC announced the sale of a block of 9 million Technip Energies shares, or about 5% of the capital of its former French partner (a company of Dutch law), a transaction for a gross total of 118.4 million euros. The unit price has indeed been set at 13.15 euros, a tiny discount compared to the last prices (13.20 euros).

The securities concerned were directly sold to Bpifrance (for 3.6 million shares), to HAL Investments, the holding company of the Van der Vorm family which is in the process of establishing itself as a reference shareholder (for 3.6 million also) and finally to Technip Energies itself (1.8 million treasury shares).

At the end of this transaction and the one announced last March, it is therefore HAL which will become the largest shareholder with more than 10% of Technip Energies’ shares, and Bpifrance the second, while TechnipFMC will only hold a balance of 7%

At the same time, TechnipFMC announced that it intends soon to cease the listing of its securities on Euronext Paris and to refocus on the New York Stock Exchange, by far its main listing place. French holders of TechnipFMC securities currently admitted to listing on Euronext Paris may choose to keep their securities, being aware that they will have to transact their transactions on the NYSE once the delisting in Paris takes effect. Until the day before the delisting, scheduled for February 18, it is still possible to sell them on Euronext, or to contribute these securities (in whole or in part) to a voluntary sale offer. Open from January 12 to 31, this offer is entrusted to a centralizing agent (Société Générale) in this case, who will calculate the average price of TechnipFMC shares on Euronext during the sale period and will return the corresponding proceeds (converted from dollar to dollar. ‘euro) to ceding shareholders once the funds have been received. TechnipFMC will bear the centralization costs and brokerage costs within the framework of the voluntary transfer offer.

The withdrawal of TechnipFMC will clarify the distinction between the two companies, especially for retail investors who have not kept abreast of the strategic reversals of recent years.

Receive all the information on TECHNIP ENERGIES in real time: