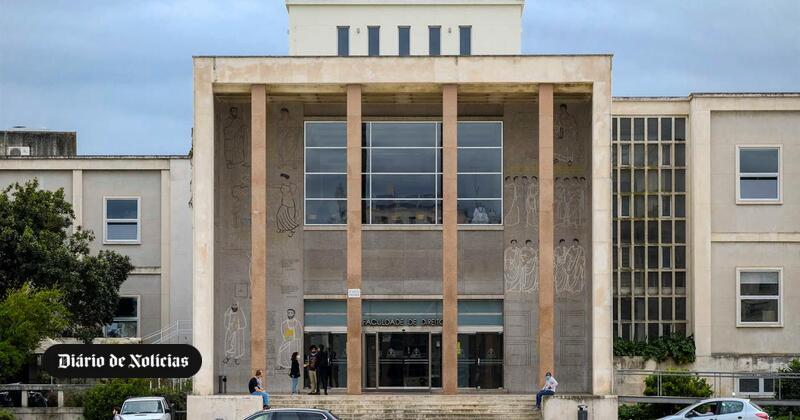 “A professor accused another professor of having put pressure on the Academic Association of the Faculty of Law of the University of Lisbon [FDUL] so that the process of supporting and following up on allegations of harassment at the college would be interrupted and hushed up. However, the president of the Academic Association has always denied the existence of these pressures.”

This is the excerpt from the statement signed by the director of the FDUL, Paula Vaz Freire, and issued this Friday afternoon, which led the teacher in question, the assistant Miguel Lemos, to in turn send a statement to the media in which he announces that go “to request the Rector of the University of Lisbon to initiate disciplinary proceedings against the Director of the FDUL, given that, by issuing a statement to the entire Faculty, in which he takes a position on the facts under investigation in a disciplinary process that has not been decided and in the which the person concerned has not even had the opportunity to present his defense, the Director of the FDUL violated her duties of impartiality, impartiality and correction.”

The violation alluded to is related to the fact that Paula Vaz Freire assumes in her statement the version of the facts contained in the complaint filed by professor Miguel Teixeira de Sousa against Miguel Lemos and categorically state that “the president of the Academic Association has always denied the existence of these pressures”. A statement that, since Catarina Preto, the president of the association, is one of the witnesses in the process brought against Lemos, anticipates conclusions and can in itself be considered a pressure on the student.

“It’s unbelievable. You’re taking the side of one teacher against the other”, comments a school teacher interviewed by the DN who prefers not to be identified and who assures that there is great irritation among some of the teachers in the face of recent events. “This announcement is going to stir up tempers, I don’t know where this is going to end up.”

“See there don’t harm yourself, be careful there are things you’re better off not talking about”

It is recalled that, as DN reported this Friday, Lemos, author of the proposal to investigate harassment at school that was approved by the Pedagogical Council, and which resulted in the opening of a channel for complaints that received 50 validated reports of harassment moral, sexual and discrimination, was notified this week that the University of Lisbon has instituted disciplinary proceedings against him.

At issue is, in two meetings of the Pedagogical Council (PC) – body of which Lemos is a member and in whose scope he presented the aforementioned proposal -, referred to the existence of pressure on the direction of the Academic Association of the Faculty of Law of Lisbon (AAFDL), by a professor at the FDUL, “so that certain matters were not discussed in public”, which he considered “unacceptable”.

On March 2, in an exhibition delivered to the body in which he presented the proposal in question and narrated that he had asked some students about the existence of harassment at the faculty (exhibition attached to CP minutes nº 5 of 2022, which since this Thursday afternoon was made public), Miguel Lemos said: “I heard that some professors had approached the direction of the AAFDL, regarding the public discussion of cases of harassment in our faculty. valid, as well as concerns about taking care of your academic life, these “see, don’t harm yourself”, these “be careful, there are things you’d better not talk about” in the context of publicizing cases of moral and sexual harassment can only be understood, and are, as forms of pressure and an attempt to cover up a reality that, unfortunately, marks the academic life of our school. These approaches are (…) themselves, forms of harassment.”

A disciplinary process based on a question

At the next meeting, held on March 7, at which his proposals were approved, Lemos would end up, as mentioned in the minutes, by indicating who would be the professor in question.

He did so after the president of the CP, António Barreto Meneses Cordeiro, asked “whether any of those present had received pressure to cover up any case of sexual harassment or if they were aware that anyone had received pressure”. Lemos replied that yes and that “these facts were known to the chairman of the council”, as he denied it, the assistant regretted that Meneses Cordeiro “had stated that the facts referred to by him were not the truth”, questioning next: “Why did Professor Miguel Teixeira de Sousa call me on March 2 at 4:45 pm?”

This is the version of the facts contained in the minutes, which results from the agreement of all those present. It appears that the call in question took place because the president of the Pedagogical Council warned Miguel Teixeira de Sousa of Lemos’ suspicions – a fact that Meneses Cordeiro confirms to DN, admitting that he spoke with Teixeira de Sousa and Catarina Preto about the matter.

Miguel Teixeira de Sousa admits to having spoken, in February, with the president of AAFDL – who in January had, in the Pedagogical Council, denounced the existence of sexual and moral harassment by teachers of students, as well as a “climate of fear” that prevented the latter from filing complaints, not least because they were convinced that it would be useless, because “impunity reigns” – on the subject of harassment, but denies having exerted any pressure; considering that there was a “violation of the duties of correction” on the part of Lemos, constituting an offense” to his “honor and dignity”, on March 17 he filed a disciplinary report against the assistant.

Director is a witness in the case against Miguel Lemos

Among the witnesses named in the case against Lemos is the director of the faculty, which is why, as she explains in her statement, she considered that she could not initiate disciplinary action: “At the University of Lisbon, disciplinary competence is normally delegated by the Dean However, in this case, as the director of FDUL was named as a witness, she considered that the process in question should not be promoted by her. Therefore, the direction of the faculty made this complaint known to the Magnificent Rector of the University of Lisbon , which proceeded with the initiation of disciplinary proceedings and the appointment of an instructor external to the Faculty of Law.”

In Miguel Teixeira de Sousa’s complaint, to which the DN had access, the report of the facts regarding what happened at the CP meeting does not coincide with what was stated in the minutes of the Pedagogical Council meeting.

It is said in the complaint that Miguel Lemos clearly indicated the name of Miguel Teixeira de Sousa as being that of the professor who would have pressured the president of the Academic Association, when in the minutes, as described above, he is mentioned by Lemos as the author of a phone call.

The statement from the faculty director seems to assume the version contained in the complaint and not the one in the minutes, stating: “A professor accused another professor of having put pressure on the Academic Association of the Faculty of Law of the University of Lisbon [FDUL] so that the process of supporting and following up on allegations of harassment at the college would be interrupted and hushed up.”

Likewise, as already mentioned, the director states that “the president of the Academic Association has always denied the existence of these pressures”, when this is obviously one of the central issues to be resolved in the disciplinary process – whether or not Catarina Preto had told anyone that she felt Miguel Teixeira de Sousa’s intervention as pressure. And if, even if this is not the case, the terms, the manner and the moment of the conversation can be interpreted as a pressure.

According to the full professor, he spoke to Catarina Preto, informing her that he was aware that “rumors were circulating in the FDUL of situations of harassment by professors towards students”. Both, reports the professor, will have “agreed that the situation was completely unacceptable but that, given its squeamishness, should be treated appropriately“. “In this context”, continues the professor’s report, “in a spirit of total understanding between the two, Madam President [Catarina Preto] referred that the matter was likely to “ruin anyone’s life”.

The DN sought to obtain a comment from Miguel Lemos on this situation, but the assistant said he did not want to add anything further at this time. In the early hours of Friday, he had shared on Twitter the front page of the DN, whose headline is the news about the disciplinary case brought against him, writing: “I would like to inform you that yesterday I was notified by the Rectory of the University of Lisbon of a disciplinary proceeding against me in reference to alleged pressure on the AAFDL. I want to guarantee that I will do everything to clarify all the facts, not letting myself be intimidated by these expedients.”

Since Thursday, DN has been trying to reach a conversation with the director of FDUL, without success.