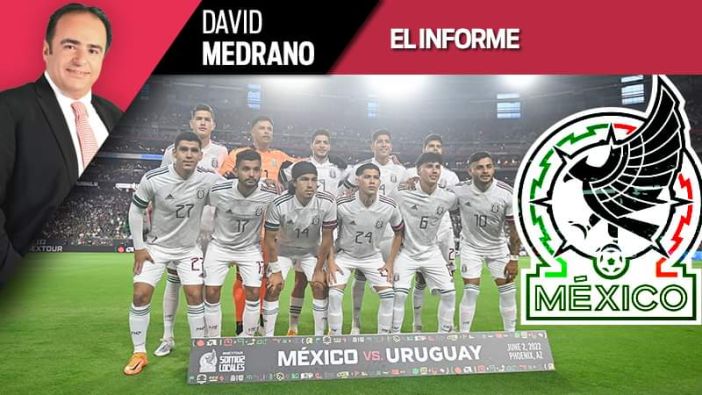 Three months after Gerardo Martino announces the list of 26 summoned to play the 2022 World Cup, the Argentine coach has defined between 20 and 21 places for now, which means that there are between five or six spaces available to be defined. in the three friendly matches ahead. Tata’s intention is to announce the definitive list of the 26 summoned between October 24 and 25, and that those of the Liga MX travel to Girona, Spain, on October 31, to do a special job, while those who play in foreign leagues would be integrated according to how the leagues in which they play finish. Before releasing the list Mexico they will play on August 31 in Atlanta against Paraguay and later in September in California they will face Peru and Colombia.

What will be experienced tonight in La Paz, Baja California, in the Expansion League, since for the first time a woman will direct a match of that category and also for the first time the three whistlers will be women, which constitutes a historical fact. The duel between Atlético La Paz against Celaya will be directed by Katia Itzel García Mendoza and for this occasion the Commission decided to accompany her with two First Division assistants, such as Karen Janet Díaz, who will be in Qatar 2022, and Enedilla Caudillo. Katia has an international badge and is one of the great promises of the Arbitration Commission.

Angel Monroy Bello and Alex Meza, the elements that served as VAR and AVAR in the match between Chivas and León do not have a designation for Matchday 5 that begins today, which shows that both were suspended for the annulment of Alexis Vega’s goal, while in the case of the central judge of that match, Jorge Antonio Pérez Durán, he has a designation for Necaxa against Puebla, and therefore it is verified that those responsible for removing that goal were those of the VAR. Monroy Bello apart already brought the annulment of Fidalgo’s goal in America against Toluca.

YOU MAY ALSO BE INTERESTED IN: JAIME ORDIALES WANTS TO ERADICATE PESSIMISM ABOUT THE MEXICAN TEAM.