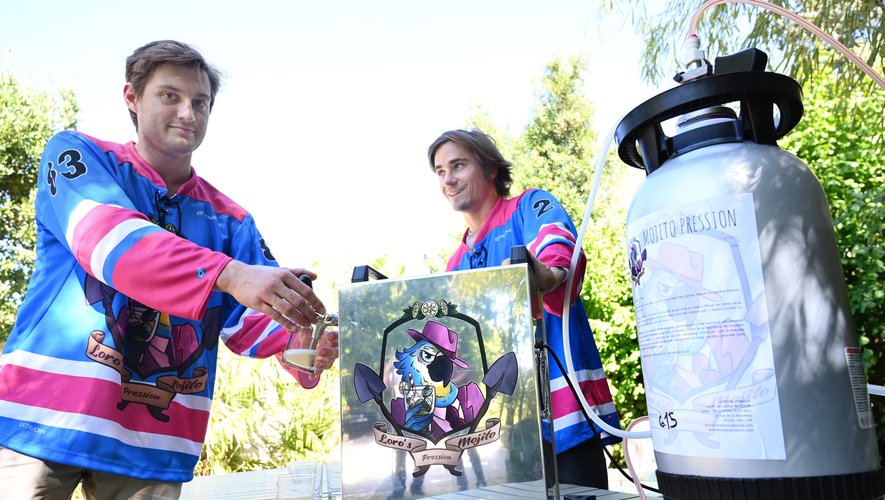 the essential
Loro’s mojito, quesaco? It was the idea of ​​two young Albigensians, who marketed the first draft mojito, packaged in barrels and served like a beer.

A base of rum, soda, lime and a few fresh mint leaves… Your mojito is ready to taste… Marius Chapon and Louis Midy, two young students from Albi, drank some. So, when it was time for confinement, the two students decided to put this time to good use. One is following a Master’s degree in law in Paris, the other is a student pilot at Air France in Toulouse.

“The confinement was for many a period of creativity. We had returned to Albi to spend time with the family, and we had the idea of ​​creating our mojito on tap”. Yes, you read that right, a mojito packaged in barrels and served on tap, like a beer. The two young 24-year-old Albigensians are embarking on this project.

By dint of tests, trials and tastings with friends or family, Marius and Louis finally find the ideal formula. “Of course we wanted to have a quality product, with fresh products and which can be kept in barrels for 6 months. So we multiplied the tests. Sometimes you had to add 1% sugar, or remove 1% rum, etc. We made everyone around us taste it, with different profiles, to get closer to what we wanted”. After a year and a half, the Albigensians finally found the formula… The brand “The pressure mojito” was born.

Before becoming a pilot, Louis began studying engineering. It was he who took care of the “technical” part, using vats and brewer’s know-how. In their small premises converted into a production center, the plastic tank that was used for their first blends still stands. The material is now of a completely different caliber.

With his knowledge of law, it is Marius who is in charge of the legal part and the paperwork.

For the past few months, the two apprentice mixologists have therefore been ready and can market their recipe. And it was with no less than the Pause Guitar festival that Marius and Louis signed their first contract. “We canvassed them, and it went very well. We focused on this contract for months. In total, “The pressure mojito” provided the big Albigensian festival with 1,800 liters of pressure mojito, Loro’s mojito, as they called it.

Now, all that’s left to do is make this first successful experience a reality, they hope. A bar in Lescure, a caterer, an event in Cahors etc. It’s starting to take well, ”rejoice the two entrepreneurs.

But by the way, why a Mojito, and why on tap? “Simply because it’s the most popular cocktail. In a crowded bar or nightclub, you’re rarely satisfied with your hastily made mojito when 30 people are waiting at the counter. In a festival, you are not offered anything other than beer or wine. There, it is packaged in barrels, and ready to use. You can add an ice cube or a mint leaf for aesthetics, but the mixture is already ready and all the flavors are already there”.

All that’s left is to taste…