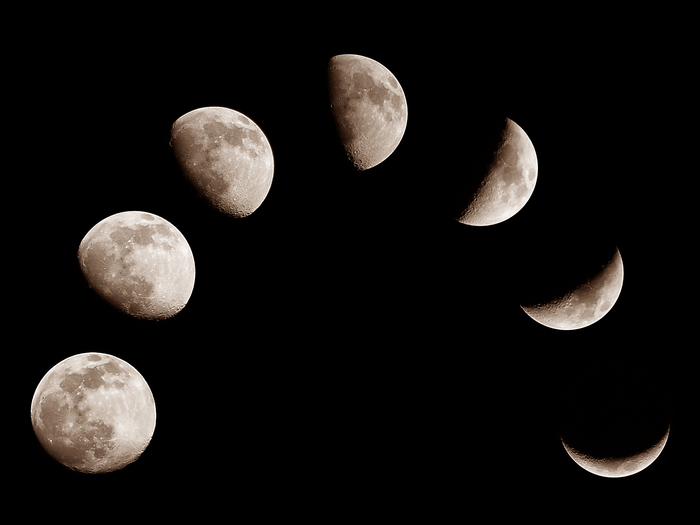 The Moon is the protagonist of the July sky, the only month of 2021 with 5 moon phases: “at the beginning and at the end of the month the last quarter phase will occur twice”, explains the Italian Amateur Astronomers Union (Uai). In addition, our satellite in July will have several encounters with planets of the Solar System: just before mid-month it will greet Mars and Venus, arm in arm. Then at the end of July it will meet the gas giants, Saturn and Jupiter.

Meanwhile, after the Summer Solstice, the days will slowly get shorter again. “From 1 to 31 July – explain the Italian amateurs – the duration of the day will become about 44 minutes shorter”. Furthermore, in July, the Earth will be at the maximum distance from the Sun, the so-called aphelion. It will occur, explains the UAI, “at 1 am on July 6, summer daylight saving time, and our planet will be at a distance of 152,100,376 kilometers from the Sun”.

During the month of July there will also be several celestial encounters between planets. After the sunset, on the evening of July 12, the Italian amateur astronomers specify, “the western sky will show us a suggestive concentration of stars, starring the crescent moon, the star Regulus of the Leo constellation and above all a pair of planets. very close to each other, Venus and Mars “. The two planets will be the protagonists of a conjunction, which will bring them very close.

It will be possible to observe the two planets, the UAI experts specify, “on July 13, in the constellation of Leo, in the early evening hours”.

Then, towards the end of the month, our satellite will encounter the gas giants. “The full Moon will dominate the sky on July 24, in the constellation of Capricorn”, explain the UAI experts. “In the evening we will see it rise, on the horizon to the south-east, preceded by Saturn. On July 25, however, our satellite will reach the constellation of Aquarius, where it will meet Jupiter”.

Finally, the July sky will also give us the observation of the International Space Station (ISS). “We will have to wait a dozen days – conclude the Italian amateurs – but we will return to see you again in the evening”.