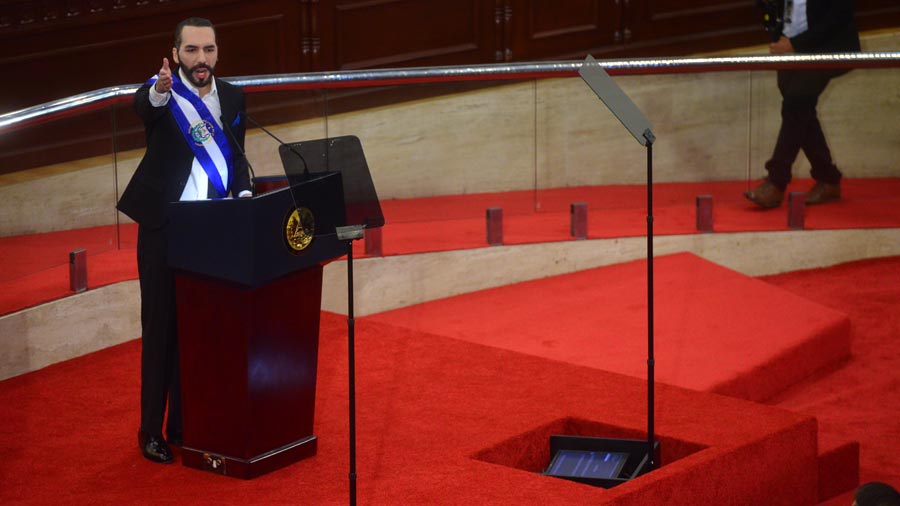 Although Bukele attended the Assembly yesterday with the purpose of rendering accounts for two years of government, in his speech he did not give data or information on the two years of his administration.

Despite the fact that Nayib Bukele has been president of El Salvador for two years, he had not given an annual report on his government management until yesterday.

However, what should have been a rendering of accounts became a speech with few aspects to verify. This newspaper collects some of the phrases that the president said two years into his administration:

“Although we are a violent country, we are no longer in the 10 most violent countries in the world, when before we were the first.”

“The previous Constitutional Chamber gave express resolution in 24 hours to some and it took 20 years to resolve others.”

During the years 2011 and 2017, the Constitutional Chamber received 10,418 cases between amparos, habeas corpus and unconstitutionalities, equivalent to an average of 31 files per week. The Data Unit of El Diario de Hoy documented how the previous Chamber reversed a trend of judicial delay and, as of 2014, the cases resolved surpassed the new ones. Each year an average of 1,300 cases entered and the Chamber resolved them. So to speak that they have taken up to 20 years to resolve cases falls into the category of misleading.

“It was unthinkable that we were going to build phase I of a first world hospital with 400 intensive care beds in less than three months.”

The first phase of the El Salvador hospital, a building already built, and where the Center for Fairs and Conventions (CIFCO) previously operated, took four months to complete. It was inaugurated on June 21, the date when COVID cases reached their highest peak since the first case was reported in March.

But it was not inaugurated with 400 intensive care beds as the president has said on several occasions. Since Hospital El Salvador was inaugurated, Bukele has provided inaccurate data on the hospital capacity of the center. A document published on the website of the Presidency last year stated that the first phase of Hospital El Salvador, located between pavilions 1 and Centroamericano (of the former Cifco), actually had 105 beds for the Intensive Care Unit (ICU) and no with 400 beds.

SEE ALSO: Political opposition questions that Bukele did not render accounts in the Assembly, but rather a “hate speech and confrontation”

Breaking the digital divide is not the same as bridging the digital divide. The Government has given computers to students and teachers of the public educational system in the country, but experts have pointed out that although students have technological equipment, it must be accompanied by training in its use and also connectivity.

Kantar’s latest study estimates that at least half the country does not have internet access. And most of those that do have access through mobile devices.

The Government does not yet have tools that measure the digital divide, but the Household and Multiple Purpose Survey (EHPM) indicated that only two out of 10 households had internet access in 2019.

“We host a world surfing championship, the first in the history of the country, which will classify athletes to the Olympic games.”

It is the first time that the country has hosted a championship that classifies Surf athletes to the Olympic Games. The World Cup, pre-qualifying for the Games, is the first of its kind in the country.

SEE ALSO: What Bukele Missed In His Second-Year Term Speech

What do the categories used to verify the president’s speech mean?

True: It agrees with reality and data.

Fake: It does not match reality or the data.

Misleading: Half information, which cannot be verified due to lack of information or data.

How do we do the verification or fact checking?

We look for documentary sources, such as archival notes or documents published by international organizations, institutions, non-governmental organizations or state entities. Also statements of officials and experts on the subject to verify. If you have a suggestion or comment write to: [email protected]