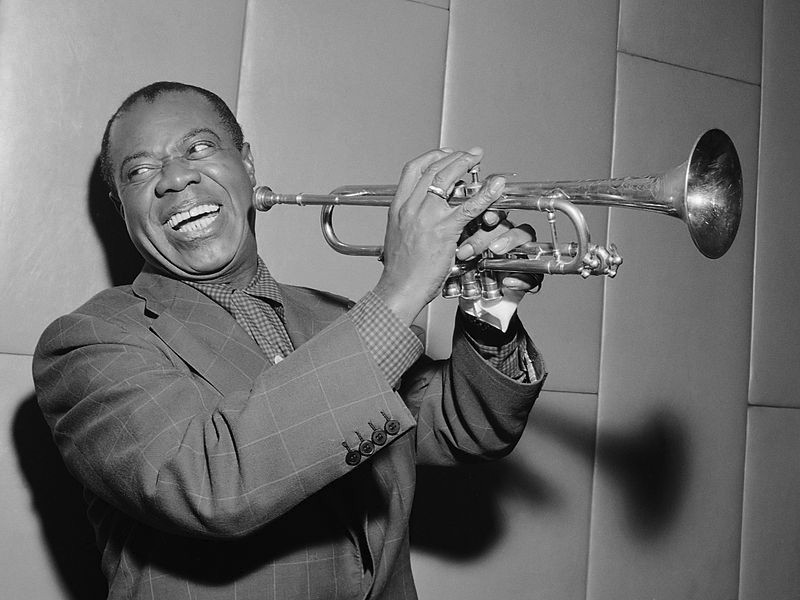 The Competition Commission (Comco) imposed a fine of around 270,000 francs on German tobacco producer Pöschl Tabak.

The latter had concluded export bans to Switzerland with several European distributors, locking out the Swiss market.

Pöschl, which markets snuff and roll tobacco in Switzerland, cooperated with the competition authorities and the procedure ended with an amicable agreement, Comco said in a press release on Tuesday. The sanction was reduced thanks to the cooperation of the company present in Reiden, in the canton of Lucerne.

‘Export bans were provided for in distribution agreements with several European distributors’, who were not allowed to deliver tobacco products to Switzerland. ‘Such territorial protection agreements are illegal, because they lock the Swiss market and hinder competition,’ explains the Competition Commission.

Foreign distributors are now allowed to fulfill orders from customers in Switzerland without restriction. The decision of the Comco can be appealed to the Federal Administrative Court. 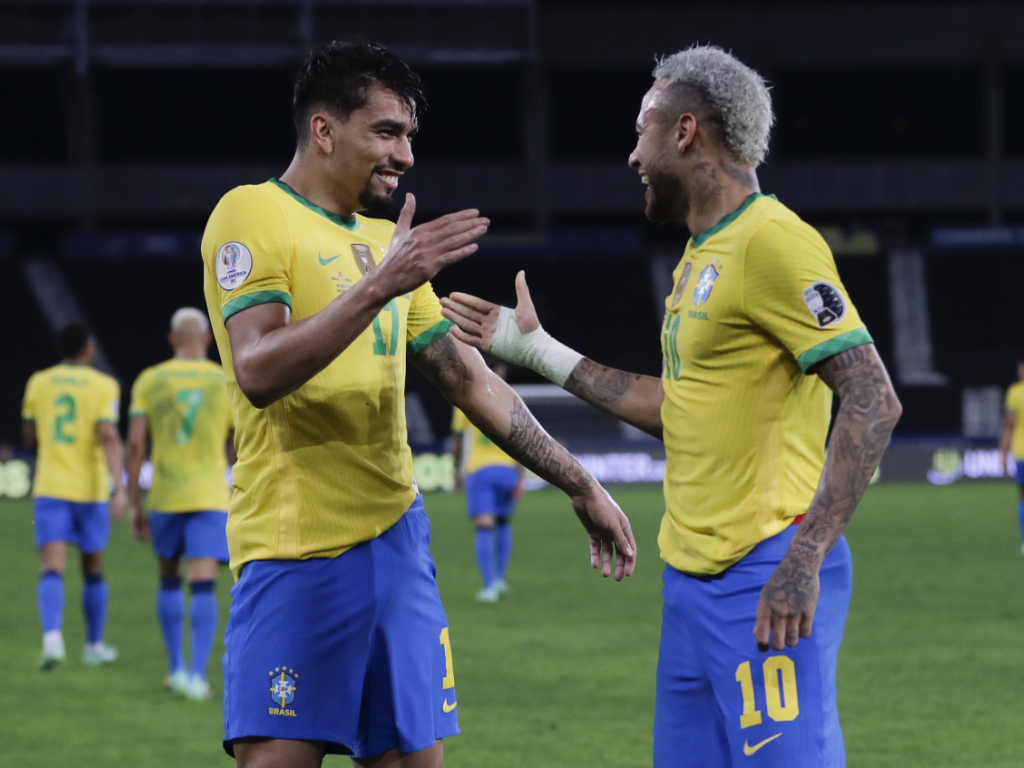 Brilliant in the first period, rough after the break, Brazil qualified for the Copa America final by defeating Peru (1-0).

The Auriverde made the difference thanks to a goal from Lyonnais Paqueta after a Neymar festival.

La Seleçao suffered at the end, but the main thing is done: the host country will be there Saturday at the Maracana to try to win its tenth title in this tournament. And ‘Ney’ will reunite with his former Barca pal Lionel Messi for a dream poster if Argentina manages to eliminate Colombia on Tuesday.

The two stars are still chasing a major title in the selection: injured in the ankle, Neymar had not taken part in the conquest of the ninth Brazilian title during the last edition, at the Maracana. ‘I want (to face) Argentina, I am for them because I have friends in this team, but it is Brazil who will win the final,’ said the Paris striker.

On Monday, at the Nilton Santos stadium in Rio, the number 10 splashed the match for his class in the 35th minute of play, with a string of dribbles in the middle of three players to serve Paqueta. The young Olympique Lyonnais midfielder scored his second goal in the competition, his fifth in 20 international matches, but limped out in stoppage time.

Brazil were overwhelmingly favorites in the semi-final, having won 4-0 in the first phase against an opponent they also beat 3-1 in the Copa America final two years ago. But the Peruvian goalkeeper Gallese has long delayed the deadline, notably signing two high-class saves in quick succession, against Neymar and Richarlison (19th).

Author of their most successful half-time since the tournament, Brazil deserved better than this narrow score at the break. But Peru was much more to its advantage in the second half, facing a Seleçao that had become harmless. Brazilian goalkeeper Ederson had to pull out all the stops against Lapadula (49th, and Garcia, 60th) to preserve the slim advantage. 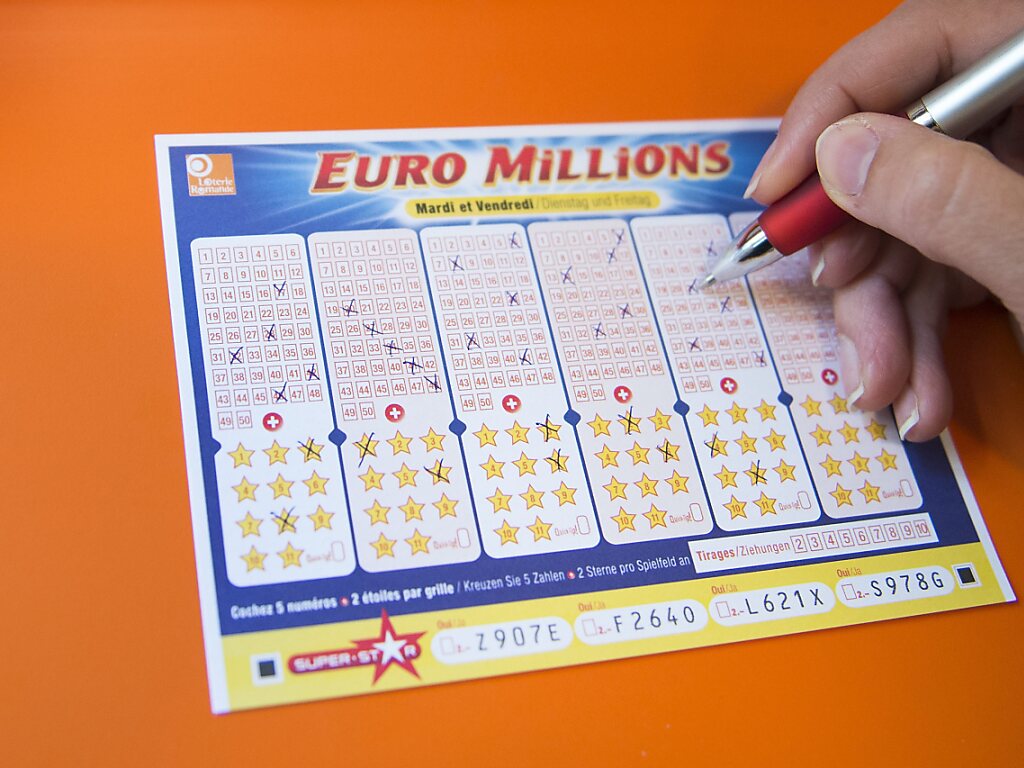 During the next draw on Tuesday, 19 million francs will be at stake, says Loterie Romande. 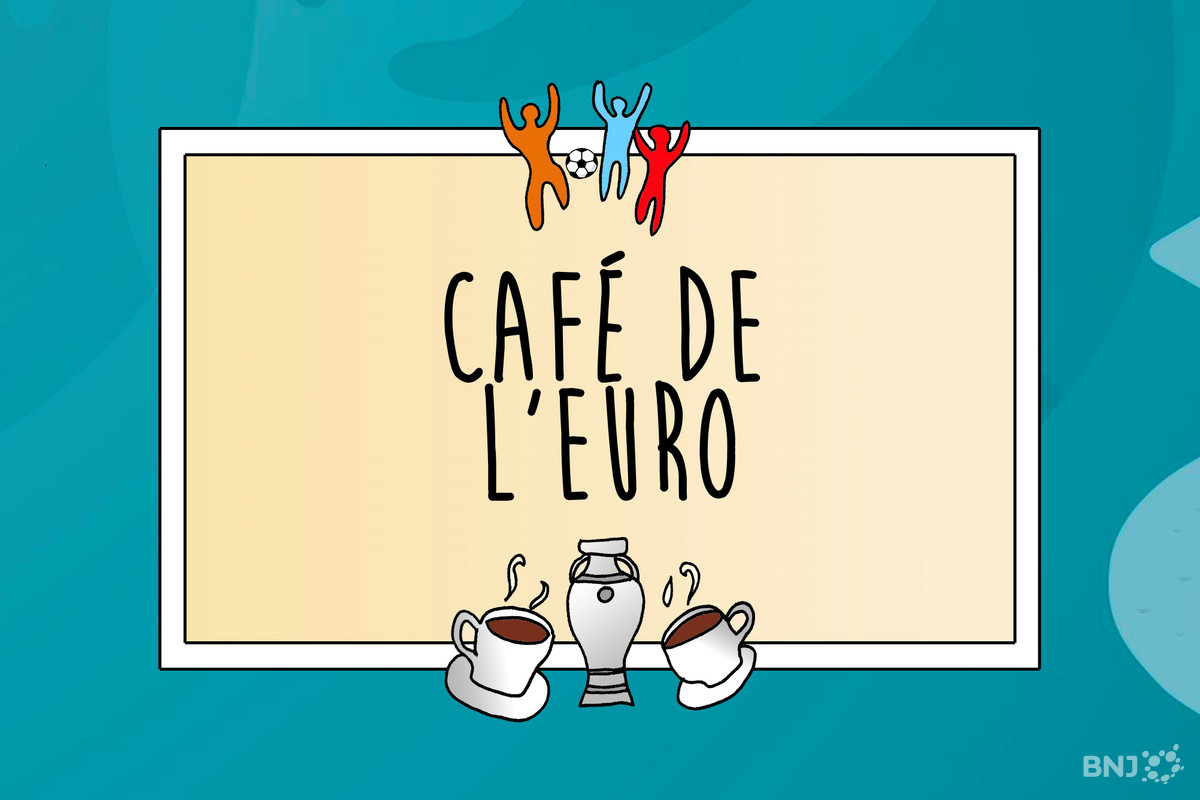 Euro 2020 can be enjoyed on your radio. The Euro Café is offered to you from June 11 to July 12. This show takes you at 1 p.m., Monday to Friday, to the heart of the competition. The European football championship is analyzed by our journalists as well as our football experts, all complemented by a touch of humor and a little music. The Euro Coffee can be enjoyed without moderation. / msc

Analysis of the day

The shadow of the coronavirus hangs over Euro 2020. The Covid-19 has redistributed the cards in the organization of the competition and, also, within the selections.

Jérôme Mouttet presents this Friday the first opponent of the Swiss team, Wales. 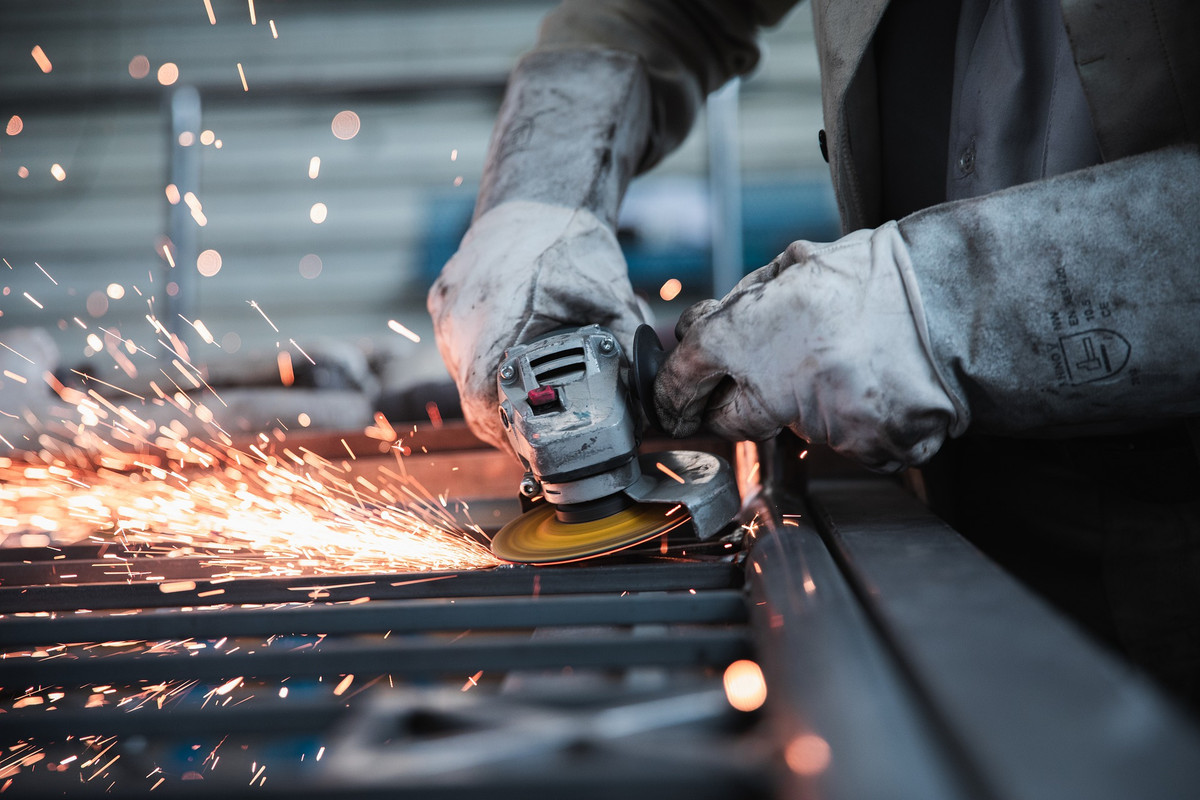 The Industrial and Employers Association (AIP) prize for the best training company was awarded Thursday evening at Club 44 in La Chaux-de-Fonds. The winners are SDB metal constructions, in La Chaux-de-Fonds, Patric concept, in Colombier, and Felco, in Geneveys-sur-Coffrane.

This award highlights their efforts in terms of dual training and commitment to their apprentices and highlights the best training companies in the canton of Neuchâtel. On Thursday, each of the winners was given a film about their company, to be used for any commercial or training purpose.

The industrial umbrella association is convinced that training is one of the keys to the resilience of the industrial fabric of Neuchâtel. The winners are offered various means of promoting their activities as well as a prize of up to 10,000 francs for the first, as is the case for SDB. The two State Councilors, Crystel Graf, in charge of training, and Alain Ribaux, in charge of the economy, sent a message to the assembly. The awarded companies are active in metal construction (SDB), mechanical engineering (Patric concept) as well as in cutting and pruning tools (Felco). / ats 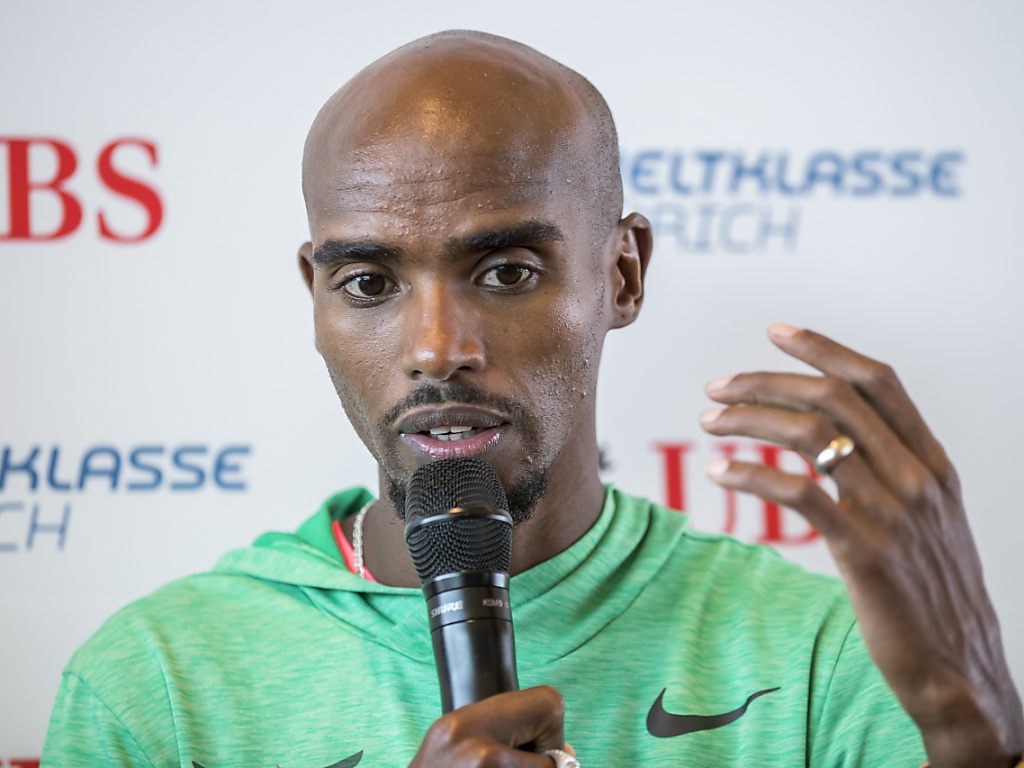 Mo Farah largely missed the Olympic minimums over 10,000m during the European Cup played on Saturday in Birmingham. The Briton was making his comeback on the track.

The four-time Olympic champion was back on the track after four years on the road, but he missed his bet. The qualification period for the Olympics ends on June 29. 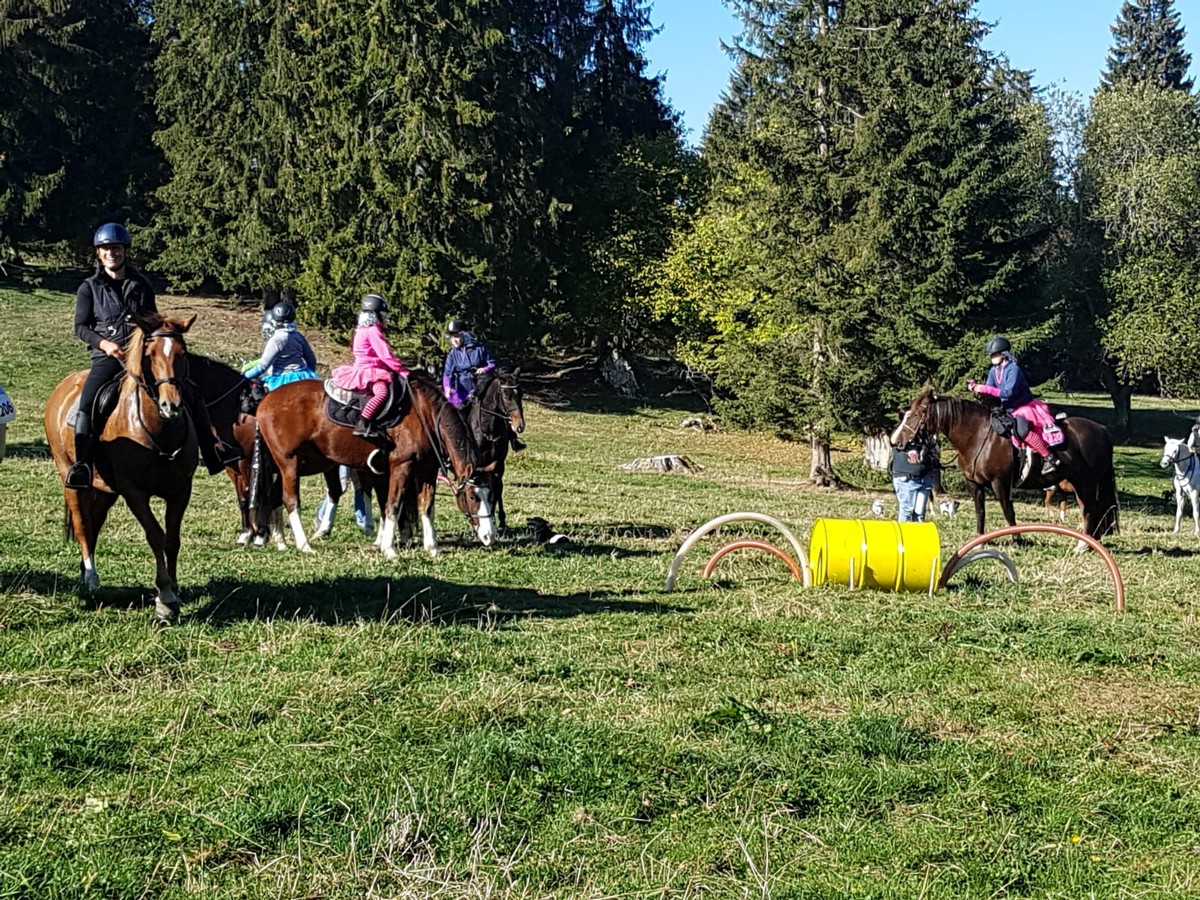 The organizers of the Franches Equi Trail want to be optimistic. They announce this Saturday that the 17th edition of the equestrian event will be held on October 23. The start of this orienteering race on horseback will, as usual, be on the Esplanade du Marché-Concours, in Saignelégier. Scheduled last year, the event had to be canceled due to the health crisis. “Thanks to a concept that takes place mainly in an open environment, it should be easy to be able to comply with all sanitary measures”, underline the organizers.

Registrations will be open at the beginning of July and participants of the 2019 edition will receive their registration form. It will also be possible to do this online on the competition site. / comm-alr 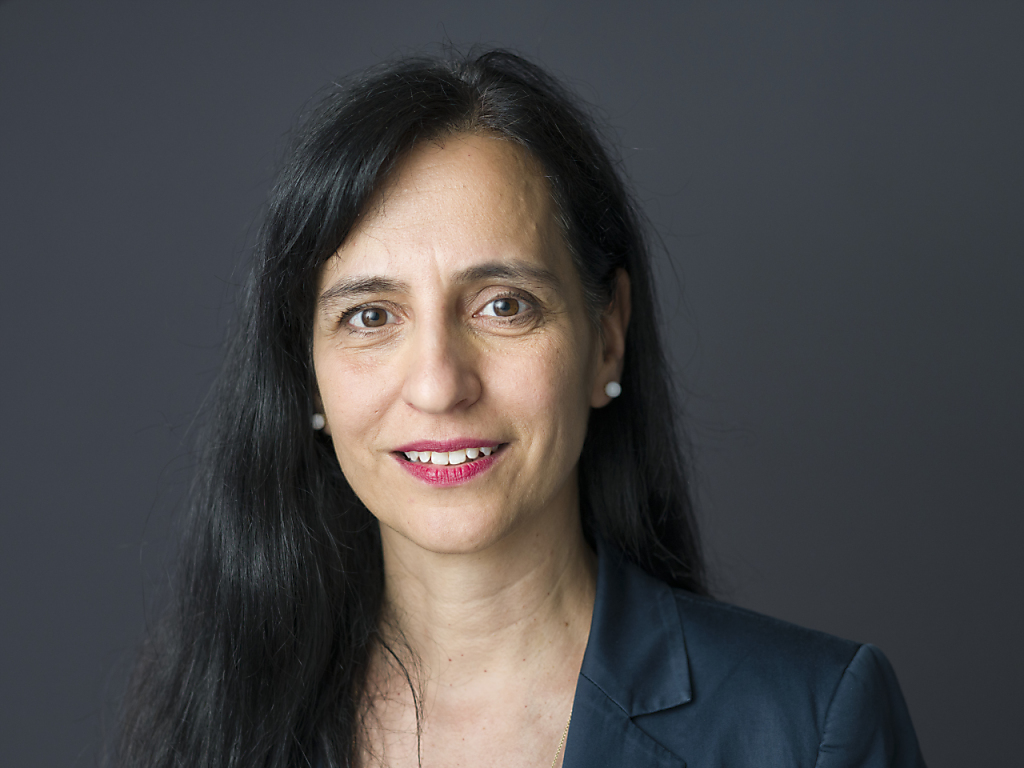 The Unia union has appointed its new board of directors. The 350 delegates notably re-elected Vania Alleva as president, during a decentralized congress which was held Friday and Saturday in 14 localities.

Bruna Campanello and Yves Defferrard are them newly elected to the executive committee, for the first time with a female majority, Unia indicates in a press release on Saturday. Corrado Pardini, who resigned in 2020, and Aldo Ferrari are stepping down from the board.

In her speech, Vania Alleva described the vote as a sign of historic change. ‘When I took my first union job in 1997, the assemblies were almost entirely made up of men. As for leadership positions, let’s not even talk about them. We had made some efforts and found a single woman to sit on the steering committee, ‘she recalled.

Ms. Aleva is convinced that this change will improve the union’s ability to offer responses to the digitization, precariousness, tertiarization and globalization of the world of work. It designates as main objectives for the years to come the strengthening of social security and collective agreements, equal pay and union development in essential service professions.

‘A strong wind is blowing against us,’ Vania Alleva noted on Friday, at the opening of the fifth ordinary congress. In particular, she pointed out the attacks by employers against the retirement age at 60 in the construction industry.

Among the strategic priorities retained for the coming years, Unia wants to focus its efforts on organizing the health sector, ‘very little covered by unions but which employs nearly half a million workers’

Delegates also adopted a resolution on combating the pandemic. They called for a ‘solidarity offensive’ in the coming years to prevent ‘social division’. Among the measures adopted are full wage compensation for partial unemployment and compulsory labor contracts, particularly in care, sales and logistics.

Endangered jobs in particularly affected sectors such as catering must also be maintained. Delegates also accepted the idea of ​​a Covid solidarity tax targeting the super-rich.

In addition, the delegates gave the green light to a debate on the Unia 2.0 reform. The latter will be discussed at an extraordinary congress to be held in early 2023. 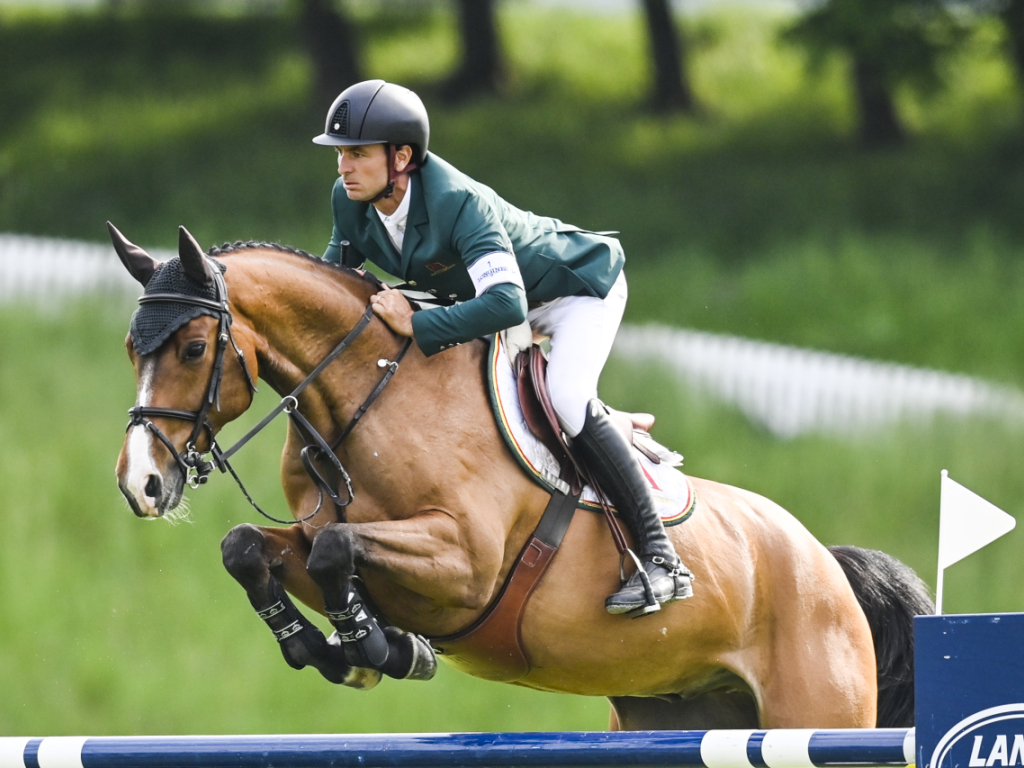 For the first time since 2012, Switzerland did not have a rider on the podium of the Grand Prix of the CSIO in St. Gallen. It was an Egyptian who won for the first time.

Nayal Nasser, who lives in the United States and is engaged to Bill Gates’ daughter, therefore created a big surprise. On Igor, the Egyptian beat the Briton and former world number one Scott Brash by 9 hundredths on Hello Vincent. The German Philipp Weishaupt on Coby took 3rd place.

In the Swiss camp, it was not the stars who stood out. Elian Baumann on Campari, Alain Jufer with Dante and Beat Mändli on Dsarie qualified for the jump-off. Baumann and Mändli finished 6th and 7th respectively without taking too many risks. Jufer recorded two faults on this second course.

No doubt that the Helvetii reserved themselves for the Prix des nations scheduled for Sunday. Martin Fuchs with Leone Jei, Mändli and Bryan Balsiger on Twentytwo des Biches will also use the horses presented for the Grand Prix on Sunday. The nine-year-old gelding from Fuchs performed well on the course. But like many other duos, it was obstacle number 4, a steep jump, which ousted the European champion from the places of honor. Balsiger missed the combination.

Steve Guerdat, who lost the lead in the world rankings on Friday gave the ten-year-old stallion Maddox his first chance at the top level. But three faults sank the Olympic champion in London. On Sunday, the Jurassian will ride Venard de Cerisy with whom he won the Grand Prix on the Gründenmoos in 2019.