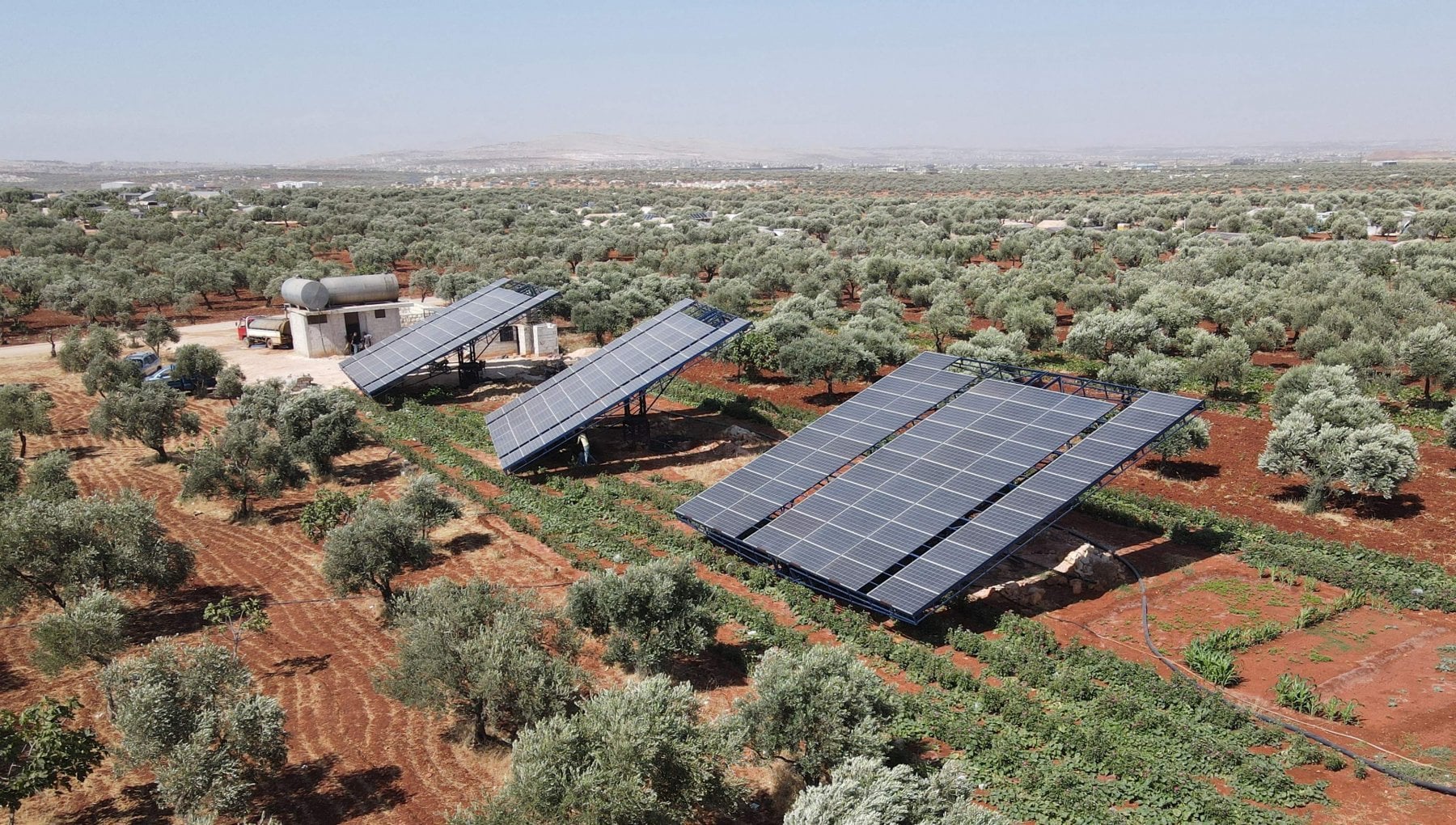 Could it be true? But how do they … How does it work? These are just some of the questions that arise when faced with a little-known or unknown topic. And when it comes to energy, for many photovoltaics is still a subject shrouded in mystery. A confusion that often generates erroneous beliefs, if not real false myths, about a form of energy that is instead among the most promising.

(Ecofin Agency) – Russia does not intend to align itself with the recommendations of the International Energy Agency (IEA), which call for an immediate end to spending on oil and natural gas in order to achieve quickly carbon neutrality.

For the Eurasian country, one of the largest oil producers in the world, the Agency’s recommendations are ” unrealistic », And the future is rather a mix between fossil and renewable energies. In any case, this is the position defended last week by Russian Deputy Prime Minister Alexander Novak.

« In my opinion, this is a simplistic method. In addition, it is not realistic “, Declared the Russian leader about the recommendations of the IEA, according to a translation of remarks collected on the sidelines of the International Economic Forum of Saint-Petersburg, by the CNBC media. “I can assure you that the Russian Federation, its plans, its strategy [est de] continue to invest in oil, gas and coal. But we’re also investing in renewables, hydrogen, electric cars and electric charging stations, so we see the next decade as using a mix of renewables and fossil fuels ”, he added.

A position shared by Saudi Arabia, which does not intend to reduce its production either, despite the pressures to migrate to renewable energies, within the framework of the Paris Agreement.

Saudi Arabia “Produces low-cost oil and gas and produces renewable energy. I urge the world to accept this as a reality: we are going to be the winners of all these activities ”, had indeed declared on this subject a few days earlier, Prince Abdulaziz bin Salman, Saudi Minister of Energy.

These positions antagonistic to those of AIE are doubly appealing in Africa. On the one hand, by showing that large producers defend their economic interests in the face of climate issues. Knowing that several African countries also benefit from or depend on oil revenues, in particular Nigeria, the continent’s largest economy, or even Angola, Algeria or the Republic of the Congo. And that several of them are also positioning themselves for the supply of LNG (liquefied natural gas), the product which mainly drives the “energy transition” for the time being.

At the same time, Africa, which contributes the least to pollution in the world, is one of the regions most affected by the consequences of climate change. 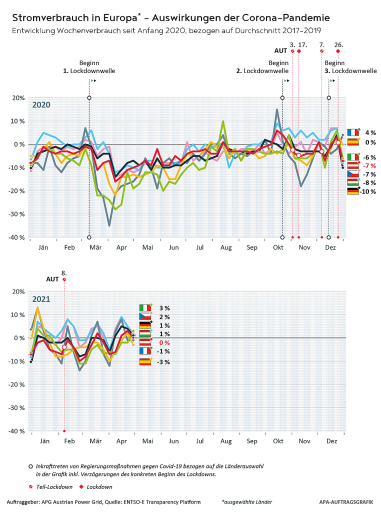 Vienna (OTS) – April is known to be the month of change. This year it was clearly noticeable, because everything from mild temperatures to snowfall was included. The temperatures that were mostly too low for this month resulted in an increase in electricity consumption in Austria. At the end of March, the figure was minus seven percent below the average value from 2017-2019. At the end of April, 1,132 gigawatt hours were exactly at the same level – zero percent – as in the same month in the previous year. “If the temperatures drop, the electricity consumption increases. That is the traditional context. In April, all four seasons were represented, so to speak, although overall it was a rather cool month, which meant that electricity consumption rose again, for example due to renewed heating requirements, ”says Gerhard Christiner, Technical Director of APG.

There were obviously fluctuations in consumption in other EU countries as well. In April, the electricity load in some countries was almost at the same level as the 2017-2019 average – i.e. before the effects of the Covid pandemic. Most clearly above the reference value was Italy (plus three percent), most clearly below the reference level Spain (minus three percent).

The share of renewables in electricity generation usually increases with the warmer months. Above all, generation through run-of-river power and PV systems. A changing month like this April shows how weather-dependent and volatile renewables are. In total, however, electricity generation from renewable energy sources in April – led by wind power – was constant and at times very high. At the same time, the “usual” snowmelt effect for this time of year was missing due to the low temperatures. The proportion of domestic electricity consumption covered by sustainably produced electricity was around 75 percent in calendar weeks 14 and 17. “These figures show that the prerequisite for optimally managing and distributing electricity from renewables and their future growth by 2030 in order to achieve the Austrian climate targets is a high-capacity electricity infrastructure. Because it is clear that the energy transition is taking place in the power grids, ”emphasizes Christiner.

Electricity is not only imported or exported across national borders, but also within Austria, depending on the production and consumption situation, there is an exchange between the distribution networks of the federal states and the national network of APG. “A high-capacity transmission network within the country is a prerequisite for a secure power supply for business and society. Only in this way is the availability of electricity independent of local and regional production, ”says Thomas Karall, Commercial Director of APG. The current figures confirm this and above all show the electricity demand of industrialized federal states such as Styria, which in April obtained 274.6 gigawatt hours of electricity from the APG network. Production-rich federal states such as Burgenland, on the other hand, are increasingly able to feed the generated electricity surplus – 158.1 gigawatt hours in April – into the APG network, which means that the electricity can be used throughout Austria. This fact also shows that as the energy transition progresses, a high-capacity and high-performance transmission network is the key.

The trend towards the increase in the price of electricity since the beginning of the year continued in April. With a monthly price of 60 euros per megawatt hour (€ / MWh), this is 228 percent above the comparative value from the previous year. The weekly electricity price has also increased significantly compared to April 2020 from € 15.55 / MWh to € 63.02 / MWh. “The main reasons for the enormous and sustained rise in the price of electricity are that April was significantly colder than the previous year. In addition, the CO2 price is at a record level and the fossils were a lot cheaper last year, ”explains Karall.

To ensure that the power supply works even when things get tight, APG now takes the redispatch (RD) security measure almost every day. “With targeted interventions in the use of thermal and hydraulic power plants, APG can counteract high line loads in a controlled manner, so that a reliable power supply is always available,” says Christiner. By the end of April, an intervention in the network was necessary on 89 days. Compared to the same period from previous years, this is one day more than in 2020 and a full 21 days more than were necessary in 2019.

A powerful power grid with sufficient capacity would significantly reduce RD needs and reduce costs. “Electricity customers across Austria who are missing power lines or power lines that are still under construction, such as in Salzburg, have already cost around 30 million euros this year,” emphasizes Karall. The current decision of the European Union to reduce greenhouse gas emissions by 55 percent by 2030, as well as the installation of the renewables planned with the EAG, would further accelerate this trend. Therefore, the timely implementation of all APG investment projects is essential so that fewer RD measures have to be carried out in the future with the same reliable power supply. APG will invest around 357 million euros in 2021 alone and 3.1 billion euros in domestic electricity infrastructure by 2030. In addition to the energy-related aspects, this also means a boost for the domestic economy.

About Austrian Power Grid (APG)
Austrian Power Grid (APG) is Austria’s independent power grid operator, which controls and is responsible for the supra-regional power transmission network. The APG infrastructure secures Austria’s power supply and is therefore the lifeline of Austria, the population and its companies. The APG network extends over a route length of around 3,400 km, which the company operates and maintains with a team of around 600 specialists and continuously adapts to the increasing demands of business and society. The capacities of the APG power grid are the prerequisite for a sustainable, secure power supply in Austria and the success of the energy transition. Employees develop suitable market products, have a command of physics and guarantee safety and efficiency for Austria. With an investment volume of 357 million euros for the expansion and renovation of the network infrastructure in 2021, APG is giving the domestic economy a powerful boost. Overall, APG will invest around 3.1 billion euros in network expansion and renovation over the next ten years. That is around 17 percent of the total of 18 billion euros that the e-industry will invest in the network infrastructure over the next ten years. In the Sustainable Brand Rating 2020, APG was chosen first in the utility infrastructure category and second in the overall rating in the investment category. 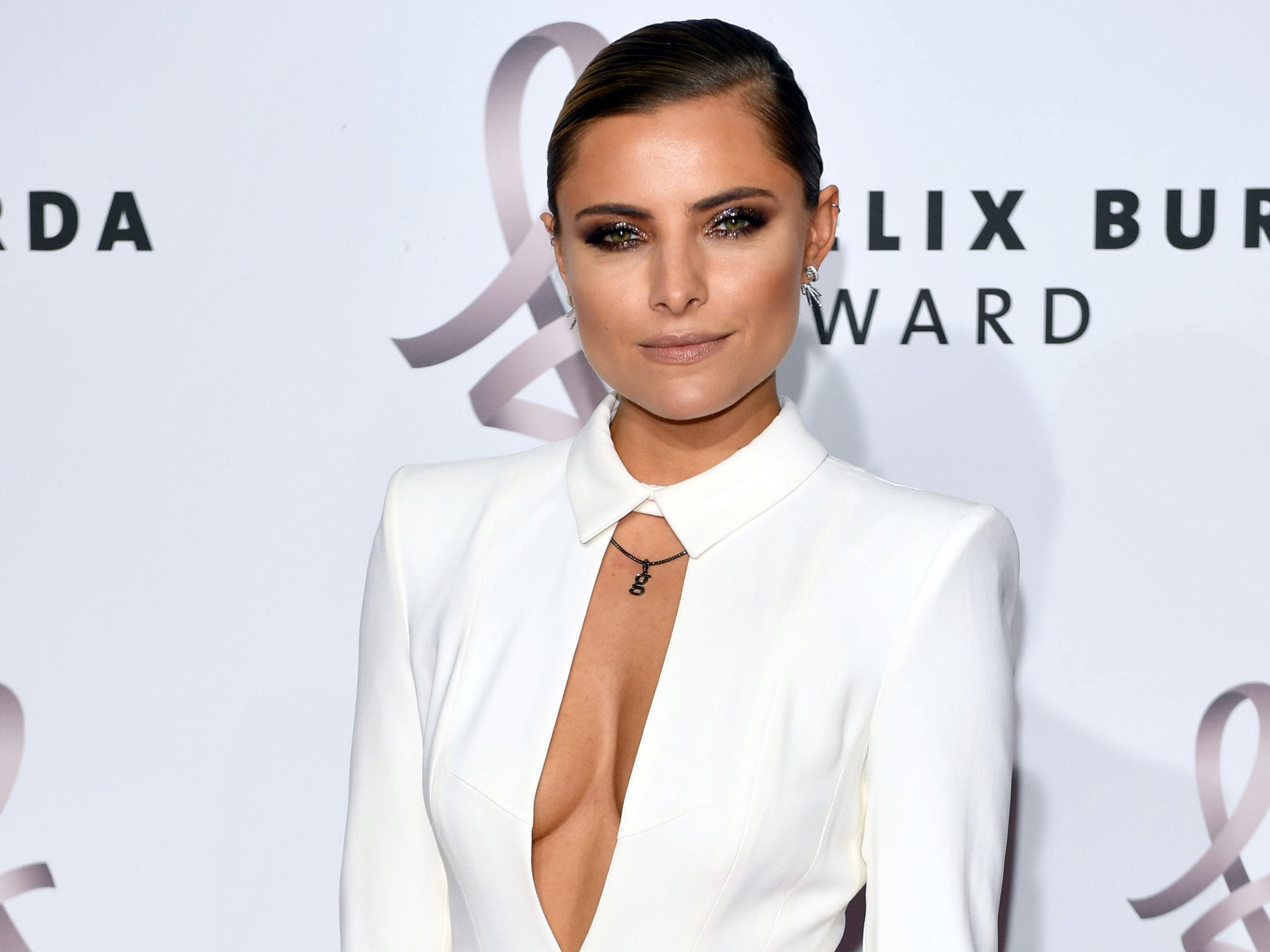