According to the figures of the Police, 600 pirated vehicles are tied up every month in Istanbul. Moreover, vehicles are fined 6,700 TL. The passenger inside also gets his share of the punishment. However, despite the punishment, the pirate taxis find a cover and continue on their way.

DOES NOT ACCEPT NEGOTIATION

According to the news of Betül Alakent from Sabah; When you enter the internet search engine, hundreds of pirate taxi numbers appear in front of you. We called a few of them as customers. We told some we wanted to go to Bodrum, some to Çeşme, and some to Erzurum. The answer to all of them was “We provide transportation all over Turkey”. When they wanted to negotiate prices, they said, “We are very busy before the holiday. We cannot negotiate prices. You should even make a reservation.”

A woman answered our phone at the Neon Pirate Taxi stop. We stated that we wanted to go to Bodrum-Çeşme and asked for a price. He said that they provide service all over Turkey and that they can procure female drivers especially for female passengers. He gave a price of 2.000 TL for İstanbul-Bodrum, 1.600 TL for İstanbul-Çeşme and 1.500 TL for İstanbul-Kuşadası. Explaining that there was a very heavy travel traffic to the holiday resorts in July, the station attendant suggested that we make a reservation before the holiday.

WE EVEN GO TO IĞDIR!

GOP Pirate Taxi, on the other hand, underlined that they provide transportation to all parts of Turkey. “Last week, my vehicle went to Samsun. We can even go to Iğdır,” said the officer at the stop, and gave information on how we should talk during a possible police check: “They don’t often ask about the passenger next door, but if they do, you say ‘we are friends, we are going on vacation’. It’s a problem. No way.”

According to the information given by the pirate taxi workers, the fare is determined on the basis of kilometers. At close range, 2.5 TL is requested from the customer per kilometer. In the long distance, this figure drops to 2.40-2.30 TL. Bus stops providing pirate taxi service keep prices constant on special days such as holidays. Since the demand was high at that time, 2.5 TL per kilometer is requested from the customer. This year, the demand for intercity pirate taxis has exploded due to the increase in plane prices and the decrease in the interest of citizens in buses due to the pandemic.

600 VEHICLES ARE CONNECTED PER MONTH

According to the information obtained from the police officials, an average of 600 pirated vehicles are caught every month in Istanbul. Explaining that the authority to connect the vehicles in the city is safe, the authorities say that only fines can be written between the cities and the vehicle cannot be tied up. Authorities say, “Today, citizens can access pirate taxis very easily over the internet. Even though we connect the vehicle every day, the number of them never ends. Pirate sites on the Internet must be blocked.”

Administrative fines ranging from 1,339 liras to 6,700 liras are imposed on those who carry out pirate transportation. In addition, the vehicle is tied up for two months, banned from traffic, and a 20-point penalty is imposed on the driver’s license. Those who travel by pirate taxi are fined 446 TL. According to the reports of the Istanbul Police, approximately 6 thousand vehicles are engaged in pirate transportation. However, this number reaches 15-20 thousand together with the undetected ones. It is predicted that the state has an annual tax loss of 250 million TL due to pirate taxis.

Kerim Günay, Member of the Board of Directors of Günay Turizm, said that the number of pirated vehicles is increasing day by day due to insufficient inspection. Günay said, “We cannot find a driver with a salary of 5 thousand TL and insurance. The drivers tell us, ‘I earn 500 TL a day when there are expenses with pirates.’ There is no tax or insurance. We cannot exceed 8 hours by law. They work 24/7. This increases the risk of traffic accidents. Are we doing it wrong by making it legal?” said.

THEY LIVE THE GOLDEN AGES IN THE PANDEMIC

Mustafa Yıldırım, Chairman of TOBB Road Passenger Transport Council, stated that pirate transportation was in its golden age during the pandemic, and said, “People turned to pirate vehicles. However, the risk is higher here, they do not realize it. They do not have any insurance in case of an accident. Our drivers are constantly tested for corona. There is no test for drivers,” he said. Explaining that the number of pirated vehicles is increasing every year, Yıldırım pointed out that this will cause huge problems in the next few years. 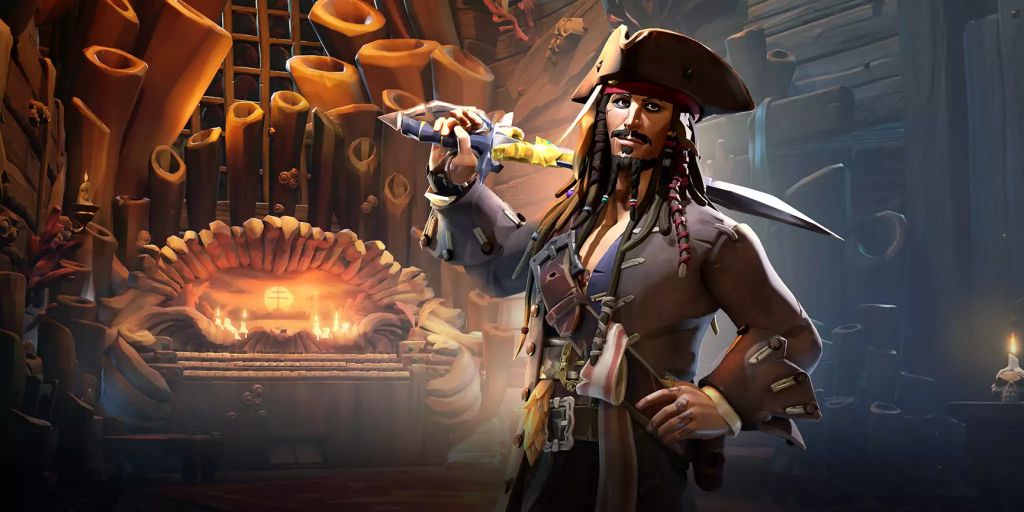 Now the wait is over and fans can welcome Jack Sparrow and Co to Sea of ​​Thieves. The priate crossover “A Priate’s Life” is available.

wanna live in them all