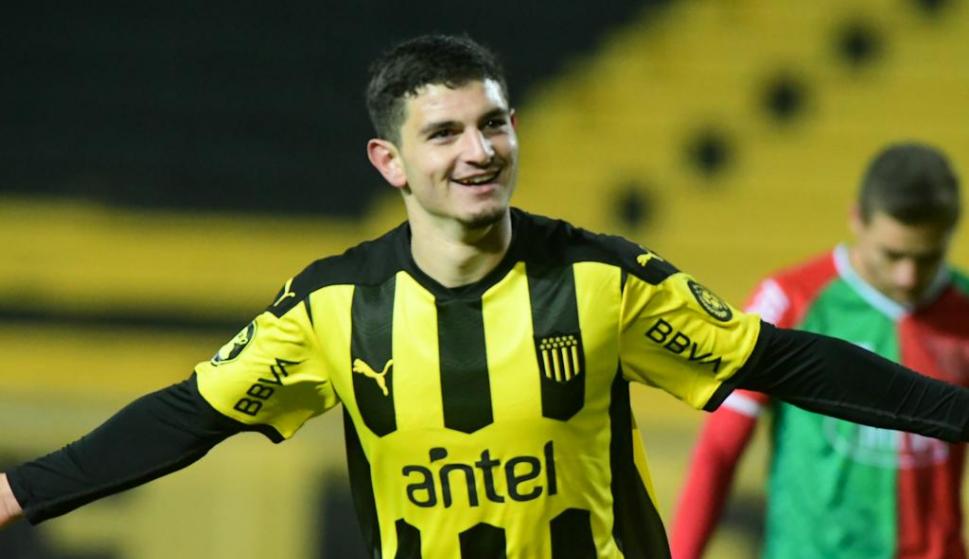 Peñarol comes on stage on the third date of Opening Tournament 2021 versus Boston River in the Champion of the Century Stadium in the second presentation of the mirasol this season.

The team of Mauricio Larriera is going for his first win this season of the local tournament as he comes from a goalless draw with Phoenix in the second stage and has pending the game of the first day against Plaza Colonia scheduled for Wednesday, June 1.

For their part, those led by Juan Tejera They are also going for the first success of the season since they lost on the first date with Wanderers and on the second with Rentistas.

Peñarol and Boston River at the Champion of the Century Stadium. Photo: Estefanía Leal.

Mauricio Larriera’s team came out to play with their classic 1-4-2-3-1 but with the inclusion of Pablo Ceppelini as central midfielder along with Jesús Trindade in the double five, while the “Sastre” started with a 1- 5-3-2 with Enzo Larrosa and Ruben Bentancourt as forwards.

And despite the fact that with a header from Bentacourt at 4 ‘of play, Boston River disturbed the Mirasol area, the game quickly became one owner and it was Peñarol. The coal team took possession of the ball, true to its style, and began to generate risky situations in the attack.

At 8 ‘a great play by Agustín Canobbio on the left ended with the ball in the area and after a series of rebounds, the ball was left to Facundo Torres and the shot of 10 hit the hand of Pedro Silva Torrejón but Christian Ferreyra he did not sanction that clear penalty in favor of the local.

Peñarol continued to promote his offensive game circuits, widened the court, played on the right and on the left, but he also tried through the center and that was where the first goal was created.

At 16 ‘, Facundo Torres put Giovanni González on the run, who faced the area and finished off, but his shot saved him well placed by Gonzalo Falcón, and on the rebound Agustín Álvarez Martínez appeared to put the 1-0 charcoal burner.

The domino mirasol was such that at 25 ‘and now with a very good move on the left, Joaquín Piquerez overflowed, stepped on the area and gave just the pass back to Facundo Torres, who with a superb definition put the second of Peñarol in the Champion of the Century.

The Peñarol players celebrate a bit of a charcoal burner. Photo: Estefanía Leal.

And despite being at a disadvantage, Boston River did not lower his arms and at 28 ‘Pedro Silva Torrejón took Peñarol’s defenders from above and took a shot that passed very close to the right post of Kevin Dawson, who at 35’ went bad after a cross from the left and the defenders took the ball to the corner defusing a bomb in the mirasol area.

And after that incident, Joaquín Piquerez felt, was assisted by health and had to request the change – at 38 ‘Valentin Rodríguez entered – after an injury that not only worries Peñarol but also the Uruguayan team since the left back He was cited for the qualifying matches against Paraguay and Venezuela.

Despite losing 2-0, the “Tailor” did not stay and sought the discount. He got it at 44 ‘after a corner from the left that Agustín Nadruz connected absolutely alone and without a mark to make it 2-1 and leave the visitor in a game before the end of the first half.

Start to pure vertigo and back and forth in the complement. First a shot from outside the area by Agustín Canobbio that Gonzalo Falcón saved well and then Boston River had a clear play by Ruben Bentancourt in the area, threatening notable and defining just above the horizontal, losing the tie.

But that equality came. The “Tailor” saw that the charcoal burner had defensive problems and attacked. At 55 ‘and after a creeping center from the left, Bentancourt appeared and this time he did not forgive: he won the position from Gary Kagelmacher and defined remarkable to score the 2-2 of the visit.

Cold water bucket at the Campeón del Siglo Stadium because despite the fact that Peñarol dominated and had the ball generating more danger, Mauricio Larriera’s team was once again held hostage to its own defensive neglect.

But at 61 ‘and after a free kick by Jesús Trindade from the right of the attack, Nicolás Freitas grabbed Gary Kagelmacher in the area, Christian Ferreyra charged a penalty and Pablo Ceppelini, whom Gonzalo Falcón tried to disperse by winning the yellow card, defined very well and put the 3-2 of the aurinegro.

With the advantage again and with the entry of Cristian Olivera by Juan Acosta for Giovanni González to go to the right side, Peñarol began to better manage the situations of the match. Pablo Ceppelini was huge in the middle of the court and the coalman was in control again, but he did not offer many guarantees in the last zone and that was something that Boston River was willing to continue taking advantage of for its benefit.

At 72 ‘and after a throw-in, Pablo Labandeira took a strong mid-distance shot that passed near the left post of a Kevin Dawson who this time was attentive and accompanied the trajectory of the ball in another play in which the mirasol had trouble defending.

But at 76 ‘, Cristian Olivera hooked in the Boston River area and Pedro Silva Torrejón took him down, Christian Ferreyra took a penalty and a minute later Peñarol changed the player because Agustín Canobbio asked for it but sent the ball out and the mirasol missed a great chance to start settling the match.

But that tranquility on the scoreboard was given to Peñarol, his scorer. At 85 ‘and after a clearance from the Boston River defense, Agustín Álvarez Martínez appeared again to stop the chest ball and define notable to score the mirasol’s quarter and the second of his personal account.

And as if that were not enough, at 91 ‘and after another good offensive combination, Jesús Trindade grabbed the ball on the edge of the Boston River large area and took a cross shoe to score a goal and put the 5-2 that ended up being the definitive result in the Champion of the Century.

Peñarol ended up closing one night with a very good offensive production because he scored five goals and also achieved his first victory in the 2021 Apertura Tournament, but once again he showed defensive weaknesses that he must improve in the near future to avoid problems because on Wednesday Larriera’s team will go on stage again to face Plaza Colonia from 6:00 pm, again at home. 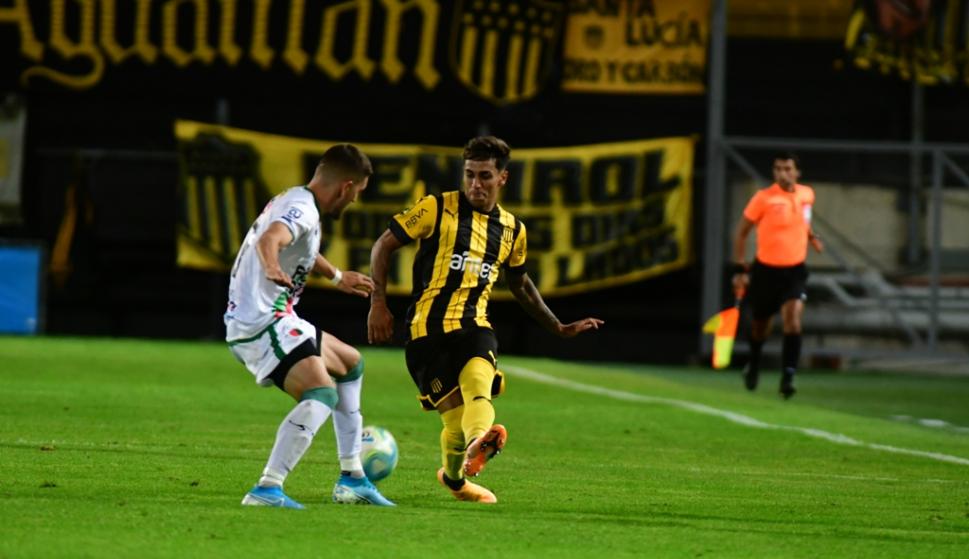 With the need to win to meet their different goals, Peñarol Y Boston River come on stage this afternoon on the third date of the Opening Tournament 2021. From 18:00 and at Champion of the Century Stadium with the arbitration of Christian Ferreyra, The team of Mauricio Larriera and Juan Tejera’s go for their first win in the 2021 season of the Uruguayan Championship.

Is that while the aurinegro comes from a goalless draw as a visitor with Fénix at Parque Capurro in his only presentation so far, the “Sastre”He lost both of his games, first on a visit to Parque Alfredo Víctor Viera against Wanderers and then at home in Las Piedras against Rentistas.

That is why this afternoon is a key game for two teams that have different goals. Peñarol needs to win so as not to lose footing in the fight for the champion title, something that for the mirasol club is an obligation, while Boston River needs to add to avoid getting complicated with the relegation table.

That complication already had it in the 2020 season the team of Juan Tejera and this year you don’t want to go through the same situation. And although the beginning has not been the best, today the “Tailor” will have a tough game against a Peñarol who arrives toned after qualifying for the round of 16 of the South American Cup, although he knows that he must improve his performance since in the last three games could only score one goal.

Today’s day on the third date of the Opening Tournament 2021, in addition to the meeting between Peñarol Y Boston River and that of Nacional and the leader South America, will have the game between Deportivo Maldonado and River Plate that will open the football afternoon from 3:00 pm at the Domingo Burgueño Miguel Municipal Campus.

He played a very good game and made an important contribution to return to victory but, not because of that, he is no longer self-critical. Is about Facundo Campazzo, who assured that he is trying to enjoy his first playoffs in the NBA after the victory of Denver Nuggets on Portland Trail Blaizers by 128-109 at home, in a series tied in one and the best of seven, although he was also self-critical with a very punctual play.

The ex Peñarol of Mar del Plata He spent 30 minutes on the court, with 12 points, 6 assists, 3 rebounds, 3 steals, a block, two personal fouls and three turnovers. One of those assists was spout and made the fans present and users of social networks explode, but Campazzo made a self-criticism last night in front of the press after the game.

“The play in which I crouch like holding a coin is because with PJ (Dozier), we have been talking about when you give a good assist (in English they also say ‘tell me’, which is the name of the 10 cent coin ), you have to pretend to take a coin from the floor, But when I did, they counterattacked us, so it wasn’t good for me. “he mused.

On how he goes through his first play offs, he remarked that “They are the highest level I have ever played at. I’m trying to do well and at the same time enjoy them, which is not easy. I try to help the team when I’m on the court and play as hard as I can.”

“We have to continue to be aggressive. Attack from our defense. Give them the points that we want to give them, not the ones they want, that in that way they gain confidence. This key is long, so we have to go day by day. best way to enjoy the moment and do the best job possible “, analyzed Campazzo on Monday’s game.

The series will continue on Thursday at 11:30 p.m. and Saturday at 5 p.m., always on Argentine schedule and with ESPN broadcast.

Find out about all the sports news

An error has occurred

The Legendary Duo … who did it better? 🤩 # leverage # music # otametone #fyp # piano

The Legendary Duo…. Who did it better? 🤩 #levitating #music #otamatone #fyp #piano