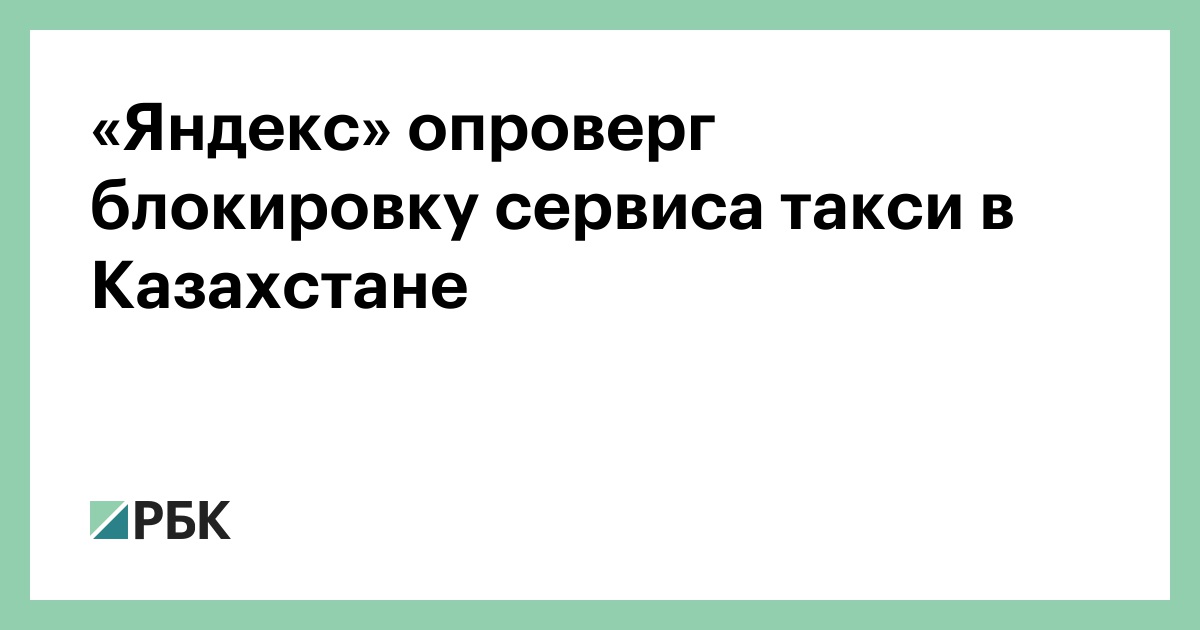 The Telegram channel notes that it was possible to obtain a patent for a system that has ensured the operation of taxis all over the world for several years due to the imperfection of the republic’s patent law.

By a court decision, Yandex must stop providing information services related to the automated taxi ordering system in Kazakhstan; block access to this service for drivers and ordinary users, stop concluding contracts with carriers and terminate existing ones; block access to mobile applications of drivers and customers (including to its other services – Yandex.Drive, Yandex.Eda, Yandex.Delivery, Yandex.Products).

“The patent itself describes the basic functionality of almost any online taxi service. The question arises as to how it was possible to register it: the solution must be new at the time of filing a patent application. And G-Taxi filed its application in 2015, although such platforms have already been widely known around the world since the 2000s, “the Yandex Go press service said.

The company said the lawsuit is related to the company’s intention to either make money from compensation, or stop the activities of all online travel services in the country. “Such an unscrupulous approach is holding back the development of modern business in Kazakhstan,” the Yandex stressed and said that they would appeal the court decision in the appellate instance.

According to Finance.kz, G-Taxi filed a claim exclusively against Yandex.Taxi, other mobile taxi services have not received any claims. Informburo.kz reports that Nadezhda Kim, who originally owned a patent in Kazakhstan, is not the first time trying to sue taxi services. In 2019, the Almaty court denied her a claim against Yandex, and in 2018 against Ru Taxi and Vezet.

At the same time, Finance.kz notes that G-Taxi has nothing to do with taxi services, since over the seven years of its existence it paid only 5.7 thousand tenge in taxes (less than 1 thousand rubles), the organization’s staff has less than five people.