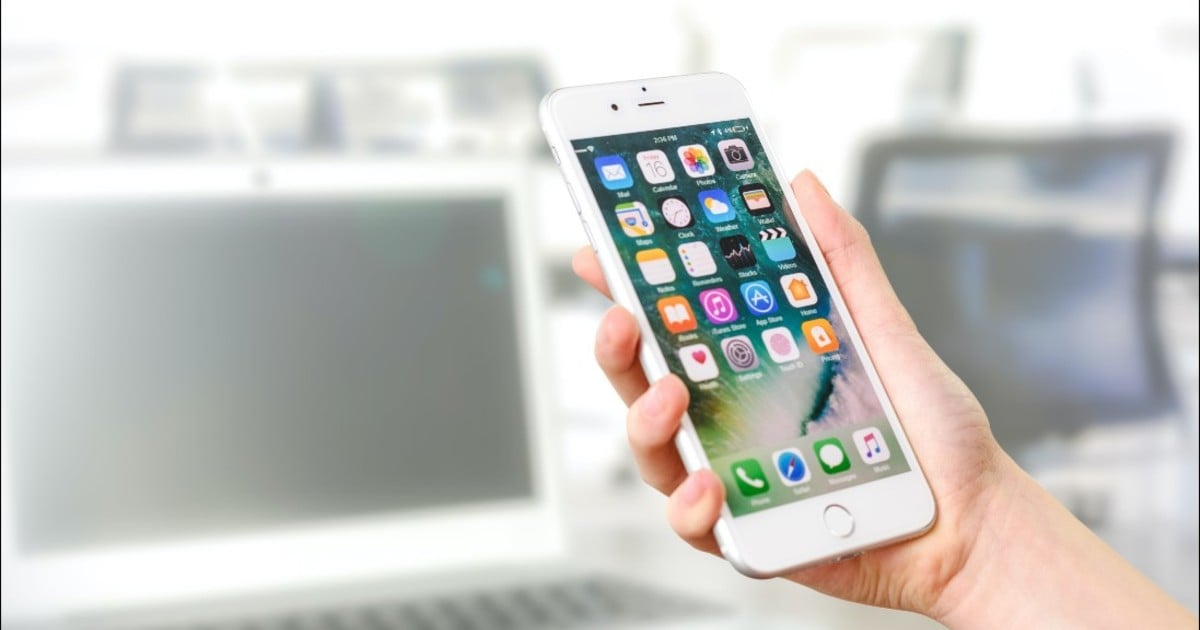 The operating system updates on the iPhone They are usually a tedious process for users but extremely necessary if you want your device not to become obsolete.

Something that has a special meaning for Apple, whose products tend to boast remarkable longevity due to the quality of their components, but which can remain in time if they are not updated when due.

This occurs especially with those devices with the operating system iOS 12 that they are no longer able to bear the iOS 13 nor its later versions.

However, those who have a iPhone or iPad older generation, they will still be able to use it thanks to the iOS 12.5.4 security update, a patch that Apple created to combat three vulnerabilities which featured the previous version: two from WebKit and a “maliciously crafted certificate.”

Tim Cook, CEO of Apple, during the presentation of the iOS 12 operating system. Photo: AFP.

To be able to download the new iOS 12.5.4 update, simply go to the section of Setting, walk into General and then press the option Software update.

What models can be updated

Devices that can benefit from this update are: iPhones 5S, iPhone 6, iPhone 6 Plus, iPad Air, iPad mini 2, iPad mini 3, and 6th-generation iPod Touch. Interestingly, although the latter seems the most outdated, it turns out to be the most recent (it was released in 2015).

Almost all the models mentioned above are from 2013 or 2014, which means that have between 6 and 7 years of life. More than optimal durability for today’s electronic devices.

Many users are surprised when they find that their devices already are not able to support the software that is required after a while even though they are well cared for and technically functional.

The first generation iPhone 6s or SE models can be updated to iOS 15. Photo: REUTERS.

That’s because companies are not required to keep security updates for their older devices. In fact, in the fine print of most products of this nature, we will find that between 2 and 5 years of use we will no longer be able to update them.

Although Apple is not obliged to provide updates to devices that were sold more than five years ago, this strategy fits well with the identity of the brand, whose objective was always present quality and durable products. Some arguments with which they historically justified the high price of their products.

On the other hand, the next update to Apple’s mobile operating system, iOS 15, will also be compatible with some older iPhones. The first generation iPhone 6s or SE models they will have one more year of support, although they cannot make use of all their news.

iOS 15 represents a change in Apple’s update strategy, not only because it will not force iOS 14 users to update to keep equipment protected, but also because it will be available for phones up to six years old.

The latest version of the iOS 15 operating system was announced during WWDC 2021.

Models like iPhone SE first generation (2016) or iPhone 6s (2015) are among the devices compatible with the new version of iOS, which means that they will be able to update when iOS 15 is officially released in the last months of the year.

These old iPhones will have support, also security, at least one more year, but they will not be able to use all the new functions that iOS 15 will bring, mainly because tools such as integrated speech recognition, the new exploration experiences in Apple Maps or the live text function for the camera require at least an A12 Bionic processor, present in the iPhone XS and XR.