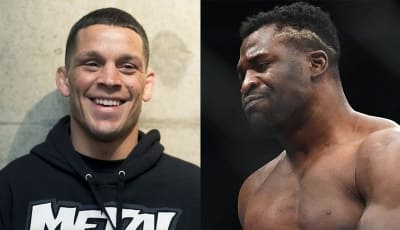 Popular American fighter Nate Diaz responded to reigning UFC heavyweight champion Francis Ngann, who, commenting on the information about blogger Logan Paul’s multimillion-dollar fee for an exhibition fight with Floyd Mayweather, left a question on social networks – what are we doing wrong?

“What is Francis Ngannou doing wrong? I’ve done more of the right things than all these assholes in years, ”Diaz told Yahoo! Sports. “They should have spit on this shit a long time ago, just like me. I’ve never been a champion, and I’ve always said, ‘let me make some money, or let’s go for ***’. And what happened? My stock only went up, but no one followed my example. Now they ask, ‘What are we doing wrong?’ You should have listened to your daddy years ago, ass! You all. The entire roster. But you are fucking amateurs, so you will be left with nothing. “

As a reminder, Nate Diaz will go into a potential semi-heavyweight contender fight this weekend against Leon Edwards, and Francis Ngannou is scheduled to defend his title against Derrick Lewis in August.