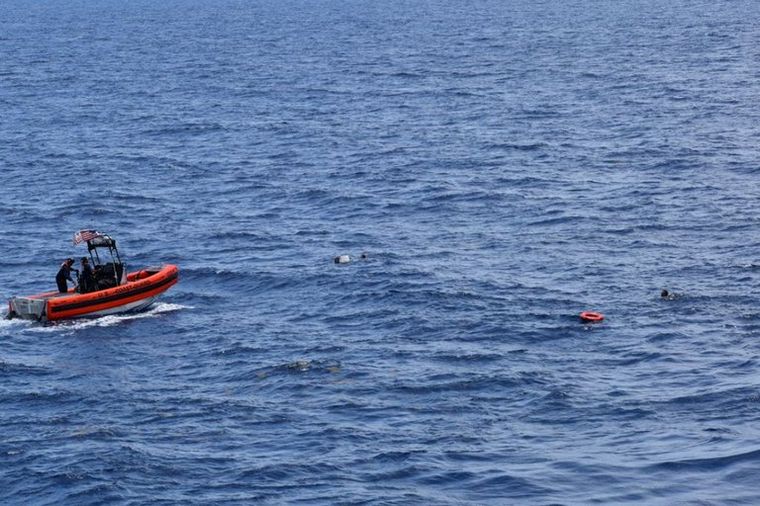 A group of fishermen found a boat adrift with 20 bodies inside it near a well-known tourist island in the Caribbean, on the morning of June 24.

They immediately alerted the police, who still could not deduce what happened to the crew, although from the beginning the idea of ​​a murder was ruled out.

From the creators of Trapped

“My investigators are working to establish their identities and how they found their death,” said Providenciales Police Commissioner Trevor Botting.

So far, they maintain that the ship did not have Turks and Caicos as its final destination, and that it was foreign.

Turks and Caicos is a key destination for many Haitians trying to escape their country’s poverty, but it is also a place used as a transshipment point by human traffickers.

“Whatever the circumstances, this is a tragic situation in which many people have lost their lives and the thoughts and prayers of the Force are with families who have lost a loved one. We will do our best to identify them and communicate with their families, ”added Botting. 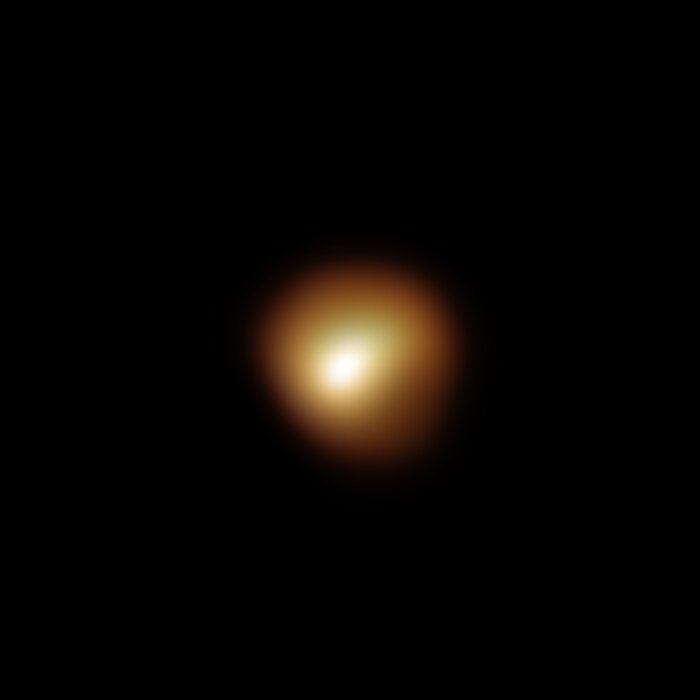 Immortalized the cloud that between 2019 and 2020 had made the star Betelgeuse pale and made fear of its imminent explosion. The data published in the journal Nature by the group of Miguel Montarge, of the Paris Observatory, were obtained thanks to the Very Large Telescope (Vlt) of the Southern European Observatory (ESO) and confirm that the cause of that sudden pallor was the ejection of a large mass of gas which, when cooled, obscured the view of the star.

At the end of 2019, the brightness of Betelgeuse, one of the brightest stars, had suddenly dropped. A change visible even to the naked eye and the beginning of a mystery that had raised fear also the possibility that this great star, just 400 light years away and with a radius of 1,000 times that of the Sun, was entering its last phase life and was ready to explode in a supernova.

The variations in the brightness of Betelgeuse photographed by the Vlt Telescope from January 2019 to April 2020 (source: ESO / M. Montargès et al.)

The new images obtained with the powerful Vlt telescope, which is located in the Chilean Atacama desert, now confirm what had already emerged a few months ago thanks to the data of the Hubble Space Telescope: to cause that sudden decrease in brightness was a cloud of dust and gas, which had obscured the view of the star for some time.

Betelgeuse is in a phase of its life cycle in which the outermost layers expand and contract regularly. It may happen that in this process the star may lose part of the outer material, giving rise to gas bubbles that explode and release materials. Just one of these bubbles, at the end of 2019, would have expelled gas that once cooled would have condensed thus obscuring the view of the star.

After the sensational unveiling videos and hundreds of sightings by Navy pilots, the US secret services must disclose what they know about UFOs in a report by June 25 (BILD reported).

Or maybe they are not UFOs? Because: Another theory of the secret services: the UFOS could be advanced technology of the Russians or the Chinese!

And what the former ex-secret service chief John Ratcliff says about the phenomena, read more with BILDplus.

put a finger down 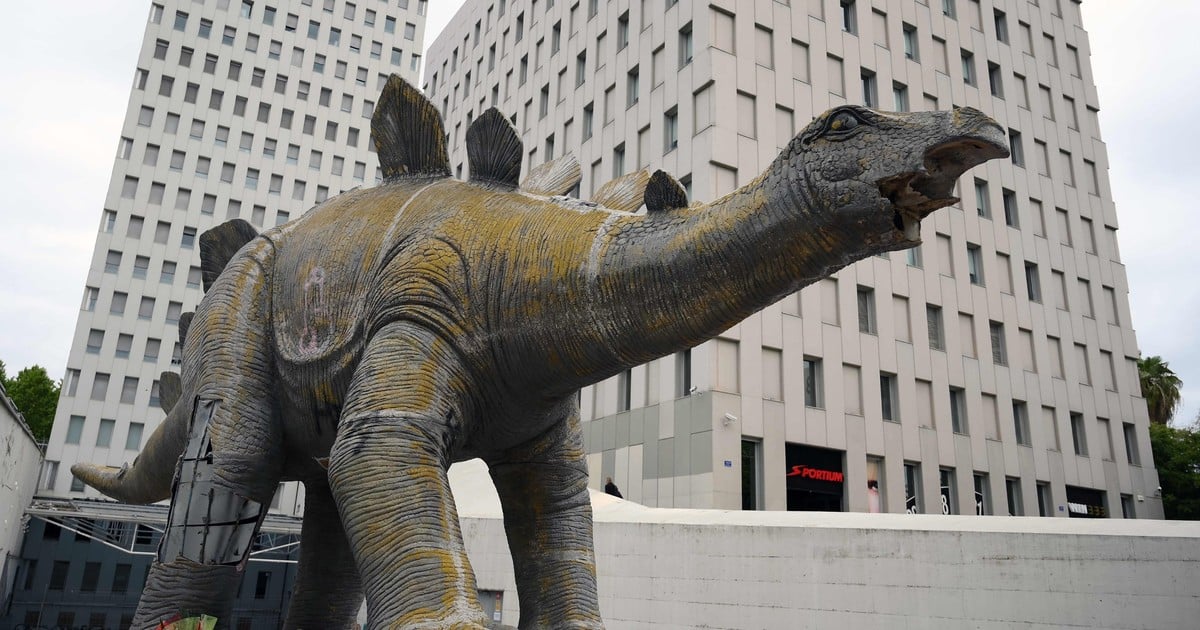 A man of about 40 years he died being trapped inside a statue of a dinosaur on Santa Coloma de Gramanet, a town near Barcelona, said the Catalan police on Tuesday.

The emergency number 112 received a call last Saturday at 12 noon advised that there was a corpse inside the statue, the authorities informed the Europa Press agency.

The causes that led this person to enter the large decorative stegosaurus, from which he could not get out, are unknown.A representative of the Mossos d’Esquadra, the Catalan police, told the AFP agency.

The causes that led this person to enter the dinosaur are unknown. (AFP)

“Everything points to an accidental death”, explained the spokeswoman, who said that after investigating the events the police did not find “no indication of criminality”.

Authorities received a tip on Saturday. “We went to the place and saw that inside the dinosaur there was a dead person”, the spokeswoman detailed.

According to the Catalan press, A father and son, who were playing in the area, discovered that there was a body inside the Jurassic statue, a decorative element of some nearby cinemas already closed, and alerted the police.

The firefighters had to cut off one of the legs of the sculpture, made of a metallic structure covered with papier-mache, where the body had been stuck with the head down, to be able to remove it.

Police sources cited by the press indicated that the hypotheses being handled are that man entered the dinosaur to sleep there or try to retrieve an object, such as a mobile phone, that has been dropped and got stuck inside.

In addition, it was learned that the victim had been missing for two days and his relatives had reported to the authorities that they knew nothing of his whereabouts a few hours earlier. Therefore, it is ruled out that he is a homeless person.

The case is currently under police investigation and the result of the autopsy is awaited to continue with the work to unravel the mystery.​

The dinosaur, which was sometimes used by the homeless to spend the night, He had a plate on his belly that could move and through which the man could enter. The figure of the dinosaur is located next to the old cinemas of the Cubics Building on Avenida Francesc Macià and is for advertising purposes.

The firefighters had to cut off one of the legs of the sculpture. (AFP)

In order to recover the body from inside the sculpture, Three teams of the Fire Brigade of the Generalitat were activated, which had to make a hole in the statue and also use a crane to remove it, the authorities reported.

🔴 They find the lifeless body of a man inside a decorative dinosaur from the ancient Cubics cinemas of #SantaColoma from #Gramenet. A boy and his father, who often play in the area, have found the body. The father immediately alerted police, who are investigating the cause of death pic.twitter.com/EIAc3P4Lr1 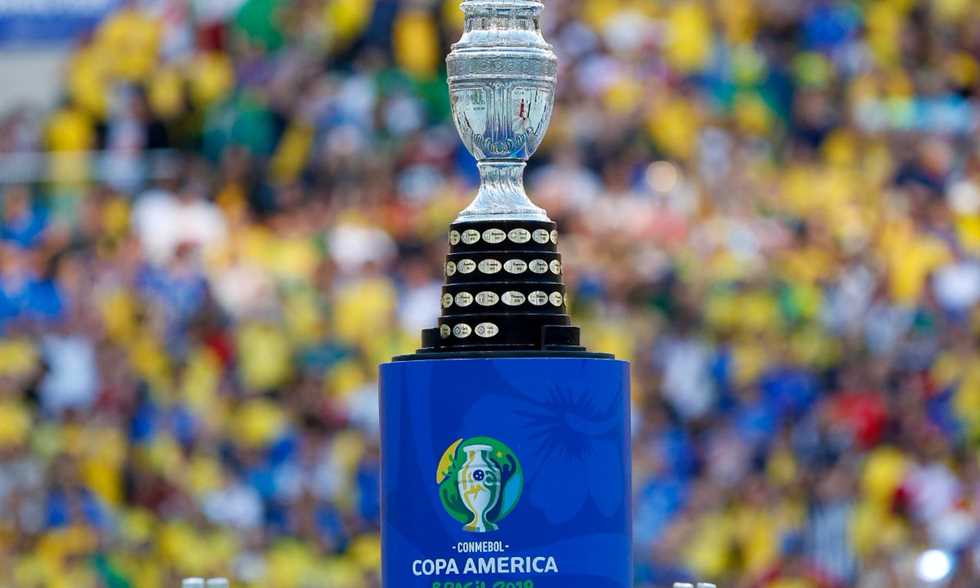 The tournament will be held for the first time, jointly organized by Argentina and Colombia, between June 13 and July 10.

“I do not want to disappoint the Copa America scene, but I want to be rational and cautious. We have time to analyze things and see how they develop,” Fernandes said in statements carried by the Spanish newspaper, Marca.

“Objectively speaking, I see what is happening with the Argentine teams. They didn’t even leave Argentina and I can see what happened. New cases are being repeated.”

“Sports authorities must act with caution. What is happening in Argentine soccer teams shows what would happen if we left Argentina to play in countries where the problem is worse,” he said.

The next edition carries the number 47 and will be held for the first time jointly by Argentina and Colombia.

The tournament will be held with 10 teams only after Qatar and Australia withdrew due to conflicts of dates with the Asian qualifiers for the Asian Cup and the World Cup.

The 10 teams are divided into two groups, each group comprising 5, and the top 4 of each group qualify for the quarter-finals with a knockout system.

The tournament will open on the thirteenth of June in Argentina, while the final will be held in Colombia on the tenth of July.