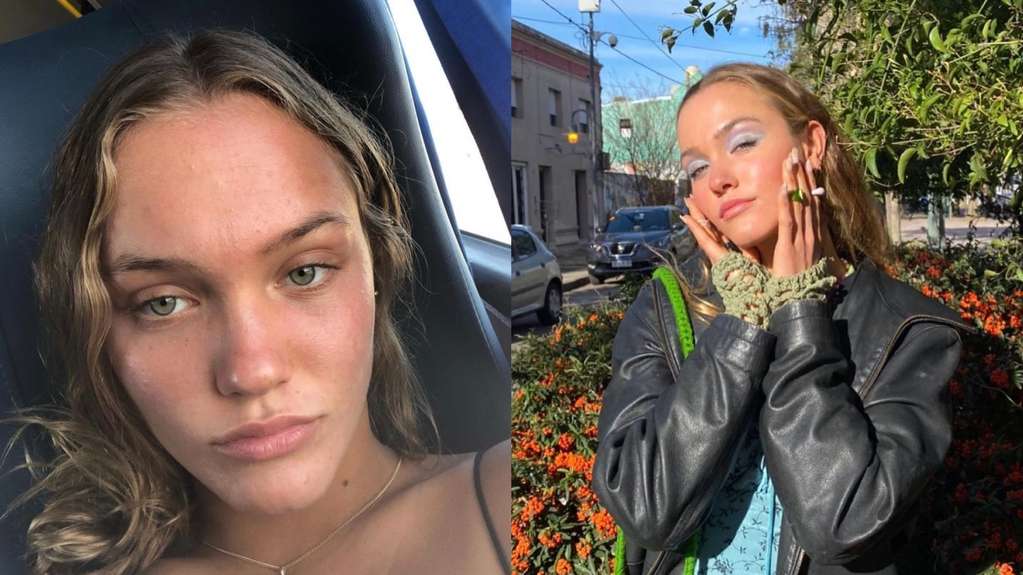 In the photo shoot, she posed in a sporty urban look and sneakers.

With a fresh look, green eyes and long blonde hair, Sofia Solá she poses with total naturalness in front of the camera, like a true professional. The daughter of Maru Botana and Bernardo Solá is 16 years old and has just completed his first photographic session as an advertising model.

// Selena Gómez, unrecognizable in the new cover of Vogue Australia

And he did it for nothing more and nothing less than for a campaign by the famous shoe designer Ricky Sarkany, which presented the Capsule Reset collection with the young woman as the protagonist.

Sofía posed with a sporty urban outfit, consisting of a black hooded jumpsuit with details of the brand’s logo, shorts of the same color, and a model of sneakers that is on trend: sports sole and bootie version, with appliqués in different colors, among which black and white predominate, with a touch of gray.

Later, she encouraged herself to a crop top and mini shorts, which she wore with mid-calf Texas boots and studded appliqués. In addition, he was part of a fashion film, where he was shown parading the garments of the collection.

It was only in April of this year that Sofía expressed her interest in the world of modeling, after making a more homemade photo production for a friend’s brand. The young woman had the full support of her mother, who accompanied her during the shooting, and was the one who recommended that she contact the designer, who immediately became enthusiastic about the idea and they scheduled a meeting.

What would be a 15-minute session ended up turning into a two-hour job. “I had a blast,” said the young woman, who compared herself to her mother when she was her age. “I see photos of my mother at my age and, physically, we are the same! Only she is shorter and has more curlers. In addition, I am outgoing, like her, “added the brand new model, who measures 1.71, says that when she looks serious in the photos she cannot help but laugh at herself and that for now she has not planned to join any agency.

According to her mother, Sofía has other passions besides modeling, such as singing and acting. “I trust her because she is mature, positive and responsible”, said the cook in dialogue with Teleshow.

Notably Maru Botana and Ricky Sarkany share the tragedy of having lost a son. In 2008, Facundo, the then six-month-old baby of Maru Boatana, died of sudden death. For her part, Sofía Sarkany – who chose the path of fashion design like her father – died in March of this year a week after being a mother, after fighting for more than two years against uterine cancer. Recently, On the eve of Father’s Day, Ricky Sarkany shared a tribute to his daughter on his Twitter account: a flower was tattooed on his forearm next to the word “kings”, the nickname with which she was called in her most intimate environment, and he accompanied the post with a simple and meaningful “Forever.”

Follow us @estilotn and find out what’s new in fashion and beauty.

On vacation in Mendoza together with his whole family, Maru Botana went viral on social networks after sharing an unusual video where she is seen licking a piece of ice. While he quickly removed the sequence in Instagram, it didn’t take long for users to share their image everywhere.

The main reason that the cook gained so much notoriety is that her clip was taken with a sexual tone because of the way she licks the ice. Hours later, Maru assured that he published it because he was amused and clarified that it was his community manager who eliminated it when he saw the great repercussions that were generated by his video. “It makes me laugh a lot! I did not delete it. It was deleted by one of the guys who handle me on social networks and was scared. That’s why I uploaded it. Because it seemed so funny to me. I did not delete it “, warned.

Far from the hilarious situation ending with his clarification, Botana went for more and in the last hours shared new images where he returned to play with the double meaning that was previously seen with ice.

In response to the malicious comments, Maru recorded himself training in the morning near the mountains in Luján de Cuyo: “Today … amazing. Now we stretch well, well stretched, there … Ugh, uf, uf .. there right here“, launched ironic while touches his crotch.

Parents of pupils of non-graduation classes of Kazan gymnasium No. 175, where seven children and two adults died during the shooting, may be offered to finish the school year now. This is stated in the Telegram channel of the Kazan mayor’s office.

“The ninth and eleventh grades, as suggested a little earlier, will continue their studies at school No. 175, taking into account future exams, and the rest of the grades will go to distant. Parents of pupils of other grades can be offered several ways to choose from: for example, if a parent thinks that it is better for a child to complete the educational process, such an opportunity will be provided, ”the message says. 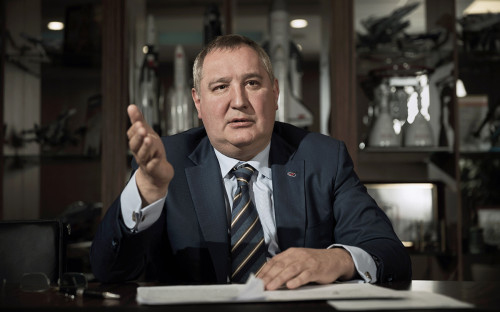 The shooting at the Kazan gymnasium took place on May 11. 19-year-old Ilyaz Galyaviev came to school, which he graduated from four years earlier, detonated an improvised explosive device and started shooting. As a result, two teachers and seven schoolchildren were killed, 21 people were injured.

In Kazan, they said goodbye to the victims of the school shooting. Photo report 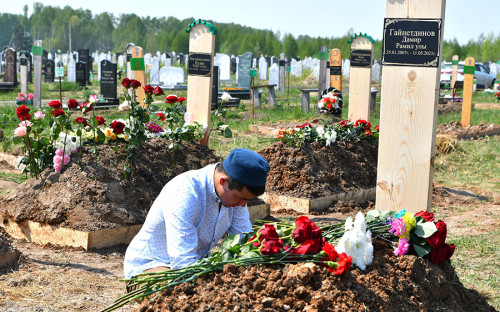 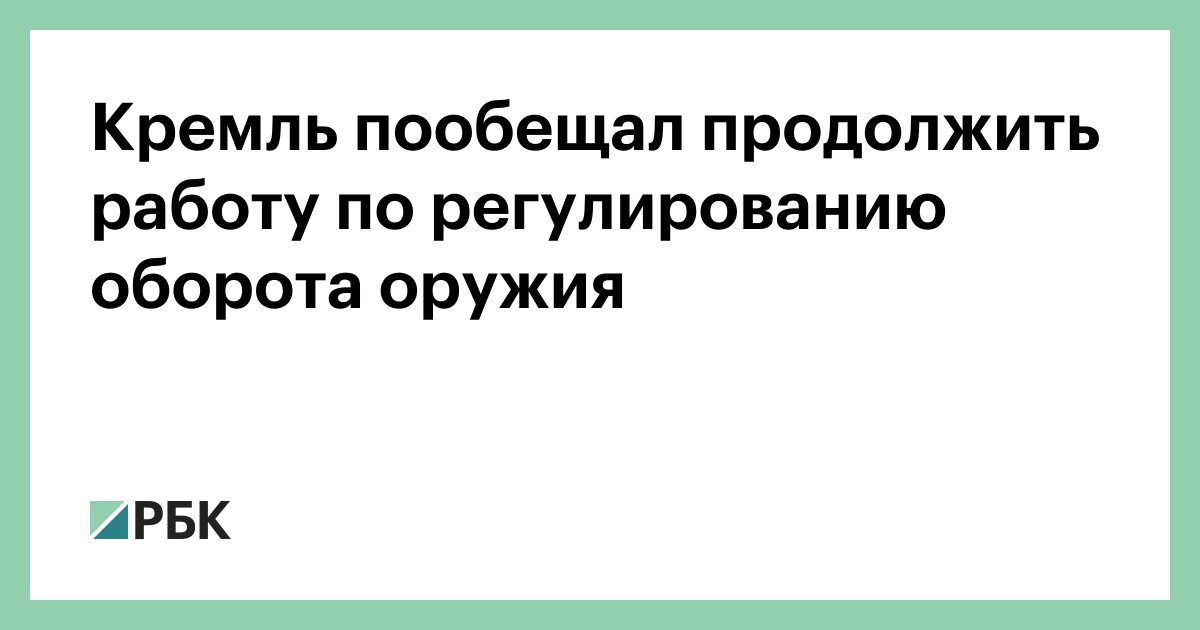 On Tuesday, May 11, 19-year-old Ilnaz Galyaviev, on whom the weapon was officially registered, started shooting at school # 175 in Kazan. Seven children and two teachers were killed, 23 more people were injured. By a court decision, Galyaviev was arrested and charged with Art. 105 of the Criminal Code of Russia (murder). He admitted guilt.

After the incident, Putin instructed the National Guard to urgently tighten the rules for the circulation of civilian weapons. Peskov explained that the order was given “taking into account the type of small arms used by the shooter” in Kazan.

Zolotov on May 13 voiced proposals to tighten the rules for handling weapons. He proposed raising the age for the purchase of civilian weapons from 18 to 21 years, issuing medical certificates only in state clinics, introducing a course for a young soldier to obtain a hunting ticket and psychological testing for those wishing to receive a weapon, and also allowing the possession of a smooth-bore semi-automatic weapon only after five years of ownership of a conventional smooth-bore machine (now a smooth-bore semi-automatic can be purchased immediately after obtaining a license).

RBC sources close to Rosgvardia also reported that Zolotov came up with an initiative to introduce electronic accounting for arms turnover.

Ilnaz Galyaviev, who attacked the Kazan school, underwent a narcological examination. In the analyzes of the offender, no traces of drugs or alcohol were found. He attacked school # 175 while sober. The preliminary psychological and psychiatric examination of Galyavieva is personally carried out by Zurab Kekelidze, the chief freelance psychiatrist of the Ministry of Health and director of the Center. V.P. Serbian in Moscow. The publication Life reports that on the way to the police after the arrest, Galyaviev tried to commit suicide. Yesterday at the trial, he pleaded guilty and was arrested.

Now local residents are discussing whether the attacker was sane. During the meeting, he communicated with the judge in a calm tone, and ignored the emotional questions of journalists about whether he was aware of what he had done. His behavior at the meeting had nothing to do with the interrogation footage that got into the network immediately after the arrest, where the young man screams obscenities and claims that “two months ago he realized himself to be a god.”

A former employee of the school, with whom Marfa Smirnova spoke at the funeral of teacher Elvira Ignatieva, who died in the shelling, said that Galyaviev was “an absolutely normal boy”, studied well and had no conflicts with other children and teachers.