♬ If you use this sound literally stfu. I hate you – Cj so cool enthusiast

If you know me from school do you remember that girl..?? #fyp #foryou #makeup

If you know me from school, do you remember that girl..?? #fyp #foryou #makeup

♬ how would they know bad girls club – Chris Gleason 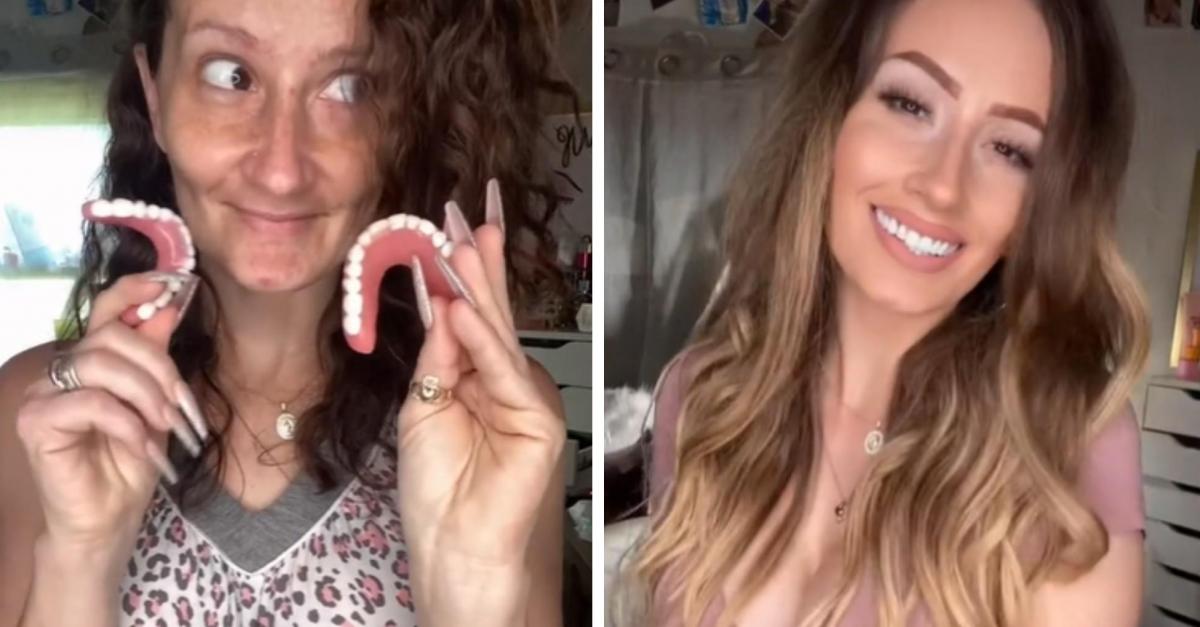 A woman named Alicia has gone viral on TikTok after sharing her journey with dentures. She lost all of her teeth due to serious dental problems during a pregnancy.

Alicia, 36, has been wearing removable dentures since losing all of her teeth following serious dental problems during pregnancy, the Mirror reports. The mother of four, originally from the United States, has over a million followers on TikTok and often posts videos comparing her appearance with and without a prosthesis.

In some clips, she also shows how she’s getting ready for the day, with full makeup, hair extensions, fake teeth, and false eyelashes. Many people have praised Alicia for her openness and honesty in her journey, telling her how beautiful she is. Unfortunately, however, some of the comments are not so sympathetic.

Some, stunned by her transformation, calling her a “catfish” and saying it should be “illegal”. “Absolute witchcraft”, “false advertising”, we can still read in commentary. In reaction to this malicious comment, Alicia has since decided to appropriate the label of “catfish” on her posts. “I’m a happy mom, married 15 years and a mother of four, and I do makeup for ME,” she said. “I’m also a makeup artist who has the same rights as anyone else to wear it. “

♬ youre not part of alt tiktok – –

who likes to be blonde #tiktokindia_ #makeup #micky3 #funny