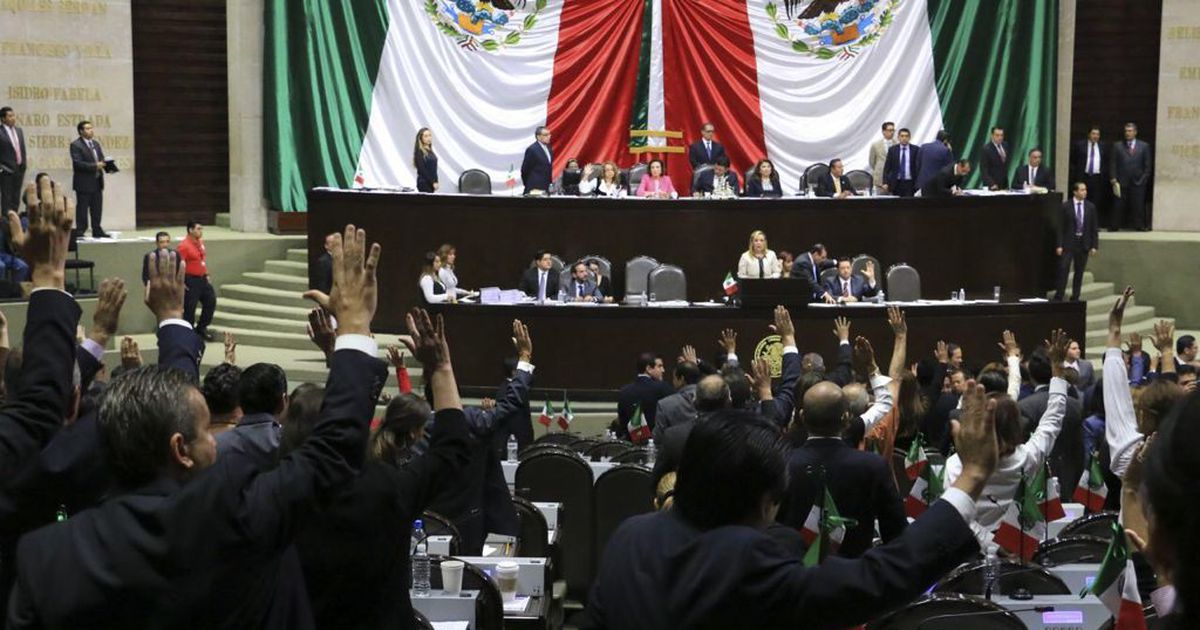 Morena could be left without its qualified majority for the next Legislature, according to the results of the quick counts issued yesterday by Lorenzo Córdova, president of the General Council of the National Electoral Institute (INE), during a message on the national chain broadcast at 23: 00.

Even with the PT as an ally, and if the PVEM wanted to remain a Morena satellite, the party of President López Obrador would not get the qualified majority, necessary to approve constitutional reforms.

Those that do not even appear in the next Legislature are Progressive Social Networks and Fuerza por México, recently created parties.

The Citizen Movement obtained a percentage of between 7.1 and 7.5 percent of the vote; the PVEM, in fifth place with 5.5 and 6.0 of the vote.

Independent candidates for a federal council barely registered between 0.1 and 0.3 percent of the vote.

ASK NOT TO RUIN PARTY

During the permanent session of the General Council, Córdova Vianello reproached that the parties have begun to advance victories with an advance of just 30 percent of the Preliminary Election Results Program (PREP), for which he called on the parties to “finish well which started well ”.

“Nobody won everything and nobody lost everything, that is foreseeable because the elections what they do is collect plurality, let’s not spoil the party,” he stressed.

The counselor Ciro Murayama highlighted the cases of Nuevo León and Campeche, as Adrián de la Garza and Samuel García, candidates of the PRI and Movimiento Ciudadano for the governorship of Nuevo León, respectively, and Christian Castro and Layda Sansores, candidates of PRI-PAN- PRD and Morena-PT to the governorship of Campeche, respectively, claimed triumphs from 6:00 p.m. when there were still people formed at the polls.

“Here we are in an atmosphere of dialogue, but in the streets of cities, entities and municipalities the atmosphere may not be this, and that from political irresponsibility with imperfect tools, they go ahead, it only contributes to uneasiness and rarefiedness,” he said.

“A bit of temperance, maturity, responsibility is what citizens deserve after the demonstration of civility that we saw, could not stop the temptation of the early morning?”, Asked the counselor.

Murayama stressed that this trend also occurred in the election of Mexico City.

Córdova Vianello also stressed that with yesterday’s session the INE is “very good” in its relationship with the federal Executive, since it fulfilled its responsibility to create security conditions in the country.

“This shows that the National Electoral Institute is not against any political force as some claimed or against any government, we are an organ of the Mexican State and today (yesterday) it was demonstrated that there is a Mexican State, period,” he exclaimed in an interview. with the media.