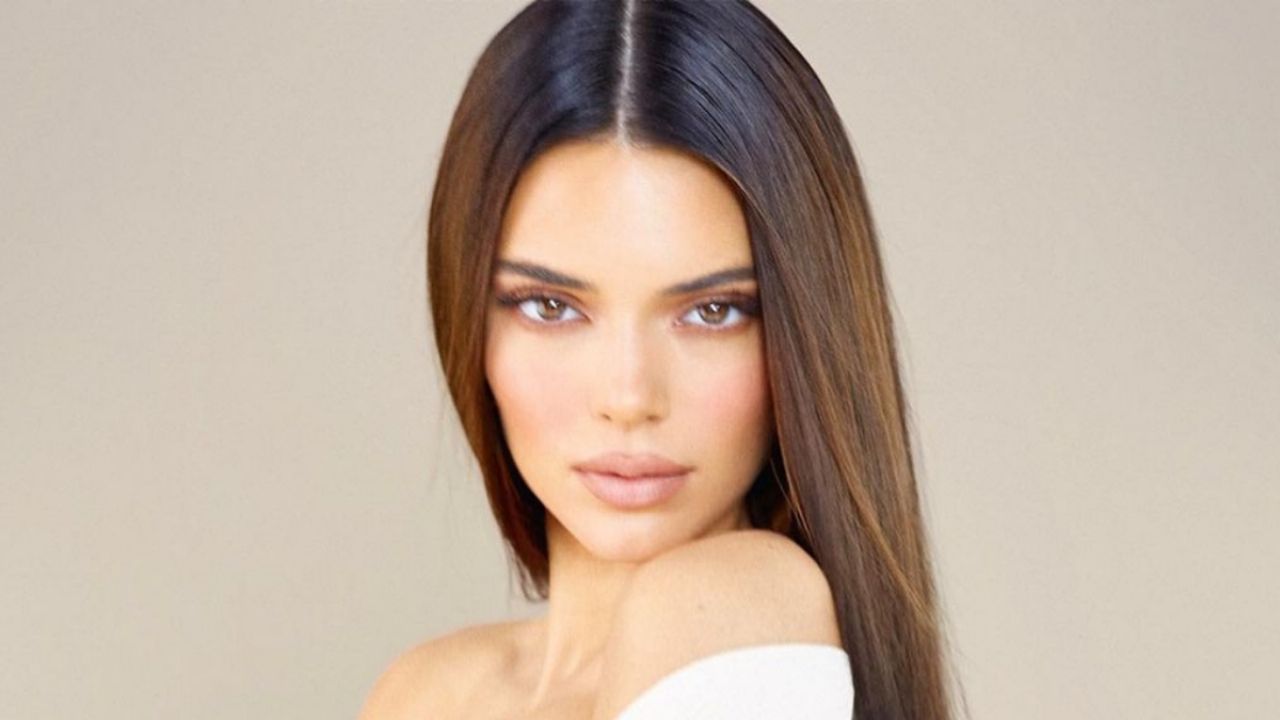 With tears in their eyes, members of the Kardashian-Jenner family bid farewell to their career-launching reality show Keeping Up with the Kardashians on Thursday night. Of course, it’s not a real goodbye: the women keep their combined 950 million Instagram followers regularly updated on their lives, plus it’s rumored their new deal with Hulu will be reminiscent of their old one on E!

Still, it’s the end of an era. Since its premiere in 2007, fans have gawked over the outrageous household that matriarch Kris Jenner ran, watching Kim, Khloe, and Kourtney Kardashian, and Kendall and Kylie Jenner grow up before their eyes.

The sisters undoubtedly helped shape pop culture and society, with Kim popularizing the selfie and the group collectively setting fashion trends, as well as giving credibility to the idea that reality stars could transition into being legitimate celebrities.

They also proved Barbara Walters’ sneer that they have “no talent” dead wrong, each helming their own impressive business empire. Kim’s shapewear line SKIMS and her KKW beauty line has placed her on Forbes’ billionaire List, her net worth slightly ahead of Kylie, who founded her successful cosmetics line at just 18 years old. Khloe is praised for her size-inclusive clothing company Good American, while Kourtney runs the Goop-like lifestyle website Poosh, and Kendall, already one of the world’s highest- paid models, just came out with a prize-winning tequila brand.

But perhaps more significantly, the women have literally left their mark on the world through the faces and bodies of countless women (and men) with the help of plastic surgery.

With a teeny-tiny waist and a large, shapely bottom, Kim is known for her internet-breaking curvy figure. As a teen, Kylie was constantly in the headlines for her suspiciously plump lips, and although Kendall is hailed as the most natural-looking sister, she helped launch the “fox eye” craze.

The sisters’ famed features and envied bodies have influenced waves of people to go under the knife, often using their photos as references for the work they want done, two top plastic surgeons told The Daily Beast.

“There is definitely a Kardashianization of the younger people, who are especially looking to make similar changes as to what the Kardashians have had done,” Dr. Anthony Youn, a Troy, Michigan-based holistic plastic surgeon, explained.

“A lot of people, even if they don’t bring a picture of Kim Kardashian, they want that same look—elevated cheekbones, arched eyebrows, that fox eye appearance where the eyes are just a little bit tilted. It’s hollowing of the cheek, a slightly pointy chin, and the angularity in the lower face with plump lips and a narrow nose. There is that tendency of a lot of doctors trying to create that because that’s what the people want.”

For Beverly Hills plastic surgeon Dr. Daniel Barrett, the sisters have been great for business. “Thank you, Kardashian family!” he laughed. “Thank you, I owe you so much. It’s just amazing, it’s been a game changer for plastic surgery. It’s empowering people to feel better about their bodies if they have something that bothers them.”

While the idea of plastic surgery and the Kardashians often go hand in hand, the women are sometimes cagey about admitting if they’ve had certain surgical procedures, even going to extreme lengths to prove they are all-natural.

For years, Kim has been questioned over whether her pert derriere is the work of implants, injections, or even a Brazilian butt lift (BBL). In an effort to eradicate the constant speculation, Kim posted a photo of an X-ray scan as proof that she didn’t have implants in 2011. When Kylie suddenly debuted her now signature full lips when she was 17 years old, she maintained that she only overlined them, complaining on social media about the constant questioning. But she later owned up to having them injected, saying she had always been insecure about her pout.

But Youn said there needs to be some credit given to the Kardashians for fessing up to some procedures, pointing out that Kourtney was forthcoming about having a breast enhancement, Khloe was open about her decision to lay off the fillers, and Kris even documented her face-lift operation during a KUWTK episode.

“They haven’t admitted to everything, but they have admitted to some things,” he said. “Kylie admitted to having her lips done, which is a big deal. There are so many celebrities who wouldn’t admit to that. Also, that’s their personal medical information, it’s nobody’s business, technically. But the fact that they have, I think, has really done a service to those people who maybe look up to them and say, ‘Geez, I could never have that body,’ and they feel bad about it.”

Barrett agreed, adding, “It’s just been completely revolutionary, in terms of the openness of people talking about the work that they’ve had done. It’s almost like, ‘Yes, I got a Gucci bag, but I also got my breast augmentation or my BBL.’ People are actually proud, and they talk about it, and before that never happened.”

“It’s just been completely revolutionary, in terms of the openness of people talking about the work that they’ve had done.”

Both Barrett and Youn have noticed that while clients come into their practices wanting facial procedures to help them achieve a Kardashian-esque look, there’s been a big focus on surgically sculpting their bodies to emulate the sisters’ shapely forms—particularly their behinds.

“One of the fastest-growing operations is buttock enhancement,” Youn added. “Before it used to be just implants and fat, and now there are other non-surgical treatments to enhance the buttocks, as well. I do think that Kim has played a huge role in that because, obviously, her derriere is kind of a calling card for her.”

The hottest procedure currently on the market is the Brazilian butt lift, a two-in-one surgery where fat is liposuctioned from a person’s hips, legs, or stomach area and then transplanted into the buttock, helping achieve a fuller, higher behind. However, the BBL has one of the highest death rates for cosmetic surgery, sparking grave concern among those in the medical industry when a 2017 study found it had a 1 in 3,448 fatality rate.

“I stopped doing [BBLs] once some of the studies came out of how dangerous it potentially was,” Youn admitted.

But the statistics have drastically improved over the past four years, now having a revised mortality rate of 1 in 14,952, according to Aesthetic Surgery Education and Research Foundation in 2020. Concerned over why so many women were dying from the procedure, the foundation conducted a study that found that the deaths were caused when the fat was injected beyond the fat layer of the skin, going into the muscle layer, which could lead to a fat embolism.

However, when the fat was only injected into the superficial layer of skin, there were little to no complications, Barrett explained. “I do a lot of Brazilian butt lifts,” he said. “But you have to go to someone who’s board-certified because we actually have guidelines.”

The surgeons noted that the Kardashians have not only made it less taboo to talk about plastic surgery but have ushered younger patients into their waiting rooms. “It is now a thing with the younger generation. It’s just what people do, it’s crazy,” Barrett said. “[They’ll say,] ‘I got my lips done, I went to Dr. Barrett’s office,’ and they’ll share it on social media.”

But Youn said while the Kardashians have been great for business, he’s not so sure they’ve been good for society at large, mainly because of the influx of young women who get procedures they might not necessarily need.

“If you have somebody who’s in their early twenties or even late teens getting surgical procedures to try to make their face look like the Kardashian shape, that’s disturbing,” he said. “There’s so many aspects of beauty, there’s so many ways to be beautiful, and there isn’t one template for beauty. There are some ethnicities where that type of template, that type of appearance is just not possible. I think what is disturbing about it is, if people think that this is the only standard.”

“In the end, what we’re probably dealing with is a fad of what is technically beautiful,” he added. “Like all fads, it’s going to recede and people’s perceptions of what is beautiful will change. Whereas the problem is, if you make surgical changes to your face, that won’t necessarily change.

But Youn is still appreciative of what the Kardashians have done for his industry, “helping to shine a light on plastic surgery in a more honest way than most celebrities.”

“I have nothing against the Kardashians,” he added. “I think that they are beautiful and hey, they’ve entertained millions.”