Replacement for Paragraph 28a: The traffic light plans these corona rules 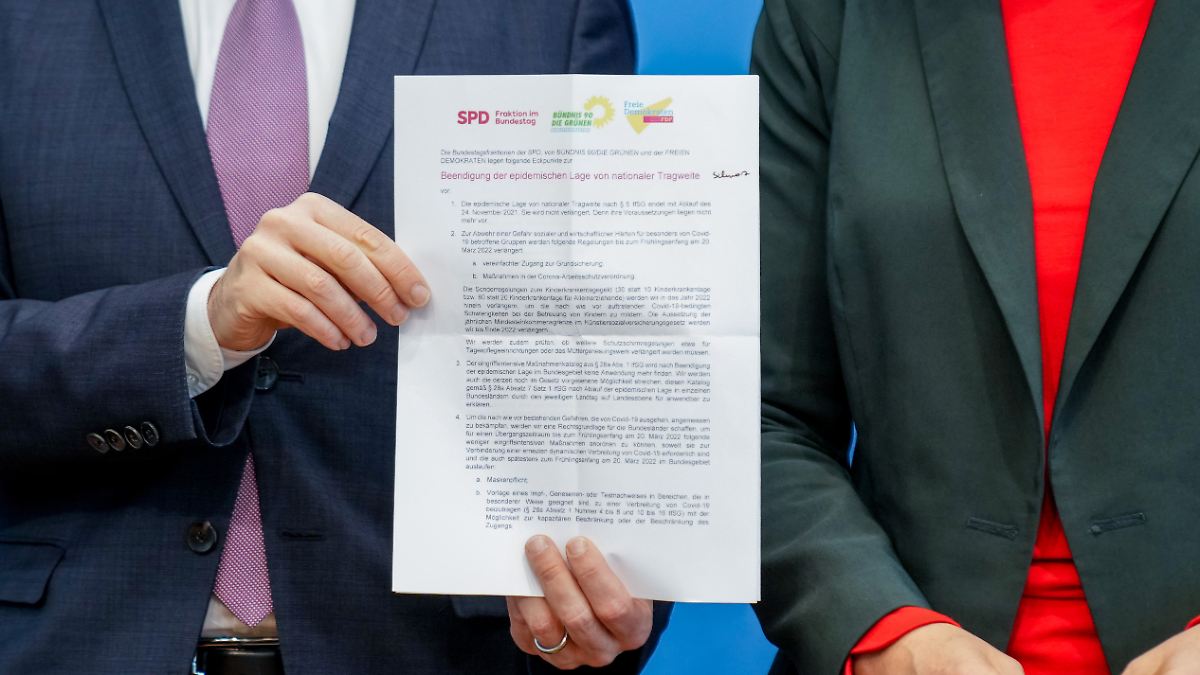 Wednesday October 27, 2021 Replacement for paragraph 28a The traffic light plans these corona rules By Hubertus Volmer Key points of the traffic light parties: The particularly controversial Paragraph 28a, Paragraph 1 of the Infection Protection Act is to be abolished, the Corona measures as a whole are to be “less intervention-intensive” and will finally […]

FDP and Greens skeptical: “Union cannot be explored at the moment, much less capable of governing” Thursday, September 30, 2021 But first talk to the SPD FDP surprised – Union has no time for talks The FDP and the Greens want to continue exploring on Friday in a larger group, discussions with other possible coalition partners are planned for the weekend. It is unclear whether the CDU sees itself in a […]