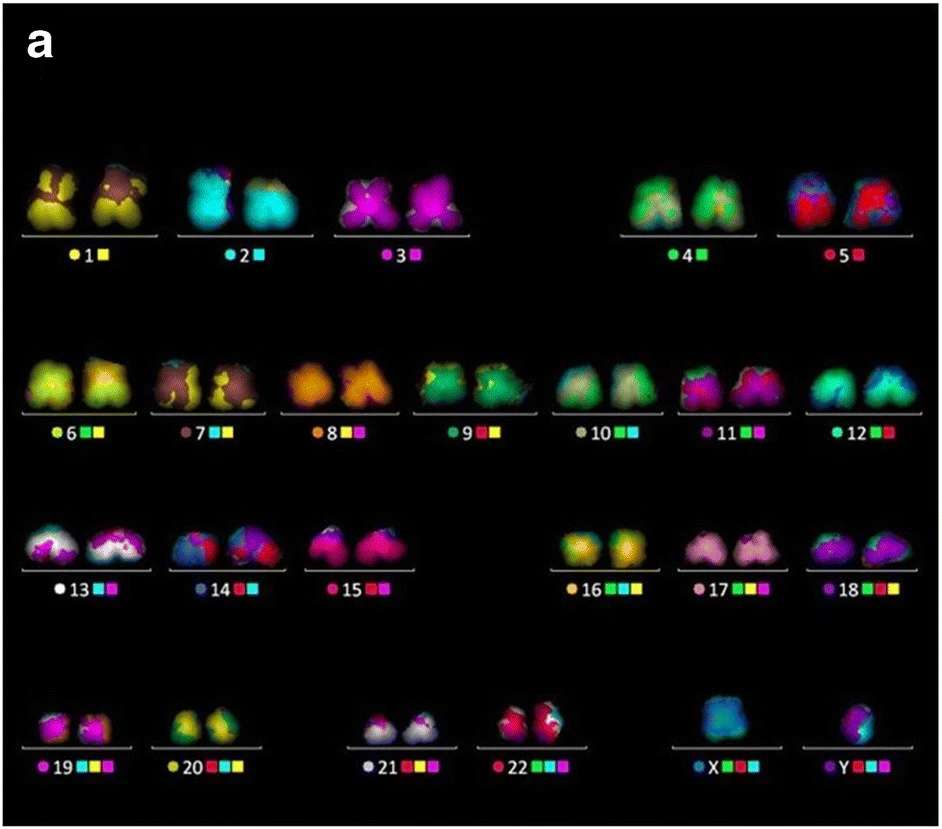 It might sound like a math problem: knowing that an average human of 70 kg contains more than 30,000 billion cells and that each cell contains 23 pairs of chromosomes, how much do the human chromosomes ? Impossible at this stage to answer, of course, since it would be necessary to know the relative weight of the chromosomes in each cell. And if we can roughly estimate the amount ofADN, the latter represents only a very small part of the chromosome, the latter being mainly composed of protein. Researchers from the nanotechnologies of the University of London have therefore established another method to obtain the result.

Ian Robinson and his colleagues used the synchrotron Diamond Light Source to bombard the chromosomes of X-rays, then measured the spread of electrons when the chromosomes are crossed by the rays. The phase shift produces diagrams of diffraction which can then be used to reconstruct a karyotype from mass. Result, the 46 chromosomes of each of our cells weigh 242 picograms (1 picogram is equivalent to 10-12 gramme). « It is 20 times heavier than l’ADN that they contain, which suggests that certain components of the chromosomes remain to be discovered », observe Ian Robinson. Le nucleosome of chromosome 1 theoretically weighs 0.87 pg including 0.28 pg of DNA and 0.59 pg of protein. ” Despite over 130 years of chromosome studies, our research shows that there are still parts of these complex structures that are poorly understood. “. A new ” black matter To investigate?