Three days after the attack on her husband, the presidential widow of Haiti spoke up with a depressing testimony. Observers also see their declaration as a political application.

The 47-year-old President’s wife Martine Moise survived the attack on her husband and President of the island republic of Haiti, Jovenel Moise (53), seriously injured. Shortly after the bloody act, she was flown to Miami, where she was treated in hospital.

Now the survivor of the attack is expressing herself for the first time, reporting on the seconds in which the act happened: “In no time the mercenaries broke into my house and riddled my husband with bullets,” she said on Twitter on Saturday in a self-recorded audio -Message.

16 bullets hit her husband, and another one hit her.

According to the widow, the attackers are “limitless criminals” who murdered her husband around 1 am, “without even giving him the opportunity to say a single word”. The attackers not only wanted to murder her husband, but also “the president’s dream,” said Moise.

Then she got political: “I’m crying, it’s true. But we cannot let the country get lost. We cannot let the blood flow in vain of President Jovenel Moise, my husband, our President, whom we love so much and who loved us in return. “

Observers see in her words Martine Moise’s first wish to succeed her husband, who has ruled the country since 2016.

What Mrs. Moise did not mention: There were numerous allegations of corruption against her husband and the last few months were marked by large demonstrations against him in the poorest country in Central America. Moise ruled by decree since October 2019 because parliament did not want to support his constitutional reform before another election.

Who is behind the President’s murder?

Meanwhile, there are growing doubts about the official version of the murder of Jovenel Moise.

According to the police, a killer squad from Colombia was responsible for the attack. Several of the 17 former Colombian soldiers have been arrested, four of them even shot. But the police said nothing about their motive and their clients. Not even about why Moise’s numerous bodyguards neither intervened nor were injured in the attack.

The first voices from the opposition were heard on Saturday, claiming that “it was not the Colombians who killed Moise”. The opposition politicians left open what exactly that meant. 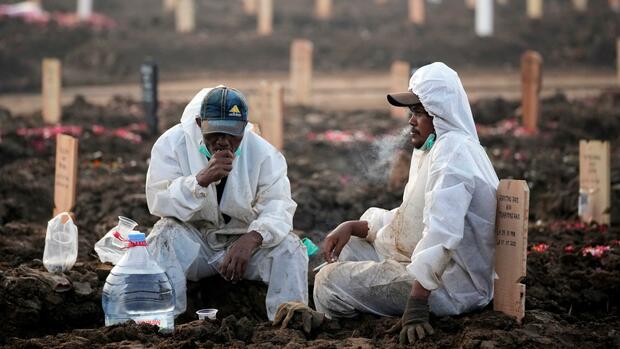 Bangkok The latest pandemic aid from China is reaching Indonesia in seven reefer containers. Your content: Sufficient substance for 14 million vaccination doses – supplied by the Chinese manufacturer Sinovac. It is already the 18th load that arrives from the People’s Republic in Southeast Asia’s largest economy. In total, Sinovac has so far provided the Indonesians with the material for more than 100 million vaccine doses, which is processed by the local state-owned company Bio Farma. The pharmaceutical company from Beijing has never exported so much vaccine to any other country.

Get access to this and every other article in the

Web and in our app for 4 weeks free of charge.

Get access to this and every other article in the

Web and in our app for 4 weeks free of charge. 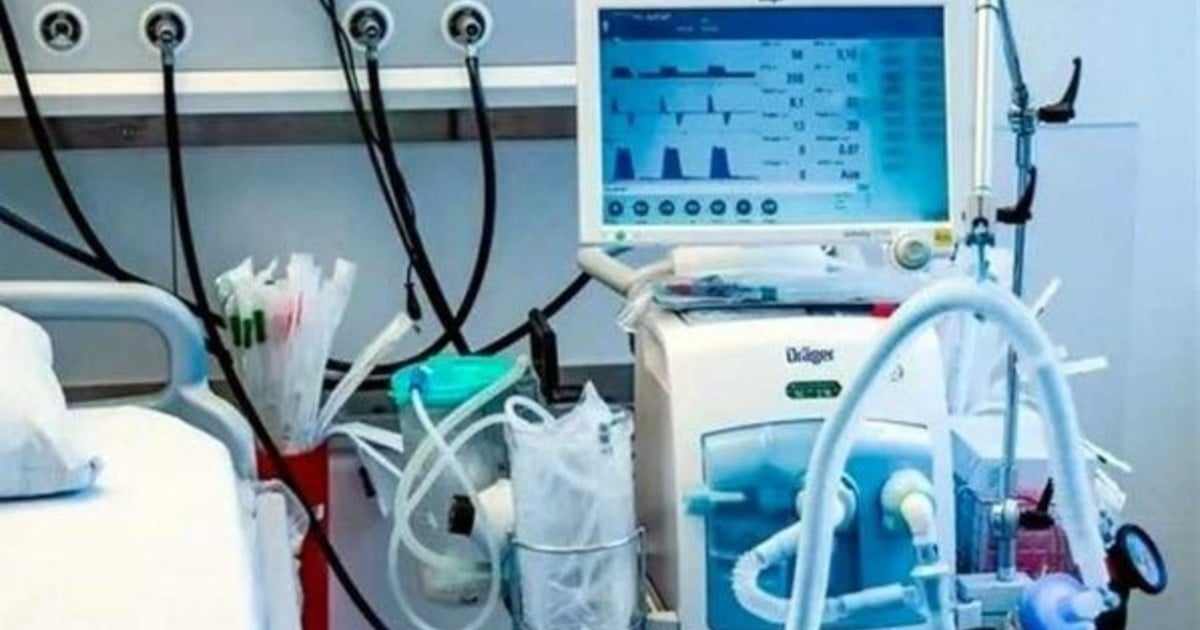 Passing an oxygen-rich fluid through the anus could save your life. This staggering finding could eventually change the way hospital intensive care wards cope with the lack of respirators, so expensive and necessary in the current context of the coronavirus pandemic.

The new treatment for defective lungs involving such a process has been successfully tested in pigs, so specialists deduce that it could also work with humans, which would be a great medical advance.

Currently, people with low blood oxygen levels can be treated in intensive care with a respirator, which blows air into their lungs. But this usually requires sedation and can damage delicate lung tissue. “It can be really harmful,” says Takanori Takebe of the Tokyo Medical and Dental University, Japan.

Takebe wondered whether people could absorb oxygen through their intestines, what happens in some freshwater fish. In mammals, the rectum is lined with a thin membrane that allows certain compounds to be absorbed into the bloodstream, and doctors already take advantage of this by administering some medications as suppositories.

In the current pandemic context, the news could be even more hopeful.

Takebe’s team tested the idea on pigs by giving them enemas of a type of liquid called perfluorocarbon, which can contain high levels of oxygen. “These fluids have been investigated as a way to breathe fluid and are already used to help protect the lungs of premature babies, so they are likely not toxic when used in this new way,” explains Takebe.

Researchers anesthetized four pigs and put them on a respirator that gave them a lower than normal respiratory rate, causing their blood oxygen levels to drop. When two of the pigs were given enemas of oxygenated liquid, replaced once an hour, your blood oxygen levels increased significantly after each infusion. The same effect occurred when the fluid was administered through a tube surgically inserted into the rectums of the other two pigs.

If there is a similarly sized effect in people, it would be enough to provide a medical benefitsays Takebe. He thinks the approach could be especially useful in low-income countries that have fewer intensive care facilities. “Respirators are very expensive and require a number of medical personnel to administer them. This is just a simple enema. “

“One problem is that bowel function can be affected in people sick enough to need intensive care, which can cause diarrhea, “says Stephen Brett of the Imperial College London. “It is too early to say if this has any advantage,” he adds.

Meanwhile, Caleb Kelly of the Yale School of Medicine, USA, wrote that “this it’s a provocative idea and those who encounter it for the first time will express astonishment. But the idea of ​​fecal transplants for people with recurrent intestinal infections also met initial resistance for “aesthetic reasons,” although it is now accepted, “he closed.