Not so long ago, the United Arab Emirates and Saudi Arabia were almost inseparable allies. Politically and economically. But the friends have become competitors, whose dispute threatens to turn the global oil market off its hinges.

The Saudi energy minister, Prince Abdulaziz bin Salman, still speaks of “my friend Suhail” when he talks about his counterpart in the United Arab Emirates, Suhail al-Mazrouei. Personally, the prince told Bloomberg TV a few days ago, however, the two had not spoken to each other for months. Instead, the two “friends” argue in the committees of the OPEC oil cartel and recently even publicly in the media about the limitation or expansion of oil production, thereby keeping the oil market and, indirectly, the entire world economy in suspense.

Saudi Arabia and with it most of the OPEC members as well as Russia are in favor of an increase in oil production limited to a few months in order to meet the recently increased demand on the world market. In principle, the Emirates also agree to this. The proposal before the ministers of the cartel members also provides for an unchanged extension of the previous restrictions. This is unfair from Sich al-Mazroueis, because the Emirates are currently only allowed to use a significantly smaller part of their production capacities than most of the other OPEC countries and Russia. With the exception of the Emirates, however, all others strictly refuse to renegotiate the reference values ​​on which the production quotas are based.

The dispute between Saudi Arabia and the Emirates is remarkable in several ways. Once again, the crucial OPEC meeting had to be broken off on Monday evening without any results. If a compromise is not found, there are two extreme economic scenarios: Either the cartel falls, and the agreement to limit oil production, which was laboriously negotiated with Russia last year after a dramatic oil glut, is over. That would probably lead to another ruinous price war between the oil exporters. Or for fear of a new oil glut, the current, extremely low production quotas remain in force in view of the booming global economy.

A foretaste of what that would mean can already be seen in the oil market. In the morning, oil prices jumped to their highest level in around three years. Observers believe that a further increase to 100 or even 150 dollars per barrel is possible if the producing countries do not expand production over a longer period of time. Since that could shake the global economy, such an increase would not be suitable for producing countries such as Saudi Arabia and the Emirates.

It is not just the financial stake in this dispute over oil that is high. It goes hand in hand with personal and political alienation between neighboring countries. Not only the ministers Prince Abdulaziz and al-Mazrouei were considered friends. For a long time there was no fit between the de facto rulers of the two monarchies, Crown Prince Muhammad bin Salman from Saudi Arabia and Muhammad bin Zayed from Dubai. A few years ago there was even talk of a possible political union between the brother states.

But recently the Emirates have emancipated themselves from the leading regional power, Saudi Arabia. They left the war in Yemen at the end of 2019. The Emirates not only established diplomatic relations with Israel, without agreeing with their neighbors, but also concluded a far-reaching trade pact. At the same time, the country invested heavily in its oil industry and significantly expanded its production capacity and thus its competitiveness in a possible competition against other producers.

Saudi Arabia did not stand idly by this development. Among other things, Ryadh stipulated that all companies wishing to do business in the country should move their regional headquarters – the vast majority of which were previously located in the Emirates – to Saudi Arabia. As the conflict in OPEC came to a head, the kingdom reacted with further countermeasures and announced, for example, that it would suspend trade facilitation agreements for the Emirates as part of the Gulf Cooperation Council. The Saudi decision to largely restrict entry and exit between neighboring countries as part of the protection against infection also caused trouble in the Emirates. Even if, as many analysts believe, OPEC will find a last-minute compromise in the dispute over production quotas. The old friendship between Saudis and Emiratis is likely to be damaged in the long term. 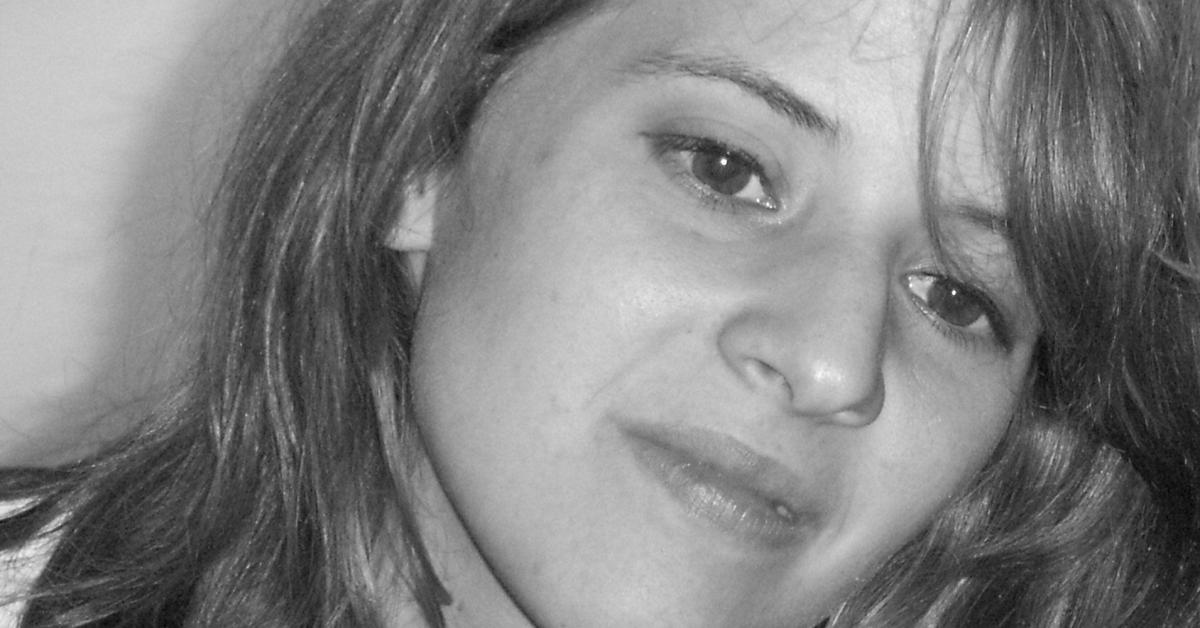 The investigation into the death of Gaëlle Fosset was relaunched recently and one of her friends has just been questioned again by the investigators.

In 2007, Gaëlle Fosset, a young woman of 21, was found dead in Saint-Germain-la-Campagne, in Eure, France. The victim had received 66 stab wounds. This case has not yet been resolved.

However, the family of the young woman remains hopeful and, in recent weeks, new elements have come to relaunch the investigation. The police have indeed received many calls and testimonies since the broadcast, at the beginning of June, of a report on the subject in the program “Call to witnesses”, on M6. We have also learned that new DNA analyzes had taken place recently.

“For nine hours – the remainder of police custody from 2007 – investigators tried to confront her with several inconsistencies and contradictions,” said Le Parisien, who adds that she has not yet been prosecuted. 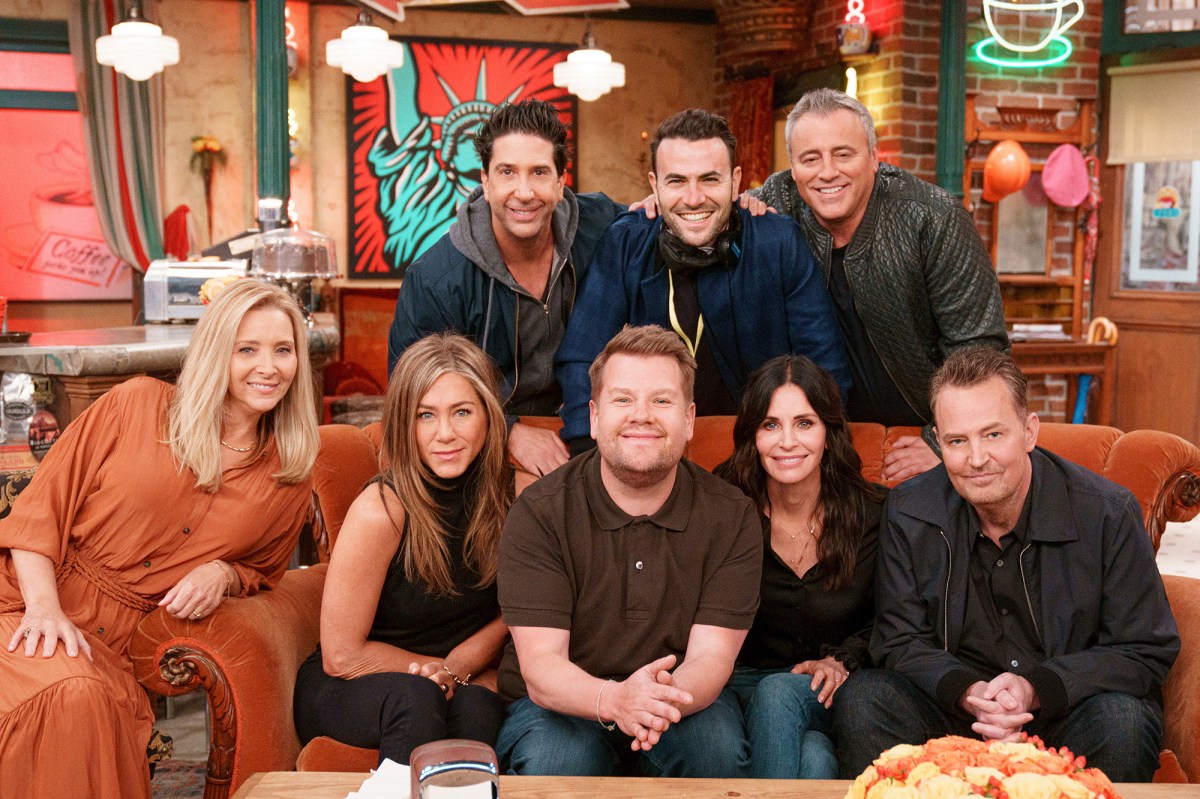 The one where James Corden almost killed the “Friends” cast.

The surprise 11-minute clip featured Corden driving in a golf cart around the Warner Bros. lot — which is where the legendary sitcom and reunion were both filmed — and corralling Jennifer Aniston, Courteney Cox, Lisa Kudrow, Matt LeBlanc, Matthew Perry and David Schwimmer along the route.

While tooling around, the cast members told Corden how the reunion had been a moving, emotional experience for them, with Aniston sharing especially tender moments with Kudrow and LeBlanc.

Corden then tried to lighten the mood, offering to do his signature “Carpool Karaoke” segment with the show’s now-iconic theme song, “I’ll Be There for You,” by the Rembrandts. “I’ve always wanted to do ‘Carpool Karaoke!’ ” exclaimed fan girl Cox as the cast, with a little hesitancy and a few laughs, happily obliged and joined in for old times’ sake.

After the singalong, Corden pulled up to the “Friends” soundstage entrance — but apparently neglected to set the parking brake on the golf cart, which went rolling in reverse as the cast was clamoring off. (Could he be any more careless?) After a brief moment of panic, the beloved cast disembarked unscathed and ventured to the Central Perk set as Corden whispered how he genuinely thought he was about to kill one of pop culture’s favorite groups of friends.

Safely inside, Corden continued the conversation, with LeBlanc offering how he was affected by returning to the set with his old buds.

“We’ve had a lot of laughs. Some of it made it on camera, but the funniest stuff that happened between us, that never made it to TV, those are the memories we keep talking about,” he said, looking to his co-stars for agreement. “Remember when this happened? Remember when that happened? America, or the whole world, never saw some of that stuff.”

Corden also delved into a game of “The Best Friends Test,” prodding the cast to reveal unknown truths about their time on the show — including that Kudrow broke character the most, Aniston was basically a wardrobe shoe hoarder, and how both she and LeBlanc still watch reruns if they stumble across them on TV.

LeBlanc told Corden the reunion was “really, really awesome” and shared some love for his fellow cast members. Well, most of them, anyway.

“These five people right here mean the world to me,” he said, adding with a laugh, “Not Schwimmer so much.”