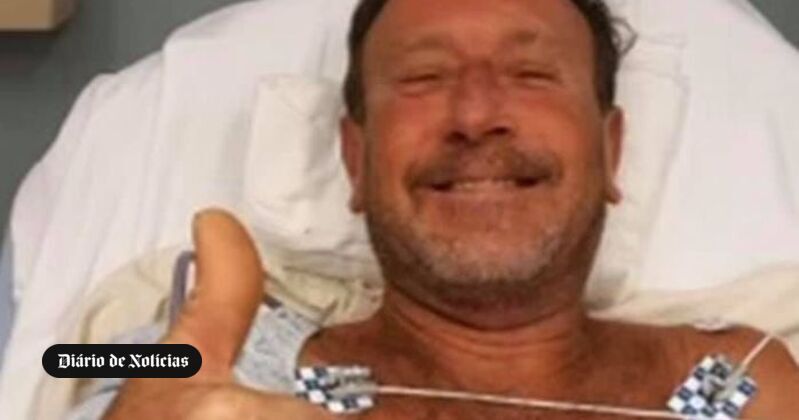 Michael Packard, a lobster fisherman from Cape Cod (the coast of Provincetown, Massachusetts, USA) with 40 years of professional experience, survived Friday, while diving, an experience he will never forget.

“I went down to about 15 meters deep and all of a sudden I felt a huge bump and everything went dark,” Packard told WBZ, the local television station affiliated with CNN.

”Oh my God, I’ve just been bitten by a shark!” was his first thought. But then he realized that he hadn’t: “I groped and realized there were no teeth and I didn’t really feel any great pain.”

Packard, an experienced diver, told WBZ that he still had his breathing apparatus in his mouth when the whale swallowed him. He thought he could breathe but that sooner or later the air in the cylinder would run out.

“I thought to myself, OK, this is it, I’m going to die. And I thought about my kids and my wife,” he said. “There was no way out of there.”

Then about 30 seconds will have passed there, according to the lobster fisherman’s estimates. “All of a sudden, the whale came to the surface and it just exploded and started shaking its head,” said Packard. “I was spat into the air and fell into the water. I can’t believe it. And I’m here to tell.”

Packard was taken out of the water by a member of his crew, taken to the beach and then urgently transported to a nearby hospital. In the end, he said it was “all wrinkled but whole.”

Biologist Jooke Robbins, director of Humpback Whale Studies at Provincetown’s Center for Coastal Studies, said the unusual encounter was likely an accident. “We don’t see humpback whales doing something like this normally,” Robbins told CNN. “I think it was a surprise for everyone involved” – that is, for the fisherman but also for the cetacean itself.

Robbins said humpback whales, also known as humpback whales or singing whales, are often involved in so-called “thrust feeding”: a fast-moving whale tries to gather a large volume of food quickly in its mouth. And “when they do that, they don’t necessarily see everything.”

Robbins added that Packard would hardly be swallowed. Despite their huge mouths, humpback whales’ throats aren’t big enough for an adult human to get through.

Charles Mayo, also a marine biologist at the Center for Coastal Studies, agrees. “It’s a bit like sitting down to a really good meal and having a fly pop into your mouth,” he told CNN.

Mayo also said that his son, Josiah, is the captain of Packard’s boat and therefore responsible for tracking the diver’s movements, by visualizing the air bubbles he emits when breathing through an oxygen cylinder. He was there when his son brought Packard ashore and the emergency services immobilized him and took him to the hospital.

This scientist also doesn’t remember a situation where a fisherman ends up in a whale’s mouth. And he adds that Packard was in real danger, if not from the whale’s throat then from the air pressure in its lungs when the whale surfaced to spit it out. “If you reach atmospheric pressure and hold your breath you can develop an embolism,” Mayo said.

But Packard – he continued – “must have kept his cool.” “To get out of a situation like this you have to be a top pro,” Mayo said. Concluding: “He’s still out there because he’s smart. He’s smart, tough, and lucky.”