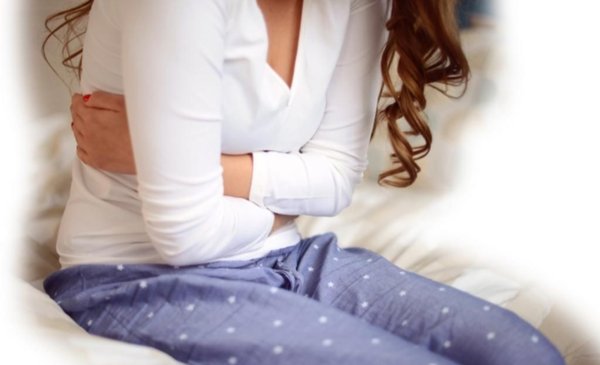 There is something that is well known and that hardly anyone discusses anymore: our mental health – which includes emotional, psychological and social well-being – affects the way we think, feel, relate, decide and act in life. What’s more: the intimate connection of the mind and food, experts say, is two-way, since enjoying a healthy and appetizing meal has a positive impact on our psycho-emotional well-being, and conversely, the discomfort derived from conflicts or imbalances of our inner world, it can lead us to have negative eating behaviors.

The pandemic is leaving its mark on our psyche, experts warn with increasing insistence. “What we eat and how we eat it is a basic factor for improving our mental health and psychological well-being, aspects that should be given importance after a year and several very difficult months,” says Dr. López Ibor, from the European group ORPEA specialized in mental health.

“Good nutritional status is closely related to good mental health, and gastronomy is a key point in the experience of patients,” says Paula Martínez, director of this psychiatric center. “In this clinic, the majority of patients with pathologies of depression, anxiety, and personality disorders are treated. The moments of satisfaction and joy that a good meal can generate, undoubtedly help them in the evolution they take in their group therapies with their doctors ”.

“Gastronomy is a complement and a reinforcement for an improvement”, remarks Martínez, who also highlights that “it is proven that quality products, an exquisite presentation and excellent preparation, generate a well-being and a feeling for the clinic’s patients. of normality more assimilable to their usual life, which is very important with regard to their experience and emotions ”.

Chef Diego Guerrero, for his part, is convinced based on his own experience: “It has been shown that there is a relationship between food and mental health, between gastronomy and psychological well-being. People’s emotional states have a direct impact on their health ”.

For the chef, “cooking consists of feelings, it appeals to emotions. When you cook for someone it is to generate feelings and, generally, they are of happiness. We know that a healthy diet helps to rest better, not to put stress on the liver and other organs. In the end, everything is closely related. The way we eat directly affects our mood and, consequently, our health. From the point of view of restoration and gastronomy, it is not the same to cook in a home, a clinic or a restaurant, but there must always be some general characteristics, such as affection, perseverance, love, dedication and passion. for the product ”.

What the chef says is in perfect harmony with what the Centta Institute points out: “The relationship between our food and our well-being is a two-way street, since both facets of our lives exert a reciprocal influence. For example, our deep psychological problems and relational difficulties can manifest themselves in the form of eating disorders ”.

According to the psychologist Robin Rica, this type of disorder represents “a serious mental health pathology that manifests itself essentially through symptoms and obsessions related to food and body image.”

These eating disorders include anorexia nervosa (maintaining an abnormally low body weight); bulimia (excessive food intake in a very short time); and others more complex, such as vomiting syndrome (cyclical episodes of severe vomiting); and muscle dysmorphia (obsessive fixation on a physical trait that is perceived as defective).

“Eating disorders are linked to difficulties in emotional regulation and enormous suffering, so observing possible changes in mood or in social relationships can also give us clues that something may not be going well,” says Rica.

For this specialist, other risk factors for an eating disorder are: low self-esteem, obsessive perfectionism, insecurity, low tolerance for frustration, family overprotection, having an extremely thin beauty model, obsession with sports , the history of obesity, as well as the previous overweight and having suffered ridicule about it (especially in men).

“Adolescence itself is considered a risk factor for an eating disorder”, according to Rica, who explains that there are groups with a higher risk of suffering from these disorders due to their activity, “such as people who practice sports or aesthetic activities or who must fit into weight categories (boxing, martial arts) ”. 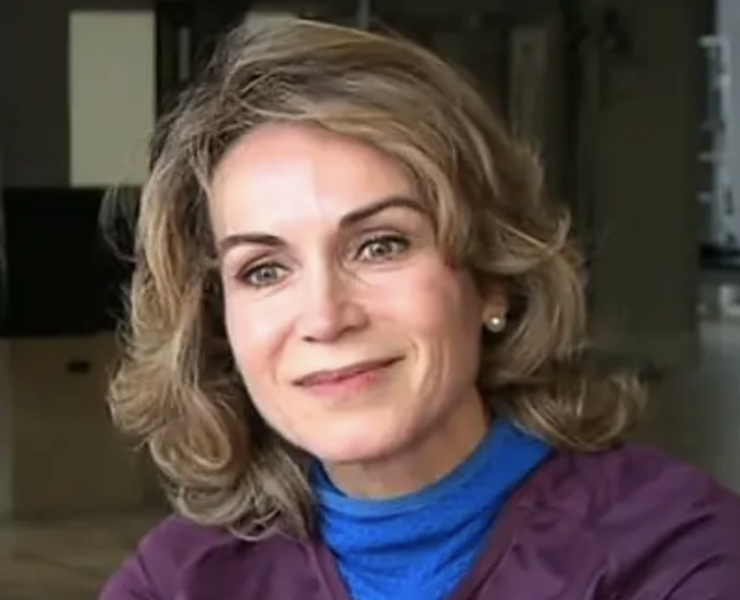 The cult of the body has almost become an obsession of society but few care about taking care of our brain as well. Daily training should not be only physical but mental, since our head deserves the same attention as the rest of the gear we are part of. “In the same way that physical exercise helps to keep our muscles and joints in good condition and with this we gain resistance and strength. Mental activity helps all the folders and documents included in our computer that is the brain to be kept fit and up-to-date. The computer offers us from time to time the possibility of erasing elements that we do not use often and… the same does our brain with experiences, memories or actions that have less interest or that we have reviewed on fewer occasions. But mental activity is good not only in patients who lose memory, but in any type of person and at any age ”, argues Dr. Javier López del Val, neurologist and member of Top Doctors.

Fortunately, there are formulas in the day to day such as the omnipresent ‘mindfulness’, which does not have a clear definition beyond “mindfulness” or meditation, but promises to be very useful to treat problems such as anxiety or stress, for example. It is about observing and paying attention in a conscious way to the experience that you are living at that moment and doing it with interest, curiosity and above all, acceptance. A way that, according to specialists, makes our pain, illness or any other challenge in life work consciously, thus helping to achieve a necessary internal balance. The question then is, how can we apply all this to the sports field?

The ‘runfulness’ or how to also run with the head

It is in this line that ‘Runfulness’ arises, a running practice that is made up of 5 elements (breathing, mindfulness, harmony, Walden technique and visualizations) as one of its creators, Pilar Amián explains: “Runfulness communicates and it teaches a philosophy of life, not just a way to enjoy running. It is an attitude not an aptitude. That’s why we call it the Wallen Method after Thoureau, a mid-19th century American philosopher whose philosophy inspires the method. He said in his book “Walden Life in the Woods”: Almost all people live life in silent despair. Our goal is to end it through this way of moving. This practice forces us to dive into each one of us, take out the inner strength that we all carry within and project it on any terrain: work, family, a diet, a project, whatever is valid ”. This is not about running for the sake of running or crushing yourself in each session, but doing it at the pace that your emotions demand of you. “We thought there was a basic error: if we were ‘born to move’, why do people hate it? (…) We had to change the format, find a way to make people want to run ”, continues the founder.

This is how this system was born, which aims to consciously do certain activities that are usually done unconsciously such as breathing in and out, meditating, feeling our body, monitoring our posture or having control of our movement. “In our day to day we are used to developing these processes on automatic pilot. Sometimes they work for our benefit, other times they just work; and others burden us with our chores, inviting us not to continue in the endeavor, such as running (…). It is an Active Mental Running: we run putting a certain intention to each step of our movement. If we manage to control these processes in the movement so that they work for our benefit, that is, turning the previous phenomenon around, doing the same in another life situation will be a piece of cake, ”says Amián.

The importance of keeping your mind active

All the experts agree, mental activity is satisfactory and absolutely necessary not only in patients with memory loss but also in any person of any age, as recommended by Dr. López del Val: “mental exercise or memory work serves to delay and / or to stop the progressive deterioration that age brings with it (…) that is why it is recommended in all cases, in healthy people to keep and keep our computer files “useful” and in those people who start a mild cognitive deterioration, with much more reason metal “work” is essential. We must remember that everything that is not used, is forgotten and disappears ”. Furthermore, this cognitive stimulation must undoubtedly go hand in hand with physical exercise as a daily tool for the result to be entirely favorable, as the neurologist continues to argue: “there is a recent Norwegian study that compares the active elderly population with the non-active population and it is confirmed that the motor and cognitive impairment is much more prevalent and important in the inactive ”.

For this reason, in addition to methods linked to specific disciplines such as running like the one mentioned above, there are other ways of working together with our body and our brain that go a step further. One of them is the Mental Fitness program, a pioneering initiative of the Community of Madrid devised by the teacher Fer González and supported by the neurologist Dr. Pedro Luis Guardado, whose objective is to improve the recirculation of blood to the brain by reducing the effects of aging. in the adult population thus gaining in attention, memory, concentration, response time, intuition, verbal or non-verbal reasoning … a way to combat brain aging aimed at the senior population in order to avoid suffering from degenerative diseases such as Alzheimer’s and other dementias .

A training session lasts one hour and in it cardiovascular work, balances and stretching are alternated with mental activities based on numbers, puzzles or images in a dynamic way. A way not only to prevent cognitive deterioration but to minimize stress, promote social relationships and improve mood, fundamental pillars to achieve that long-awaited balance that we all seek.

With the celebration of Global Running Day 2021, ASICS has taken the opportunity to launch its original proposal to take action and put into practice the meaning of its acronym “Anima Sana In Corpore Sano” (“healthy mind in healthy body”). In this way, through the combination of facial scanning technology and self-information data collection, all runners who wish to do so will have the opportunity to check the impact of your workouts with respect to a total of ten metrics associated with cognitive and emotional levels, such as: concentration, positivity, confidence or calm, among others. Have you ever wondered how those kilometers that you add to your legs affect your feelings and thoughts? The herramienta Mind Uplifter de ASICS helps you on this specific mission, of course … with your running shoes on! 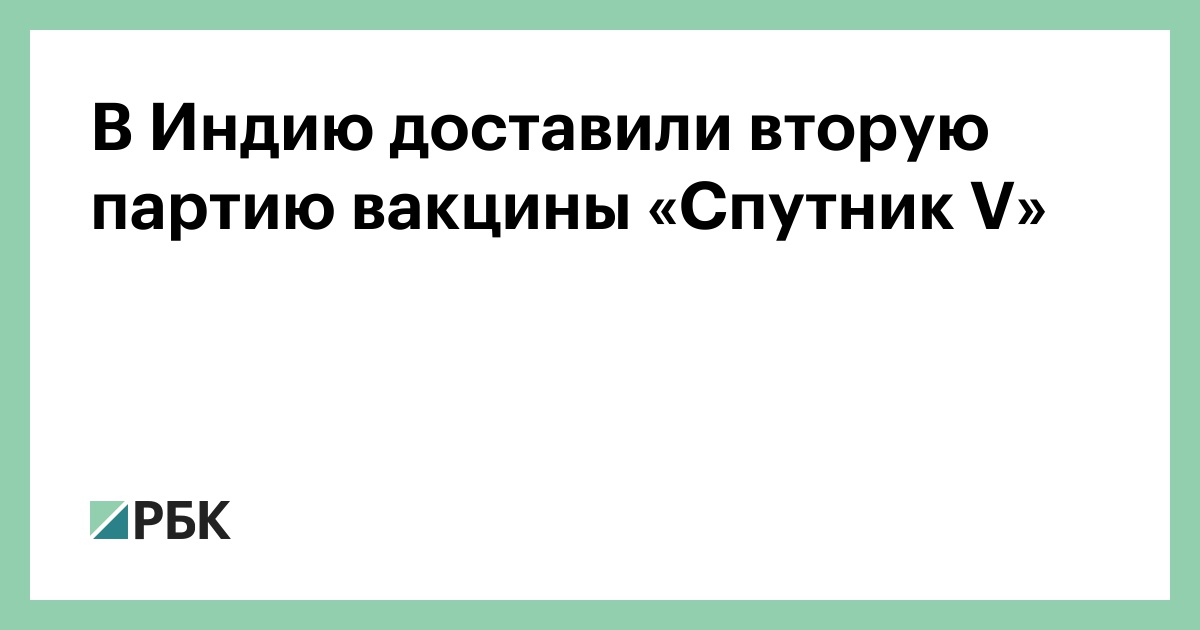 The second batch of the Russian Sputnik V coronavirus vaccine was delivered to the Indian city of Hyderabad. Russian Ambassador to India Nikolai Kudashev told reporters about it, reports TASS.

“The second batch of Sputnik V was delivered to Hyderabad today. We are very pleased that the joint struggle of Russia and India against COVID-19 <...> is firmly on the rails and is moving forward, “Kudashev said.

He also added that the humanitarian aid delivered by the Russian side in April is already being successfully used in India.

In April, India approved the emergency use of the Sputnik V vaccine. The Russian vaccine became the third, the use of which was allowed in the country.

Covid records: what is happening in India. Photo report