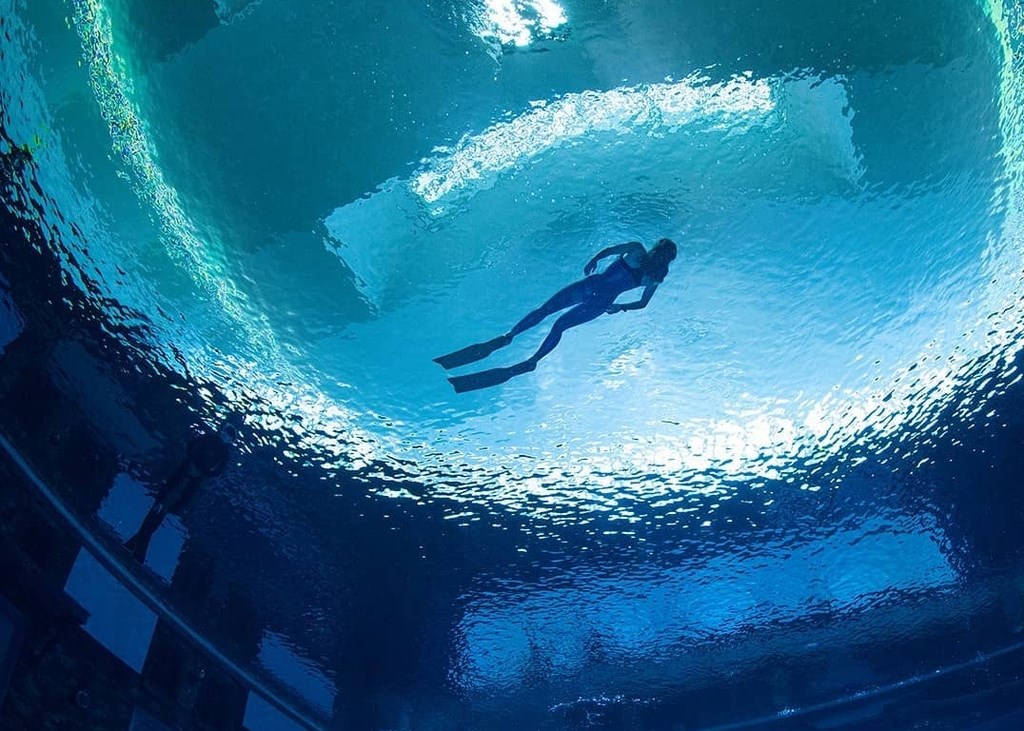 “Dive in another world” – this is how the world’s deepest diving pool inaugurated in Dubai is presented. Professional or amateur divers can descend up to 60 meters, going through the floors of a kind of submerged building — where even table football can be played.

Dubai, known for being a business hub and scorching summer temperatures and with a reputation for extravagant and record-breaking attractions, has already opened this pool with a capacity equivalent to six Olympic-size pools.

The well has been verified by the Guinness Book of Records as the world’s deepest diving pool: Deep Dive Dubai is 15 meters deeper than any other.

Visitors can go scuba diving or snorkelling. On the way to the bottom, through a “city” submerged with sound and lighting, there are two “dry” rooms for a break. 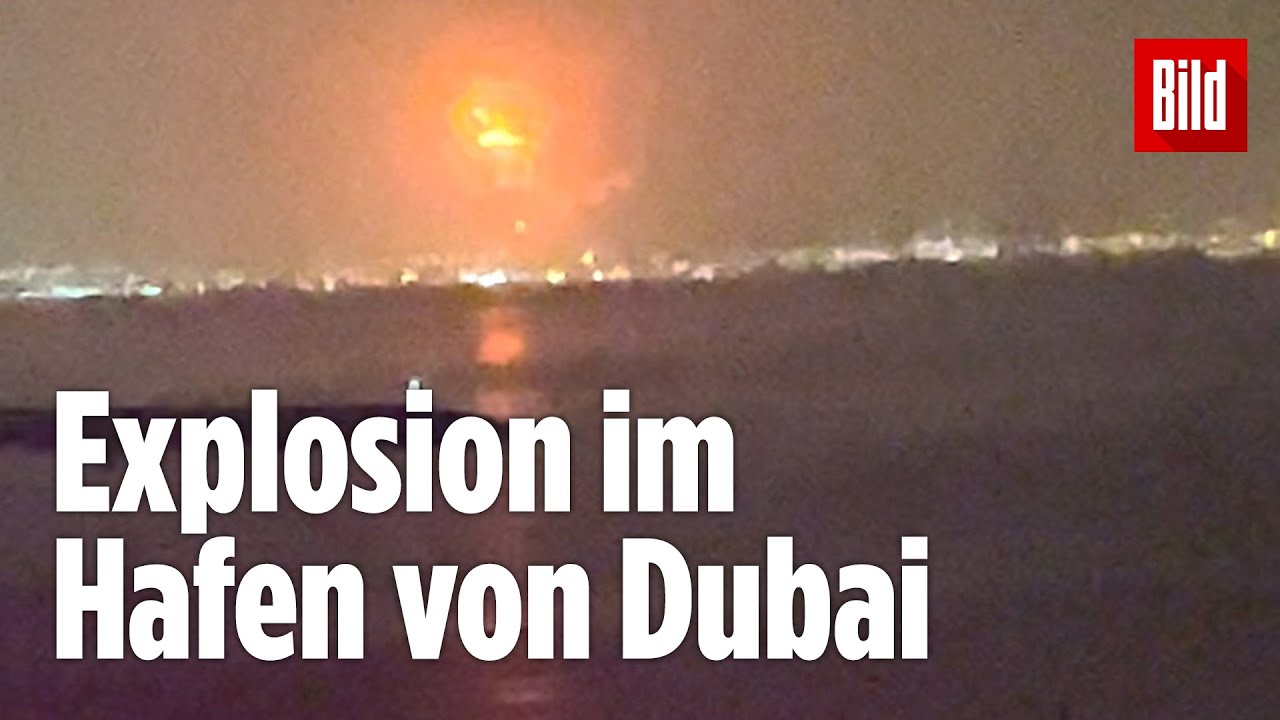 A container ship in the port of Dubai has gone up in flames. Videos show a huge ball of fire. Nobody was injured.

With a loud bang, a container on board a ship in the port of Dubai went up in flames. The fire was triggered on Wednesday (local time) by an explosion in a container as the ship was preparing to dock at the port. A video published by the agency showed how firefighters fought the fire on the ship loaded with large containers.

The port authority gave the all-clear shortly after the explosion. All necessary measures have been taken “to ensure that normal shipping traffic in the port continues without interruption,” said the authority on Thursday morning. As the emirate’s press office announced, the fire was brought under control. Accordingly, there were no injuries.

According to the police, three of the 130 containers on board contained flammable materials. A total of 14 crew members were therefore on the ship. Several residents said the bang made their window panes shake. 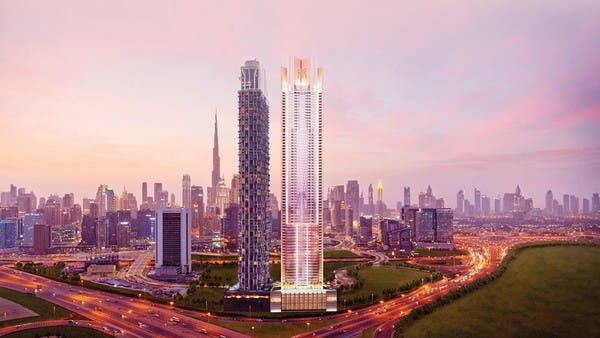 Deyaar Development has announced the launch of the Dhs1 billion Regalia skyscraper project in Business Bay.

The Regalia project will be the tallest tower ever built by Diyar. The apartments in the 70-storey residential tower will feature smart home technologies.

The Regalia Tower is expected to be completed in December 2024.

Investors can register and complete the purchase procedures by making an initial down payment of only 10%, and then pay the rest of the installments according to a seven-year payment plan.

Saeed Al Qatami, CEO of Deyaar Development, said: “We expect the project to be well received by investors.”

For his part, Nasser Amer, Vice President of Sales at Deyaar Development, said, “The project is expected to be completed in December 2024.”

Sami and Mai Omar have been in Dubai for a few days, when they obtained golden residency in the United Arab Emirates.

We recommend: Nermin El-Feki celebrates her birthday with her family (photos and video)

Ahlam published a video of her with Muhammad Sami through her account on Snapchat and asked him if there was a new job, then asked her audience to wait for a surprise soon.

She also published her photo with Mai Omar, and was also present in the same media evening as Jane Omran. 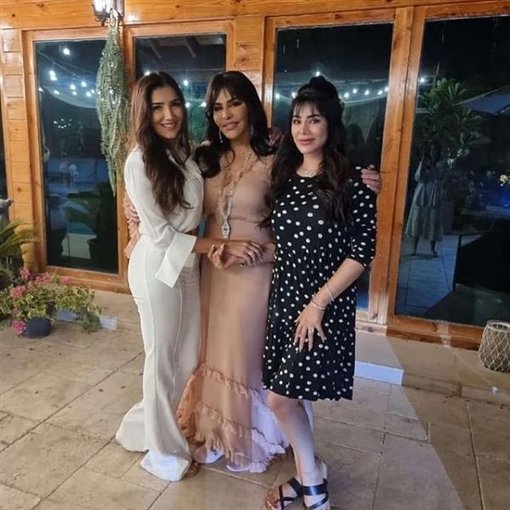 On the other hand, Mohamed Sami collaborated with the artist Mohamed Ramadan in his latest song “Thabet”, which he released on his YouTube channel.

We recommend to you: the Italian Karen Bonucci, the heroine of the clip “Thabet”: I did not know Mohamed Ramadan and Mohamed Sami “polite.”

A video that you should not miss: It was acquired by a large number of famous art in the Arab world .. What is the Dubai Golden Residence?

View of a marquee at the Oktoberfest in Munich (archive image): The city of Munich wants to prevent the planned fair in Dubai from being called Oktoberfest in court. (Source: McPHOTO / imago images)

“Oktoberfest goes Dubai”: This is what the organizers from the Arab Emirates wanted to call the folk festival in the desert. Now the Munich Regional Court has banned advertising with allusions to the Munich Oktoberfest.

The organizers of a planned “Oktoberfest” in Dubai are no longer allowed to advertise their event with allusions to the Munich original. With formulations like “Oktoberfest goes Dubai” they would have given the wrong impression that the traditional festival was moving to the Arab emirate this year, the Munich District Court I decided on Friday. This type of advertising makes use of the world-famous Oktoberfest in the Bavarian capital.

The judges approved the application of the city of Munich for an injunction against the organizers, the showman Charles Blume and the former Munich restaurateur Dirk Ippen. The plaintiff had argued that the advertising was a misleading act that violated the law against unfair competition. The lawyers on the other side denied that the advertising explicitly refers to the festival in Munich. The Oktoberfest in Munich is canceled for the second time this year due to the Covid 19 pandemic.

The ruling only prohibits such advertising in Germany. An appeal can be lodged against the decision. 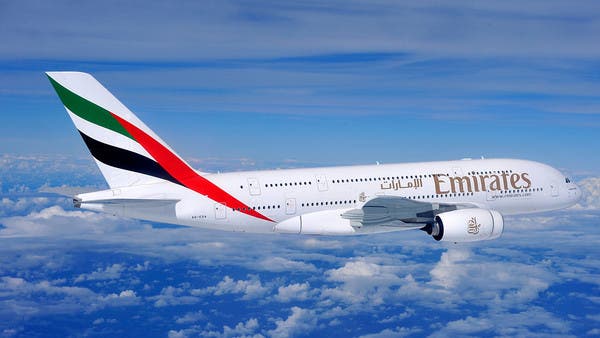 State-owned Emirates Airlines said today, Tuesday, that the Dubai government committed to supporting it during the Corona virus crisis, after its holding company slipped to incurring its first annual loss in more than three decades.

In its annual report, the aviation group said that the Dubai government has pumped $3.1 billion into Emirates Airlines since the start of the pandemic. The company disclosed that it injected $2 billion in capital last year.

The airline, which is one of the largest companies in the world, recorded a decline in revenues of 66.4% to 30.9 billion dirhams, as passenger traffic fell 88.3% to only 6.5 million, due to the impact of the pandemic.

“No one knows when the world will overcome the pandemic, but we know that the recovery will be erratic,” Sheikh Ahmed bin Saeed Al Maktoum, Chairman of Emirates Airlines, said in a statement.

In a previous meeting with “Al Arabiya” in May on the sidelines of the Arabian Travel Market exhibition in Dubai, Sheikh Ahmed bin Saeed Al Maktoum expressed his optimism about the performance of the travel sector in the Emirates, in particular, with the increase in the number of travelers who received the vaccine in addition to the lifting of travel restrictions in many of countries.

He also pointed out that the aviation sector’s activity is currently only 35% of what it was before the Corona pandemic.

On the other hand, Tim Clark, President of Emirates Airlines, explained in an online recorded interview with aviation consultant John Strickland for the Arabian Travel Market exhibition, that the performance of “Emirates Airlines” is better than it initially expected, and “We are much better than We thought we’d be at it by this time,” according to Reuters.

“I’m not saying it’s good,” he added. “It’s just better than we thought we would be when we set out our visions in the spring of last year.”

Clark stressed that he had no doubts about the return of international travel in large numbers. 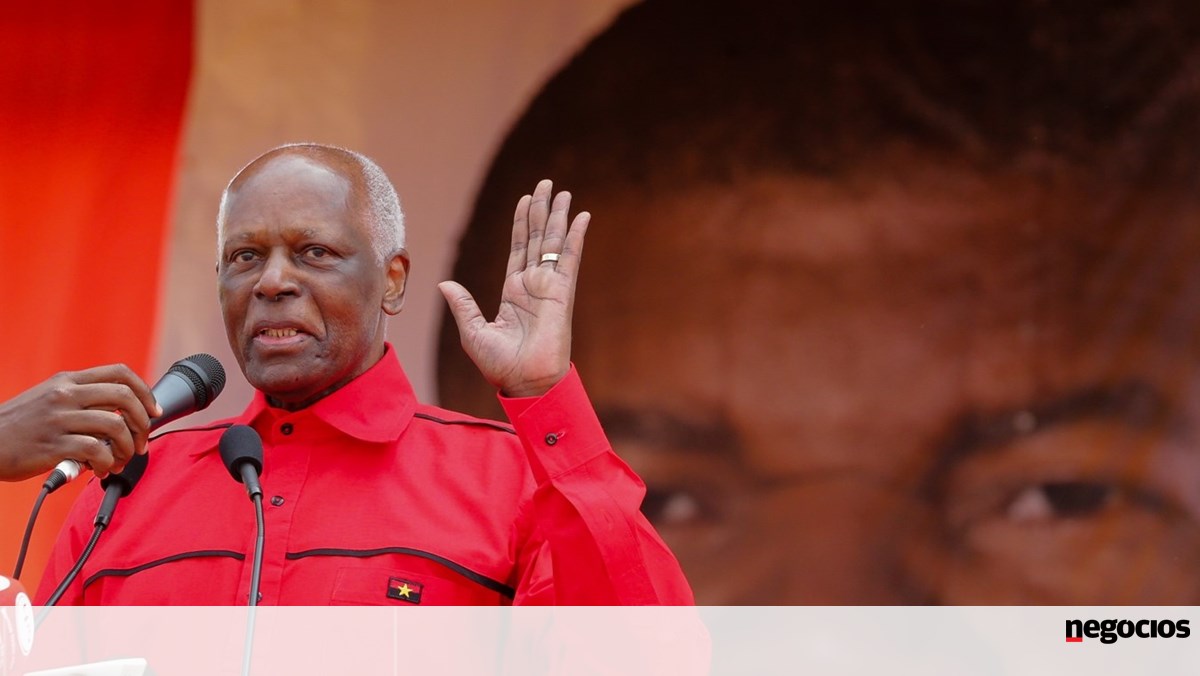 José Eduardo dos Santos is expected to travel to Luanda during this month of June, thus putting an end to a long absence from the country. The former President of the Republic left Angola in April 2019 and has since settled in Barcelona. The exception to this kind of exile was a trip to Dubai to be with her daughter, Isabel dos Santos, after the death of her husband, Sindika Dokolo. 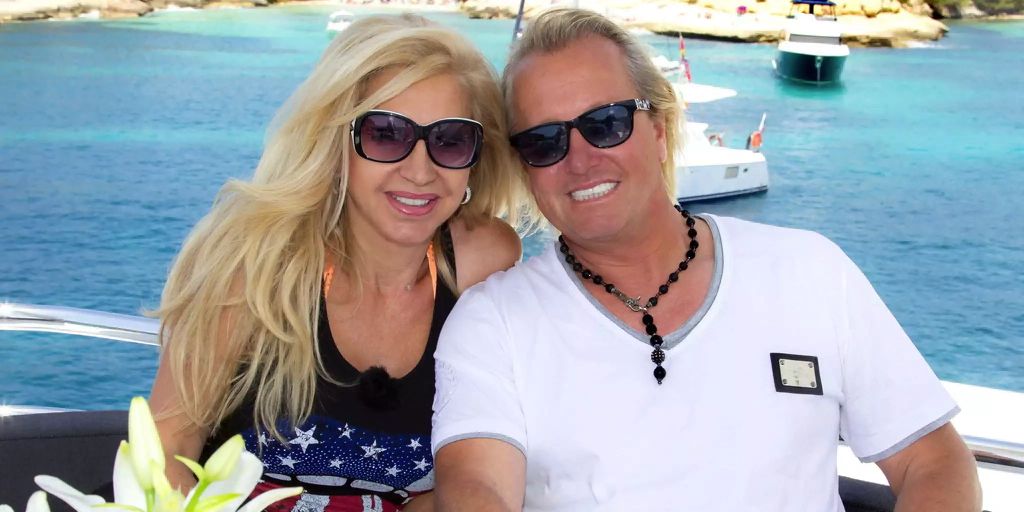 The Geissens have been showing their decadent lives on TV for ten years. Robert Geiss made wealth early on by selling his company.