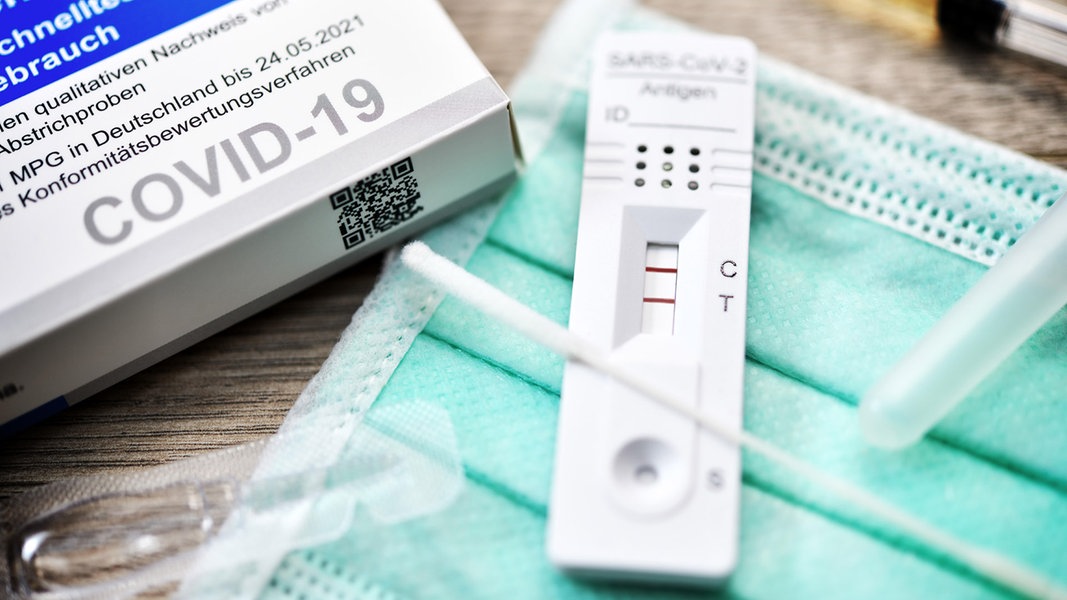 It would be too good to be true: Simply stop looking at the daily infection numbers and Corona is only half as bad. Anyone who has always considered the so-called seven-day incidence to be a pretext for politics to justify measures against the spread of the virus, including lockdown, will be happy about the current rethinking in Berlin. Health Minister Jens Spahn no longer wants to make the number of new corona infections per 100,000 people within a week the sole measure of action. Other indicators such as the so-called hospitalization – i.e. the number of corona patients who have to be treated in hospitals – are to be added.

One has to look more broadly at the infection process, says Stephan Richter.

The step is correct because the progress in vaccination is linked to the hope that a new corona wave will result in less severe disease courses. In any case, a look at Great Britain so far shows that the health system there is less burdened than before the start of vaccinations, despite a new infection dynamic.

The move away from the incidence value as the sole guideline for political decisions ushers in a new phase. The expanded view of the corona events is a signal to no longer just stare at the infection numbers like the rabbit at the snake. After all, those who want to protect themselves from storms do not only observe amounts of precipitation.

The coronavirus will no longer go away completely. Learning to live with the dangers means taking a broader look at the infection process and carrying out a comprehensive impact assessment of all measures. The health of the population is not only determined by the seven-day incidence. Closed kindergartens and schools, exit bans or a lockdown of the economy can also make you sick.

That in no way means taking the risk of the corona virus, which is increasingly afflicting younger people with the delta variant, on a lighter shoulder. Ignoring data does not help anyone. The consequences of dealing too carelessly with the pandemic became clear at the end of the vacation period last year. The receipt was a new corona wave with thousands of deaths. Not to mention the long-term consequences that sufferers have to struggle with.

Nevertheless, the infection process must be looked at more broadly – precisely because many questions about the spread of the virus or the Covid 19 disease remain unanswered. How long does the immunization last after a full vaccination – and how does it work against new variants? That too is still unclear. Not to mention the effects that tough Corona measures have for young people, for example, who are not allowed to go to school for months.

There are no simple solutions

Dealing with Corona will not get any better if the daily news about the number of newly infected people disappears from the media. But the fight against the virus does not have to get worse if the informative value of the seven-day incidence is relativized. There are no simple solutions here either – unless, like British Prime Minister Boris Johnson, you abolish all corona rules without further ado. But this is a game with fire.

A responsible corona policy, on the other hand, relies on an ever wider range of early warning indicators. It was right to make the increase in the number of infections at the beginning of the pandemic the premise for action. But now more flexibility and creativity are required instead of the previously practiced automatism. This also applies to the national test strategy, which has by no means been exhausted.

And what about the citizens? They too are challenged. Anyone who only hides behind state corona orders does not do justice to personal responsibility. This begins with compliance with hygiene and distance rules, regardless of how high the seven-day incidence is. And it ends with vaccination. This is not about legal requirements, but about a moral obligation.

Editor’s note: Dear reader, the separation of opinion and information is particularly important to us. Opinion contributions like this comment reflect the author’s personal point of view. Comments can and should take a clear position. You can trigger approval or objection and in this way stimulate discussion. In this way, comments are deliberately differentiated from reports that provide information about a matter and should present different perspectives as balanced as possible.

After LicenseDirekt never tired of criticizing the changes made last year in the context of Microsoft’s product regulations at the expense of companies and authorities as well as the associated European freedoms in a large number of publications, Microsoft deleted this passage again on June 1, 2021. […]

Customers who had purchased fully paid, unlimited (on-premise) licenses with Software Assurance (SA) in the past have for some time been given the opportunity to purchase subscription licenses (discounted) “from SA” under certain conditions. This is, for example, Office 365 (E1, E3, E4, E5) from SA.

So far, thanks to the highest court rulings of the European Court of Justice (ruling of July 3rd, 2012 – C-128/11) and the Federal Court of Justice, when switching to rental models – actually requested by Microsoft – companies have been able to resell their licenses that are no longer required and thus also relieve their budgets and sustainably economize.

Since May of last year – in the midst of the Corona crisis – the existence of “Software Assurance” for a license should no longer be sufficient, because Microsoft also required customers to keep the “Qualifying Licenses” for the entire duration of the subscription.

The practical relevance of the topic was viewed by experts as particularly high. For the trade in used software, the lower inflow of additional licenses threatened with considerable problems in meeting demand. Accordingly, the license direct began early with a public discussion as well as detailed and comprehensive legal processing of the issue. Despite the background of Microsoft’s dominant position and the freedoms required by European law, some used dealers surprisingly downplayed the topic as less critical.

Microsoft was unreasonable at the time and stubbornly argued that customers “want to keep” their old licenses. The manufacturer, however, left the deliberate departure from the previously recognized practice unmentioned.

Larger customers in particular, so-called “enterprise customers”, were hit hard here. Although these are likely to be among the best Microsoft customers, Microsoft apparently grudging them the advantage of selling software licenses that are no longer required in accordance with applicable law. At the same time, the used market should apparently be deliberately restricted.

Finally, there were also statements in a video contribution by a Microsoft employee, in which there was apparently disrespectful mention of alternative jurisdiction with regard to the fundamental decision of the European Court of Justice from the US point of view of the software giant.

Resistance by the brave

While there have been dealers in used software for several years who provide their customers with all – including confidential – documents and information in the alleged manufacturer’s sense without any legal requirement, the LicenseDirekt has always demonstrated foresight. Every customer receives information on the intended use. Beyond that, however, caution is advised and one should avoid risking the fruits of the years of legal dispute carelessly. The case of “from SA” clearly shows that Microsoft has a close eye on the used market. Therefore, the manufacturer should not be provided with additional knowledge about procurement sources without necessity by providing customers with legally unnecessary information. Rather, it should be proceeded with great precision and care. Otherwise, the manufacturer will suddenly take action – as happened last year.

Against this background, licenseDirekt made great efforts to inform customers and the public about the changes by Microsoft at an early stage and continuously and to persistently call for resistance. It took a clear and common voice from dealers and companies to show the manufacturer a clear limit when it comes to restrictions on European fundamental freedoms.

After a year or so, Microsoft has apparently understood and adjusted the product regulations again, declaring the following there:

General: For customers who choose to purchase ‘From SA’ licenses, we have removed the requirement that the customer retain the relevant Qualifying Licenses for the entire subscription period of the From SA license. All other provisions and restrictions in the contract continue to apply. “

The legal dispute against Microsoft due to (alleged) violations of European competition law, initiated by a UK used dealer and clearly welcomed and commented on several times by LicenseDirekt, may have contributed to the change of heart.

LicenseDirekt welcomes the return to the previous regulation without restricting EU law and the associated positive effect on the used market. It has been shown that the efforts and our commitment as well as that of numerous companies have paid off. Anyone who wants to continue to benefit from the used market at the same time and is always looking for supposedly manufacturer-friendly solutions or downplaying its restrictions is on the wrong track and will endanger the unique market.

After all, it is about much more: The basic problem remains the high digital dependency on the state and companies compared to only a few US providers, which is still increased due to cloud services. European free spaces must be protected and fought back in favor of digital sovereignty. We do this out of conviction and we will continue to do this.

* Andreas E. Thyen (graduate economist) is Chairman of the Board of Directors of LicenseDirekt AG and has over 20 years of experience in top management consulting and sales. He has held leading positions in the used software market for over 13 years.