Pelicula life in a year

May 14, 2021 – Willi Brandstetter will replace Franz Meingast at the head of EFM Versicherungsmakler AG at the beginning of July. Meingast only wants to concentrate on his role at Safe7 in the future. 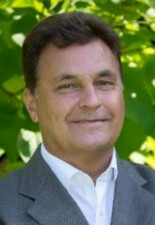 Willi Brandstetter is
from July EFM solo
board of directors (Image: Safe7).

Due to the double function, there were always conflicts of interest, and the activities were “increasingly time-consuming”, according to Meingast.

Many years of insurance experience

Among other things, Brandstetter was managing director of Together Internet Services GmbH for nine years and board member of Uniqa Biztosito Zrt for five years. in Hungary.

Before moving to EFM, the insurance salesman was managing director of the former Uniqa Software Service GmbH, which he took over in May 2012.

In 2016, Brandstetter, in addition to his position at EFM, became a member of the board of the intermediary holding company Safe7 and in January 2018 he switched to the supervisory board as chairman.