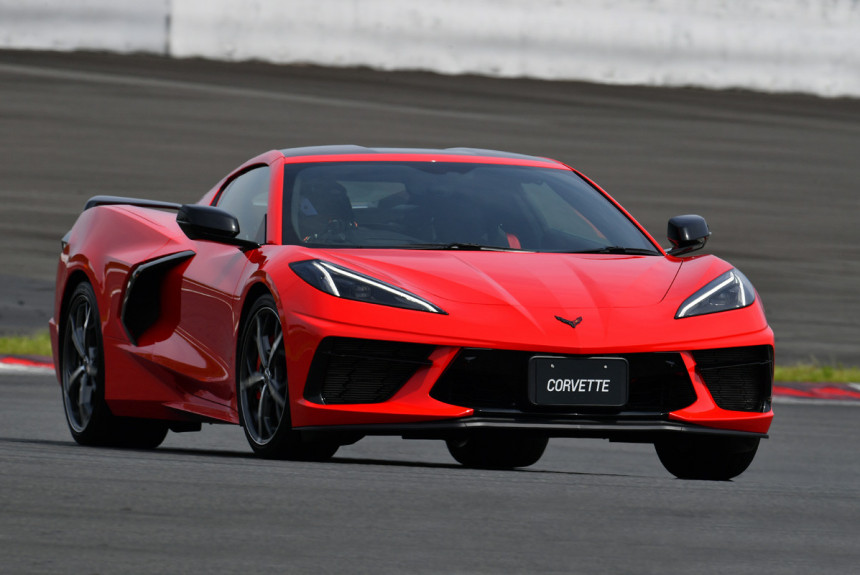 GM has big export plans for the new mid-engined Corvette. After all, for the first time in the long history of the model, which has been under way since 1953, he has a factory modification with a right-hand drive. This version was announced during the premiere of the new generation two years ago, but only now the right-hand drive Corvette made its live debut at the Japanese race track Fuji Speedway, where the local presentation took place.

However, there is an unofficial reason why the right-hand drive Corvette is just now. In previous generations with a front engine, the transfer of steering to the right side was accompanied by very time-consuming layout changes. Now that the engine has moved behind the seats, this problem has disappeared. The RHD Corvette has exactly the same V8 6.2 (497 hp) as the American version; both the targa coupe and the roadster are offered.

In Japan, a new Corvette costs at least $ 108,000. Moreover, the first batch of 300 right-hand drive cars was fully ordered in just 60 hours, although previously no more than a hundred cars a year were sold here. By the way, in addition to the Corvette, the Chevrolet brand sells only Camaro in the Japanese market, and with a left-hand drive. Also, RHD Corvettes will be shipped to Australia (under the GMSV brand), New Zealand, the UK and Hong Kong. Possibly new markets will appear. Against this background, it becomes especially offensive that this time there is no Russian market in the export plans: we will not have a new Corvette.