On July 16, relatives and friends said goodbye to director Alexander Stefanovich, who died from the effects of the coronavirus. The famous screenwriter and image maker, also known as the ex-husband of Alla Pugacheva, passed away at the age of 76.

Throughout the mourning ceremony, many present expected that the Prima Donna would appear in the hall from minute to minute, but the ex-wife did not come to see Stefanovich on her last journey.

But his friend Nikas Safronov, who helped Alexander Borisovich many times in difficult times, could not miss the director’s funeral. At the ceremony, the artist told reporters that Stefanovich had neither a wife nor children to take care of him.

Therefore, having become ill with coronavirus, the star clip maker was first treated at home, and Safronov provided him with everything he needed.

“I spent 2.5 million rubles on a friend’s home treatment. Swiss anti-covid pills, French vitamins, imported oxygen breathing apparatus and food from restaurants only. All this was delivered to the door of his house, ”Safronov said.

However, the artist’s efforts did not help: Stefanovich was getting worse, and at some point he himself wished to go to the clinic. Safronov wanted to assign a friend to Kommunarka, but the director went to the Bakhrushin hospital.

“The drugs we obtained helped our other friends, but this time, alas, Sasha did not get better. Unable to withstand the loneliness, he called me to still put him in the hospital, “- quotes” KP “Safronov.

There, Stefanovich was diagnosed with extensive lung damage and was immediately admitted to intensive care. On July 13, the ex-husband of Pugacheva died.

Earlier, the reason for the divorce of Alla Pugacheva from Alexander Stefanovich became known. Actress Anastasia Makeeva continues to fight with the ex-family of her husband Roman Malkov. As you know, the man left his wife with four children for her, and now refuses to pay child support.

A few days ago, Malkov’s daughter Anya admitted that her father’s new wife was trying to win her favor with expensive gifts. Moreover, the actress actively invited the girl to Moscow, promising all the blessings of the world.

Anya added that her own father, Roman Malkov, on the contrary, was not so affectionate with her: her dad called her names and ordered her never to write to him again.

The revelations of the “stepdaughter” did not leave Makeev indifferent, and the artist hastened to turn to the girl’s mother. According to Anastasia, Anna is blatantly lying, because of which she may even be punished.

“Go to custody. I am legally not related to custody and you. And to your nonsense daughter. But running is good for you. They say you tend to be overweight. So run, Lola, run, ”Makeeva wrote to Malkova.

In her opinion, 14-year-old Anya “lies under the guidance of mamusik”, and at her age she will have to bear criminal responsibility for her actions.

“Anna is a liar. Yes, even a hundred times a good gymnast, this does not exclude nonsense, and one must answer for this, ”Makeeva wrote sternly.

We will remind, earlier her ex-husband attacked Svetlana Malkova. Calling the blonde “a vile animal”, the man said that he left his ex-wife 27 thousand euros and did not owe anything else. On his Instagram page, Nikolaev published a selection of pictures with the birthday boy.

“Lenechka, my dear friend, happy birthday! I wish you simple human joys, good health, desire to write poetry and music, and play tennis more often (with me). May this day be great !!! ” – he wrote.

Nikolaev’s subscribers joined in the congratulations and noted that all three turned out great in the archive photo.

“How beautiful, positive and happy you are all …”, “How beautiful!”, “Happy birthday, talent! ..”, “We grew up on the” Old mill “, which turns and turns,” Raspberry wine “,” Falls snow “,” Barefoot guy “and many other beautiful, performed and sunk into the soul. Two Maestros, two talents, two geniuses of our time! ” – they wrote. 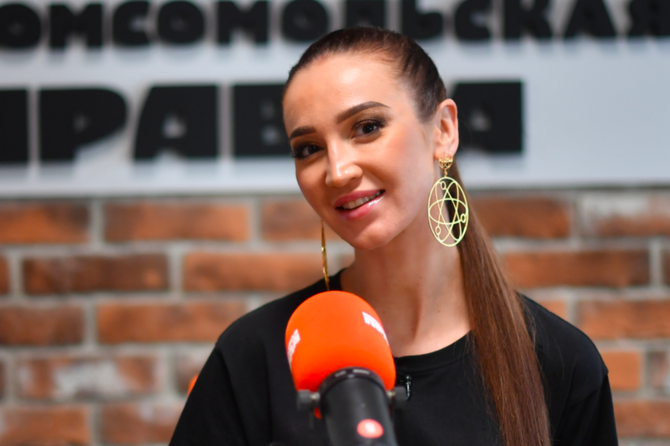 On the eve of the singer and TV presenter Olga Buzova announced that she had launched a new show named after herself. It is released on the Yandex platform in the form of podcasts; the first episode is already available for listening.

In it, she spoke with the famous swindler Balthazar Haydn-Prokhorov, who introduced himself to his victims as a financier and astrologer. The fraudster was previously sentenced to five years in prison, which he has already served.

Talking with the swindler, Buzova noted that she herself is able to justify any act that the people she met did.

“In general, I can publish a book on justifying the actions of all people in this world, and even more so for men! Girls, really, someday I’ll write a book How to Justify a Man. I’m just, I think, a champion in those moments, ”she said with a laugh.

Buzova added that she does not condemn Haydn-Prokhorov. She also admitted that she never wanted to change her name, unlike the swindler, who was named differently at birth. 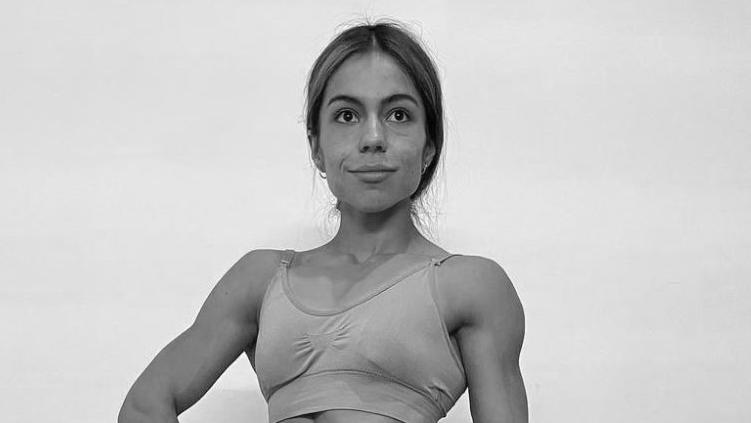 Beauty surgery was her undoing

The procedure was supposed to change her everyday life, but in the end she paid for it with her life. The Mexican fitness influencer Odalis Santos Mena had a big wish: to sweat less. For this she has now gone under the knife with a beauty doctor – with fatal consequences. Because the 23-year-old did not survive the beauty operation.

Botch in the doctor’s office

As reported by the “Daily Mail”, Odalis is said to have carried out the operation in an unlicensed practice. The treatment called MiraDry should permanently reduce your excessive sweat production. For this, the 23-year-old was put under anesthesia. Apparently too much for her young body. Only shortly after the anesthesia was initiated, her heart suddenly stopped beating. Resuscitation attempts were unsuccessful. As initial police investigations have revealed, there could be a botch behind her sudden death. Accordingly, the person who administered the anesthetic should not have been trained to do so.

Odalis wanted to work as a bodybuilder

Odalis Santos Mena dreamed of a brilliant future as a bodybuilder and trained hard for this goal. The fact that the surgery, of all things, which was supposed to make her training easier, has become her undoing should be difficult for family, friends and fans to cope with. (cch) 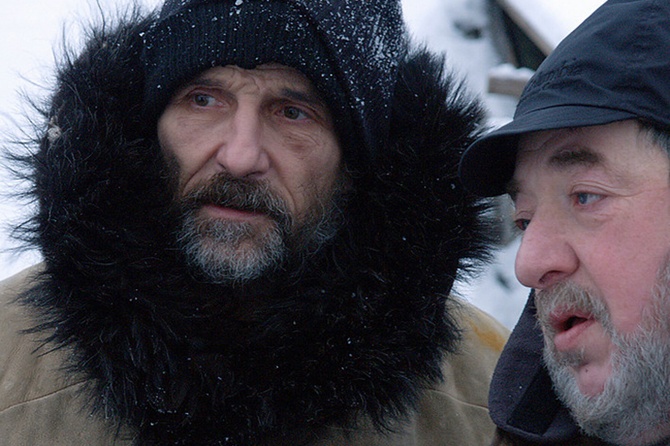 The sad news has shocked Russia today. The famous actor and musician Pyotr Mamonov, who was recently in a coma, passed away without regaining consciousness. On the air of Radio “Komsomolskaya Pravda” (radiokp.ru) director Pavel Lungin shared warm memories of the artist and joint work.

“I saw a unique personality. Tormented, artistic, honest. Honest in self-destruction, honest in search of truth and God. Its human scale was extraordinary, ”said the director.

Lungin shot Mamonov in three of his films: “Taxi Blues”, “The Island” and “Tsar”. He calls all of them extraordinary precisely because of the presence of the actor in them.

“I was hoping to do a fourth film with him. He always dreamed of what kind of magician to play in a children’s fairy tale, ”he said.

The director said that the artist was self-critical of himself. After the takes, putting on his glasses, he went to the screen to see what happened. Sometimes he was so carried away by the process that he himself asked to do it again. 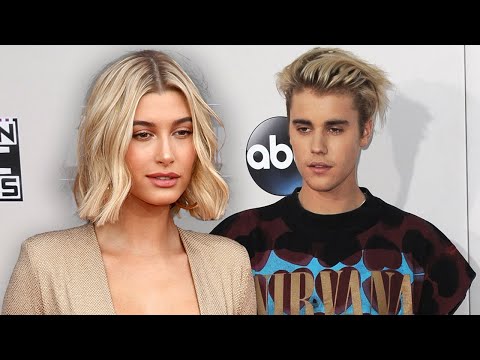 Singer Pelageya celebrated her 35th birthday on July 14. The artist threw a fun party with friends. The stars Dima Bilan, Leonid Agutin and Polina Gagarina were also noted at the holiday.

On his Instagram page, Bilan posted a video showing his performance at a party.

“A legendary moment at the birthday of dear friend Pelageya! The impossible is possible, birthday girl, ”the artist wrote on his microblog.

The fans were delighted with the performance of the songs “Impossible is possible” and “On the shore of the sky” and announced that they were waiting for the official duet of Bilan with Pelageya.

“How warm it is from watching the video. Glad to see together ”; “Balm for the soul!”; “We are waiting for a duet with Pelageya”; “Bravo. The best in the world!”; “Legends!”; “What are cool”; “Dimochka-lighter”; “Pokrovsky will wake up now”; “Why is it so cool ?!”; “So many professionals per square meter”; “Gorgeous, of course!”; “You would be a great couple,” commented fans. 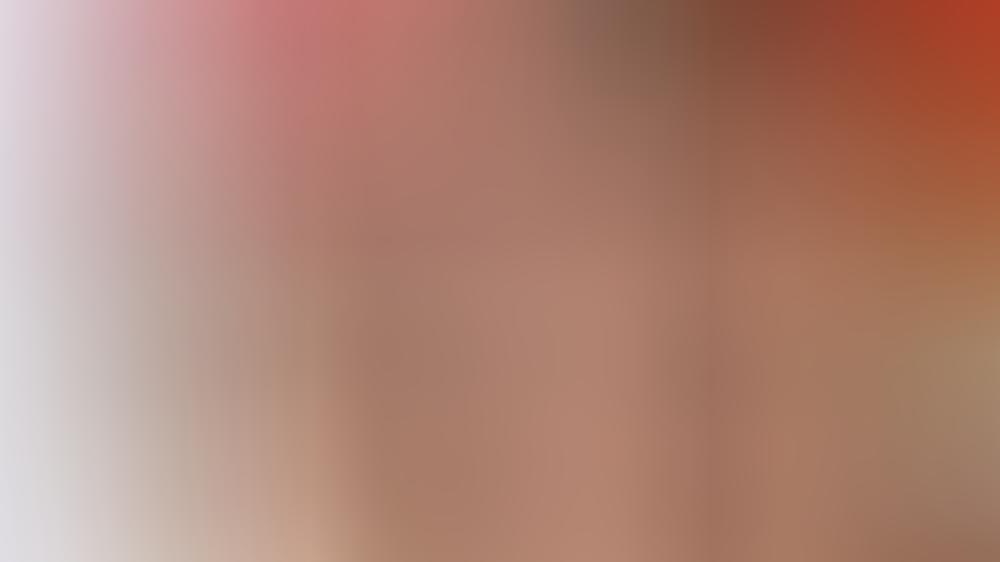 The model shared Perry’s post in an Instagram story and wrote: “Love you.” Orlando Bloom also insisted on commenting on the duo’s joint activity. He wrote under the picture: “You two are the cutest. I missed all the fun. “

Together with model Miranda Kerr, Bloom has son Flynn Christopher (10). After three years of marriage, the two divorced in 2013. Bloom has been engaged to Perry since early 2019 – their daughter Daisy Dove was born on August 26, 2020. In July 2016, Kerr announced her engagement to Evan Spiegel, 31. The wedding took place in May 2017. The couple have two sons, Hart (3) and Myles (1).

Last May, Kerr raved about Perry in an interview with WSJ Magazine: “I adore her. I’m just so happy that Orlando has her, just as I am so grateful that I found my husband a little over a year after Orlando and I split up. “ Six months have already passed since the death of Boris Grachevsky, the artistic director of the Yeralash children’s magazine, but the pain of losing a loved one from his widow still does not go away. She intends to always keep the memory of her spouse.

Ekaterina constantly publishes archival photographs of the director in her microblog, shares her memories of him and, of course, closely follows the grave of Grachevsky. She recently showed what the last resting place of the 71-year-old star looks like now.

Currently, it has been razed to the ground in order to carry out preparatory work before the installation of the monument. Workers level the ground and fill the area with concrete.

“The workers have started the construction of your house … Thanks to MB Varshver for their help, I wouldn’t know how I could do it alone … Dear Borya, another 6 months, and you will be very beautiful,” the widow wrote in her Instagram story under the picture from the cemetery.

By the way, even six months after the death of the director, Ekaterina Belotserkovskaya cannot take off her wedding ring in any way. Once, answering questions from subscribers on the Web, the widow admitted that she would never take it off, because she would never stop loving Boris Grachevsky.