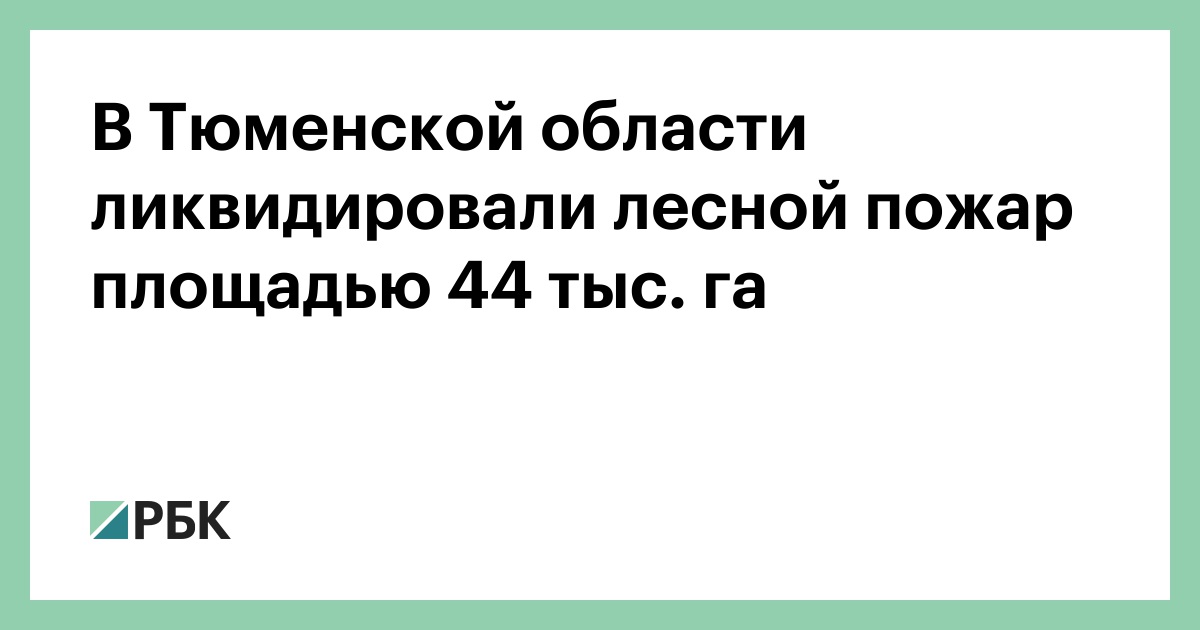 In the Tyumen region, a forest fire was extinguished, which spread over an area of ​​44 thousand hectares. Governor of the region Alexander Moor announced this on his page on VKontakte.

“The largest forest fire on the territory of the Tyumen region with an area of ​​44 thousand hectares in the Yurginsky district was liquidated tonight,” the message says.

A fire at a warehouse in the Moscow region covered 5 thousand square meters. m

According to Moor, the situation in the region remains tense. The governor recalled that it is now forbidden to visit the forests in the region.

The website of the regional department of the Ministry of Emergency Situations says about the introduction of an “emergency situation in the forests” regime to extinguish large fires. An emergency regime has also been introduced on the territory of the Aromashevsky municipal district.