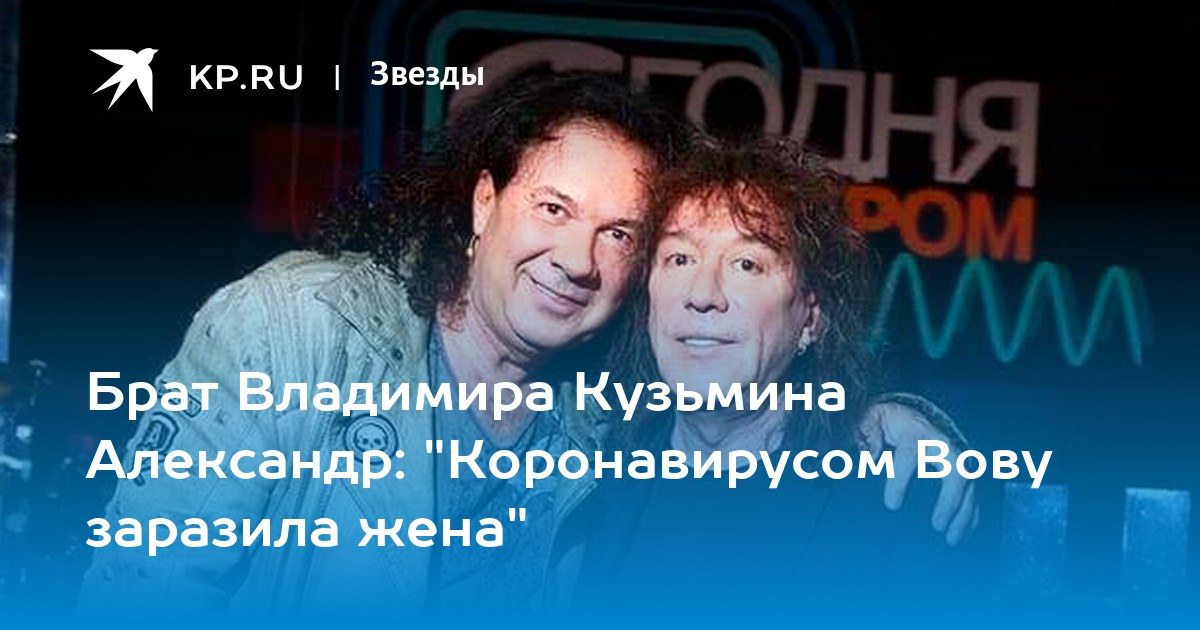 Alexander Kuzmin with his brother Vladimir. Photo: from the archive of A. Kuzmin.

Rocker Vladimir Kuzmin was hospitalized. He was diagnosed with a coronavirus. His brother Alexander commented on the incident.

“I know that Vladimir (Kuzmin) is now in a hospital in Odintsovo under the supervision of the best doctors, this is the Center of the Ministry of Defense for patients with coronavirus,” the musician’s brother told kp.ru. “The first signs of illness appeared at a recent concert when Vova was trying to bring down the temperature but she didn’t go astray.

According to the family and his wife Katerina, the disease came from her, because Katya was always with Vova and the patient traveled with him on tour. According to Katya, she contracted the infection from her students, whom she teaches master classes. Of course, it was necessary to approach the issue of health more responsibly and isolate the sick person during treatment, especially since the brother is in the age group of risk …

Vladimir and Alexander in their youth. Photo: from the archive of A. Kuzmin.

“I know that Vova is not a fan of visiting all sorts of public places for no reason, and that is why he insured himself, just in case he got three vaccinations.”

But, despite all three vaccinations, antibodies were still small:

“I am sure that everything will be all right, the Kuzmins’ family are long-livers, and therefore my brother will cope with this terrible disease and soon we will see him on stage again,” says Alexander Kuzmin. “Of course, the brother will not say that he is bad and will argue that everything is all right, but if he had a reason for the third vaccination, then there was also reason to be afraid. Now he has 30% lung damage, but the family insisted on his hospitalization for insurance. The brother got to the hospital at the same time as Alexander Buinov and we hope that the best doctors in Russia, under the control of the government, will take care of the health of idols.

I am a dear person to him, and he is dear to me, I sincerely wish my brother a speedy recovery and take care of himself, because, as a rule, only relatives need a sick person, and millions of fans are still waiting for him! “

Fans write words of support and wishes of healing to their idol on the networks.

“I’ll leave the hospital and, with the permission of the doctors, I’ll get vaccinated!”: Buinov, Basta, Nemolyaeva – on the consequences of coronavirus and the need for vaccination

The growth of coronavirus cases in Russia has forced some artists to double-check the amount of antibodies. And some stars, thanks to vaccination, tolerate covid relatively easily (details) 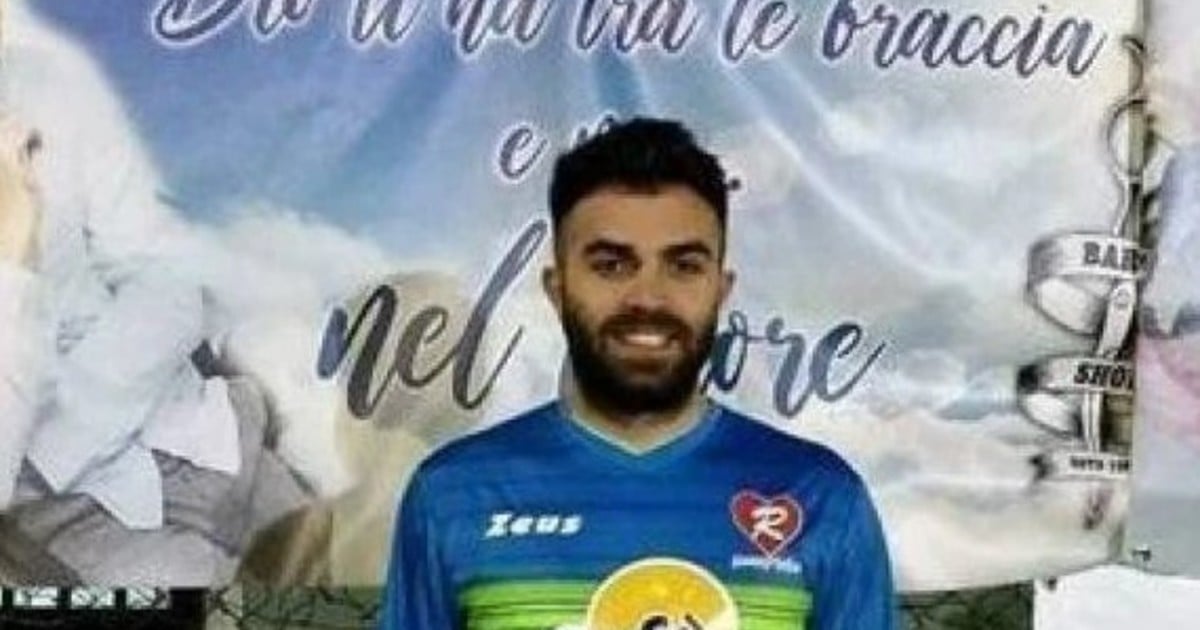 The tragedy mourned the Italian sport and generated commotion in Parma. Giuseppe Perrino He was a footballer for Parma Calcio 1913, and had organized a tribute match in honor of Rocco, his brother who died in 2018 due to sudden death while riding a bicycle.

But misfortune struck the Perrino family again: Giuseppe, 29, died incredibly during the meeting in memory of Rocco.

Local media claim that Perrino fell to the ground in the field of his hometown, Poggiomarino (near Naples). When the ambulance arrived, they tried to revive him, but could not do anything to save his life.

Trained in the Parma youth team as a midfielder, Perrino could never reach the elite, although he played in Lega Pro and Serie D, the Third and Fourth divisions of Italian football. Ebolitana, Bellaria Igea Marina, Turris Calcio and Vigor Lamezia were some of their teams.

He became a U21 international with the Italy teamHowever, after being transferred to Parma in 2012, he did not play any games.

The footballer came to play with the Italian Under 21 team.

Parma added to the condolences of its former teams, including Sapri and Ebolitana, and dedicated a few words to Giuseppe’s family.

The thoughts of everyone at Parma Calcio 1913 go out to the Perrino family, following the loss of Giuseppe 🙏

Turris Football, a team that currently plays in Primera C where the deceased footballer played, also honored him. “A tragedy within another tragedy that took Giuseppe Perrino (born in 1992) during a match organized in memory of his brother who died in 2018. Perrino had also played in Turris (Serie D, season 2015-2016). SS TURRIS CALCIO expresses your condolences to the family. “

The local authorities carried out an autopsy on the footballer’s body, but the results have not yet been known.

Maurizio Falanga, the mayor of Poggiomarino (a municipality of Naples) had heartfelt words for the deceased young man. “We mourn the death of one of his young children who will be reunited with his beloved brother Rocco. There are no words to express condolences to this already affected family.”

It is estimated that between 1 and 3 in every 100,000 young apparently healthy athletes develop an arrhythmia (abnormal heart rhythm) suddenly that causes their sudden death during exercise.

Males are affected up to 10 times more often than females. Basketball and football players in the United States and soccer players in Europe may be at higher risk.

In general, the causes of sudden death during exercise are very different in young athletes than in older athletes. However, asthma, heat stroke, and the use of recreational drugs or performance-enhancing substances can also cause death due to the sudden onset of cardiac arrhythmias in all athletes.

Some athletes have warning signs, such as fainting or shortness of breath (dyspnea). However, athletes do not recognize or report these symptoms, and the first serious sign ends in a heart attack.