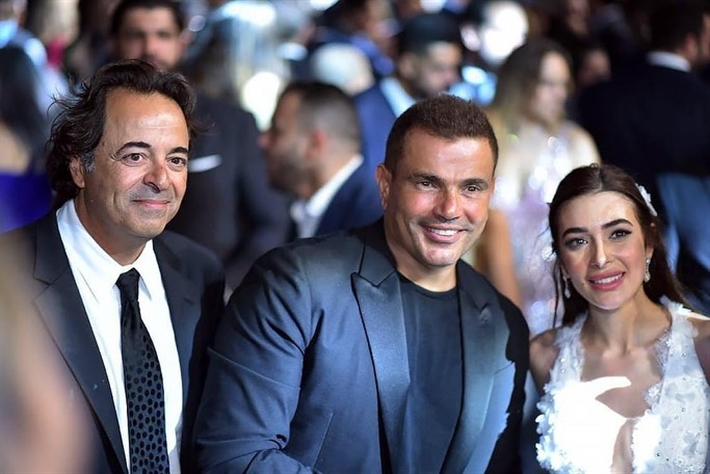 A short while ago, businessman Mohamed Abu El-Enein celebrated the wedding of his son, in a hotel in Greater Cairo overlooking the Nile.

The artist Amr Diab published pictures of him from the wedding on his account in the Instagram application.

From 22,000 to 2 Million Dollars… The Friends Heroes Pay Journey from Season 1 of the Reunion Episode

Muhammad Ramadan responds to the artists’ mockery of the “bank” crisis: Thank you, Shada