A year after causing a sensation by becoming at 22 the youngest winner of the Tour de France since 1947, the Colombian Egan Bernal has entered another story. That of the many former winners or yellow jerseys forced to leave the race, most often for medical reasons. This seems to be the case for the rider, who started from Nice in yellow, and who had lost a lot of ground on Sunday 13th in the ascent of the Grand-Colombier.

Two days later, he had passed the Villard-de-Lans stage making round trips to his sporting director’s car and stretching his back in the saddle as soon as the peloton slowed down. To end up crossing the finish line very far from the best.

After his abandonment during the last Critérium du Dauphiné, in mid-August, we believed in trickery. Some specialized newspapers even headline on the diplomatic injury of the Colombian and his choice to abandon the Dauphinoise race in order to protect himself for the Tour de France.

In a tweet, the boss of the Ineos Grenadier team put things right. ” We made this decision in his best interest, wrote his manager Dave Brailsford. Egan is a great champion who loves to run, but he’s also a young runner and at this point we feel it’s wiser for him to stop running. “. More reasonable indeed to give up at the dawn of what promises to be the most difficult stage of the Tour, towards the top of the Tour, the Col de la Loze.

The young Colombian is not the first man in yellow in Paris, and probably not the last, to be abandoned in a following edition. Two great champions have experienced a similar misadventure over the past ten years: Alberto Contador, winner in 2007 and 2009, retired in 2014 and 2016. And the winner of the 2014 Grande Boucle, Vincenzo Nibali, was himself. also retired in a later edition in 2018.

Even the great Bernard Hinault experienced such a mishap in 1980, two years after his first victory in 1978. Additional bitterness, the Breton wore the yellow jersey when he had to bow out due to a knee injury. But he had left with his head held high and not the red one on his forehead, like two wearing yellow tunics pushed out for doping. In 1978, the Belgian Michel Pollentier was excluded for doping, like the Dane Michael Rasmussen in 2007.

→ The results of the day: The complete classification of the 17e stage of the Tour de France 2020

Romain Bardet, the best French chance for the general classification after the fall of Thibaut Pinot in the first stage, had to abandon the Tour de France on Friday evening September 11, suffering from a concussion after falling in a downhill during the 13th step.

The Auvergnat runner took exams at the Clermont-Ferrand University Hospital after the finish of the race at Puy Mary (Cantal). He occupied 11th place in the general classification. “The fall was violent, downhill, and I struggled all day, declared Romain Bardet. The medical examinations confirmed what I had foreseen and I am not able to continue the race ”.

→ MAINTENANCE. Romain Bardet: “You have to go to the end of your abilities, then accept your destiny”

Second in the Tour in 2016 and third in 2017, Romain Bardet was the best French chance for the general classification after the fall of Thibaut Pinot in Nice. His retirement is the first of his career in the Tour de France in which he has participated every year since his first participation in 2013.

Date of resumption of competition according to the evolution

Winner of several mountain stages in previous years, he brought back the polka-dot jersey for the best climber last year on the Champs-Élysées. “Romain had a brain scan which did not reveal any lesion”, said Dr Eric Bouvat, doctor of the French team. However, it is necessary that he stops his sports activities. His date of resumption of competition will be defined according to the evolution ”.

The start of the 13e stage was given in Châtel-Guyon (Puy-de-Dôme), near his place of residence in the vicinity of Clermont-Ferrand. The arrival was judged at Puy Mary which he described on Friday morning as “A great spot”, “One of my favorite places”.

At the start of the race, he met his wife Amandine and his first child Angus, born during confinement, on the side of the road. “The legs are one thing, success is something else, he admitted before this step. It’s OK for now. But there is a part of fatality in this ”.

Romain Bardet fell at the 100th kilometer of the route of the 13e 191.5 km stage, at the same time as the Dutchman Bauke Mollema, soon forced to retire (fracture of the left wrist), and other riders including the Colombian Nairo Quintana. Stunned, his right hip raw, he got back on the bike to take his place in the peloton and finish the stage.

If he was left behind on the ramps of the last two climbs, the Frenchman managed to limit the loss of time in the general classification, falling from fourth to eleventh place, three minutes from the wearer of the yellow jersey, the Slovenian Primoz Roglic.

The fall occurred in a wide downhill curve, at a speed of 65 km / h according to the details he gave on arrival. “At this speed, it’s not a trivial fall”, had reacted in race his sports director Julien Jurdie.

“I was cursed today”

“It couldn’t be worse todaysaid the runner after the finish. I stumbled and hit my head. I struggled to find my senses instantly. I have severe pain in my right leg. I lost all my feelings in my fall, I was cursed today ”.

→ DOSSIER. Tour de France 2020: all the information to follow this 107e editing

Romain Bardet’s 8th Tour de France, his last under the colors of the AG2R La Mondiale team for which he has been racing since his debut, therefore ended prematurely. Next year, the native of Brioude (Haute-Loire) will run for the German team Sunweb.

The Chinese city of Wuhan, where the world-wide coronavirus pandemic originated, his quarantine ended today after 11 weeks during which it was practically closed to avoid contagion.

As reported, thousands of people left at dawn this Wednesday after the confinement And while the train was one of the most widely used forms of transportation, more than a thousand vehicles also started leaving Wuhan by road as most of the traffic controls imposed since January 23 were lifted.

That day all exits from the aforementioned city had been restricted, which for several weeks was the epicenter of the disease not only in China but worldwide and now the authorities claim to have the outbreak under control. For this reason, railway services were resumed in the three stations of Wuhan, from where the first trains left, some bound for cities such as Jingzhou, in Hubei itself, and others bound for large cities such as Guangzhou or Shanghai. 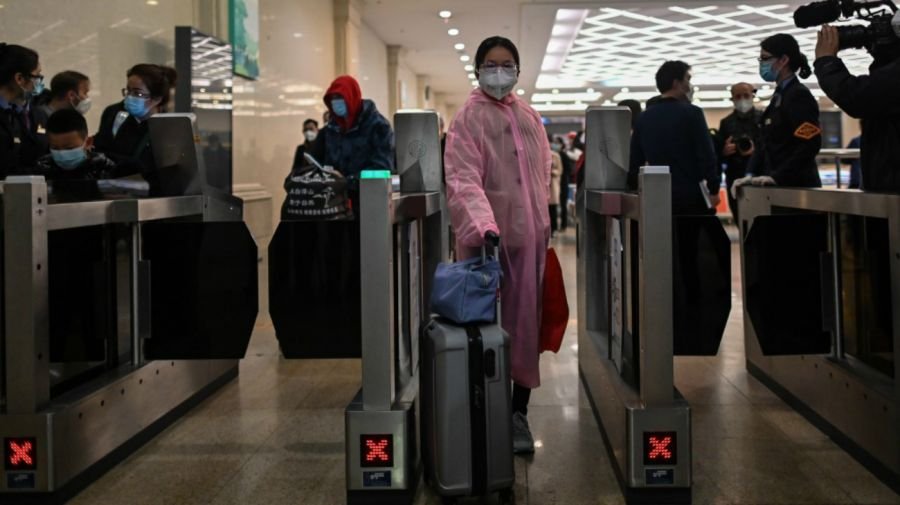 According to the official newspaper Global Times, ticket sales figures until yesterday indicate that more than 55,000 passengers have purchased tickets to travel by rail, of which 40% are destined for the Pearl River delta area (southeast), where thousands of factories employ migrant workers from the rest of China. 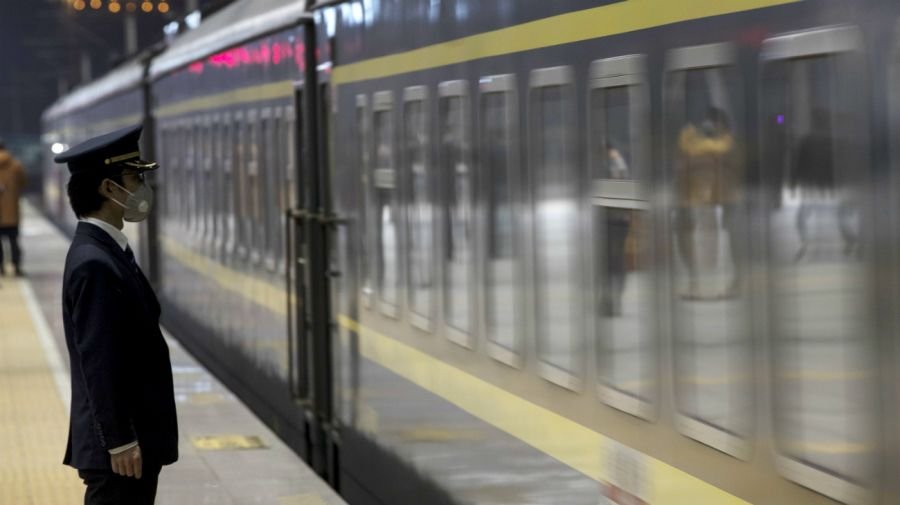 Air transport also resumed activity, but not with its normal normality, and many of the travelers dressed in white protective overalls, including children, could be seen, while an atmosphere of contained joy was seen after 76 days of compulsory stay in Wuhan .

Meanwhile, it was indicated that the planes will not be full as a measure of prevention of possible contagions and the occupation of the devices may be around 50 percent while tickets can only be purchased by those who prove their good health through QR codes generated through mobile applications, who must also continue to go through temperature and identity controls. 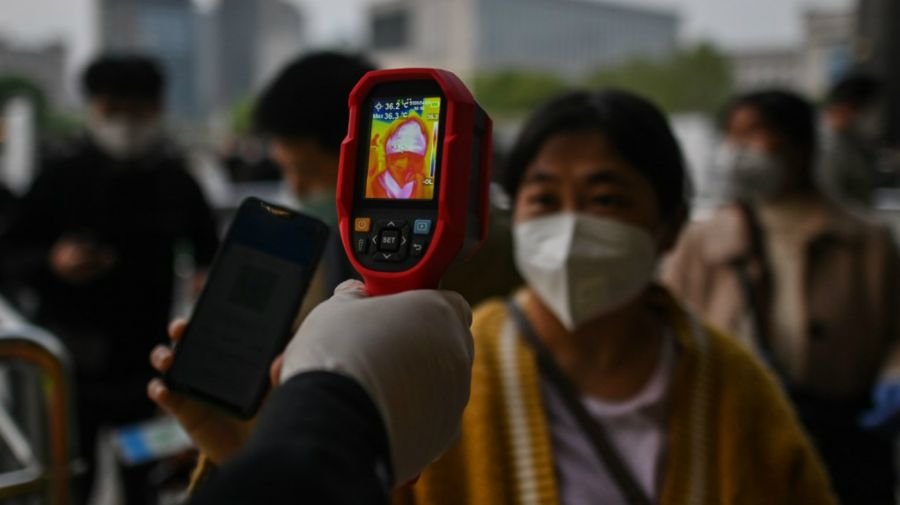 The systems developed by the Chinese authorities establish three categories, green, yellow and red, for those codes and a green code supposedly guarantees that the person is not infected and that he has not been in close contact with confirmed or suspected cases of being infected.

For its part, the state news agency Xinhua reported that another 30 bus routes will also be reactivated and another subway line will reopen while taxis and transport by ferry and tram will return to operation, as well as coaches for long-distance routes. , but the medium and short distance lines will remain suspended for the moment. 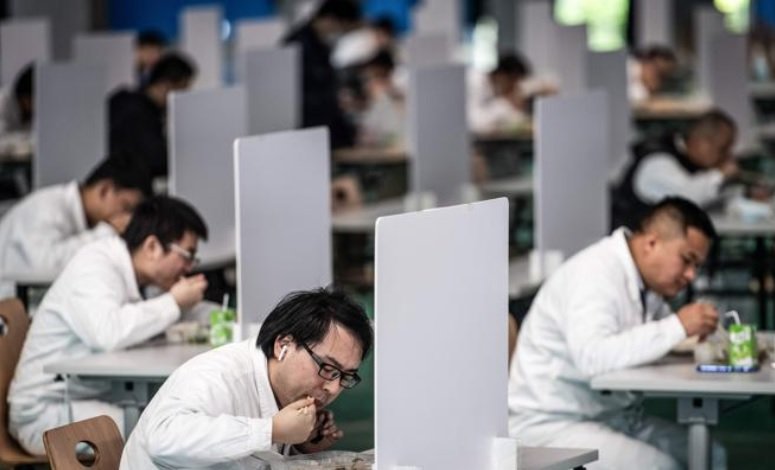 The city of Wuhan registered since the end of December 2019 more than 50,000 confirmed cases of COVID-19, of which, according to official figures, 2,571 people have died, while there are still 445 infected by “active” coronaviruses of the 1,190 of all the country.