One of the protagonists of E3 2021 and its “previous” days before was Battlefield 2042, the new installment of one of the sagas of shooters most important first person in the world that allowed us to see his first gameplay during the Xbox and Bethesda conference a week ago today. After seeing what the game […]

E3 2021: Battlefield 2042 unveils its gameplay with an impressive video in Qatar 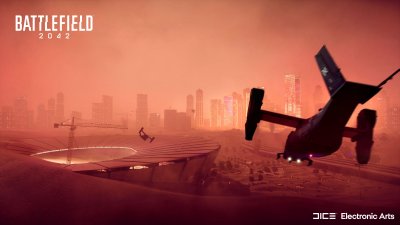 EA Games and DICE unveiled us Battlefield 2042 earlier this week with an impressive CGI trailer, but fans were obviously waiting to see some gameplay. The appointment was made for this Sunday, FPS did make an appearance at the conference Xbox & Bethesda Showcase with an explosive video, to admire right here: For this first […] EA and DICE they have published the first gameplay trailer from Battlefield 2042, his new first-person action video game framed in the saga Battlefield, a title that we have already seen in Vandal and of which we have offered you a complete preview. The gameplay of the game presents the new setting and the options […]