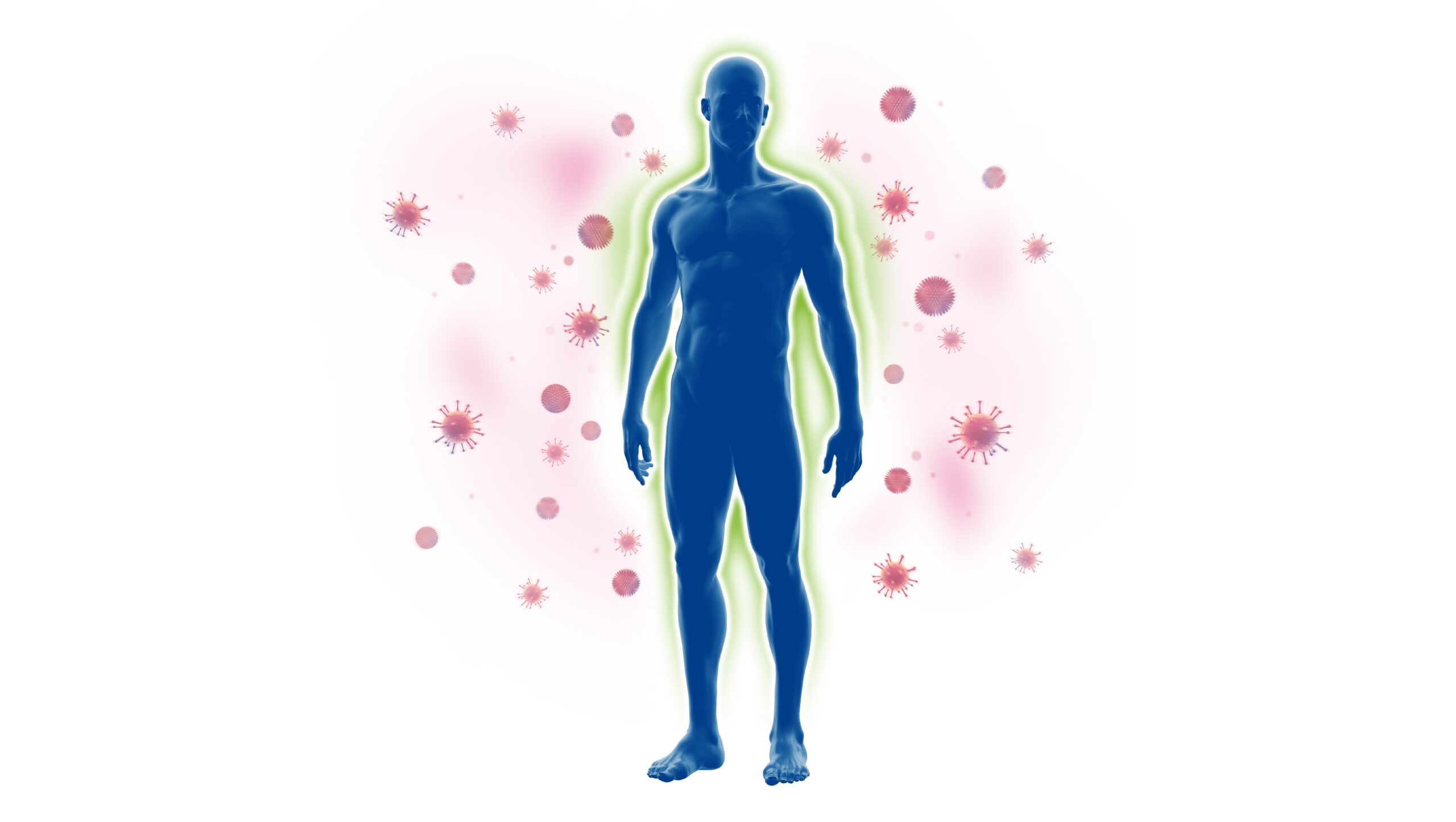 The risk of contracting the SARS-CoV-2 coronavirus is high for many people. But some seem downright immune. An English research team has now provided the first evidence that some people have T cells that protect against corona infection.

Researchers at Imperial College London provide the first tangible evidence that T immune cells, which were formed as part of previous colds, can protect against infection with the SARS-CoV-2 coronavirus. The results were recently presented in the renowned journal “Nature Communications”.

Cross immunity from other human coronaviruses

The SARS-CoV-2 coronavirus and its variants are responsible for the current pandemic. But even before SARS-CoV-2 there were other, largely harmless coronaviruses that cause colds. Previous studies have shown that T cells acquired as part of such colds also recognize the coronavirus SARS-CoV-2.

The working group at Imperial College London has now shown for the first time that the presence of such T cells from previous colds can prevent infections with the SARS-CoV-2 coronavirus. “Exposure to the SARS-CoV-2 virus does not always lead to an infection, and we really wanted to understand why,” explains study lead author Dr. Rhia Kundu.

No infection despite exposure

As part of the study, the team examined 52 non-vaccinated participants who lived with people who had been infected with SARS-CoV-2. PCR tests were carried out on all subjects at the start of the study and four and seven days later to determine whether they had become infected. In addition, blood was drawn from everyone involved. This made it possible to analyze the number of T cells that were already present, which were caused by previous infections with other human coronaviruses.

“We have found that a high number of pre-existing T cells, which the body produces when infected with other human coronaviruses such as the common cold, can protect against COVID-19 infection,” confirms Dr. Kundu.

Just a form of protection

“This is an important discovery, but only one form of protection, and I would like to emphasize that it should not be relied on alone,” says the scientist. The best protection against COVID-19 is a full vaccination, including a booster vaccination.

T cells do not target the spike protein

Another important finding emerges from the results. The T cells found were not directed against the spike protein of the virus like antibodies, but against internal proteins. However, current vaccines do not induce an immune response to these internal proteins. At the same time, the discovery shows a new starting point for making future vaccines more effective and more universal.

Vaccination with a long-lasting effect

According to the working group, this would enable vaccines to be developed that “offer long-lasting protection, since the T cell reactions last longer than the antibody reactions, which subside within a few months after vaccination”.

“Our study provides the clearest evidence to date that T cells induced by cold coronaviruses play a protective role against SARS-CoV-2 infections,” summarizes the lead author of the study, Professor Ajit Lalvani. According to him, these T cells offer protection by attacking proteins inside the virus and not the spike protein on the virus surface.

“The spike protein is under strong immune pressure from vaccine-induced antibodies that drive the evolution of escape mutants,” explains Lalvani. In contrast, according to the professor, the internal proteins mutate much less. Vaccines and immune reactions that target such internal proteins could therefore protect against SARS-CoV-2 for longer and more extensively, including the existing and upcoming variants.

Limitation of the results

The researchers point out that so far only a small group has been examined with regard to T cells. The results have yet to be checked on a larger cohort. (vb)

The town is currently complaining about a flood of the century: the water is about a meter above the normal level. Sea levels in the