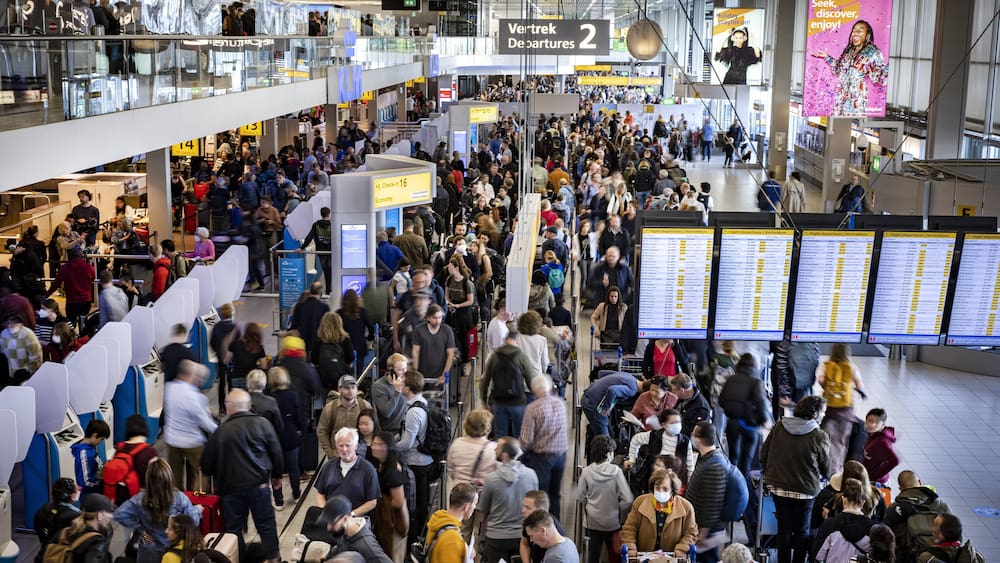 Swiss travelers stranded: flight chaos in Amsterdam due to strike

Because of an imminent overload at Amsterdam Airport Schiphol due to a lack of staff, the airline KLM is canceling 47 flights there at the weekend. KLM announced that 28 return flights were canceled on Friday.

With this step, KLM is responding to a call from the airport, which wants to prevent a collapse like last weekend. Other airlines and especially holiday airlines reacted with outrage to the airport’s request to cancel flights in order to be able to continue operations. KLM and another airline also wanted to divert flights to Rotterdam Airport.

Swiss travelers are also affected by the cancellations. A KLM flight from Amsterdam to Zurich and the corresponding return flight from Zurich to Amsterdam are canceled on Friday evening. A flight to Basel and back on Friday evening was also canceled. Likewise the corresponding KLM flights to Geneva and back. This can be found on the websites of the three airports. However, no cancellations have been announced for Saturday and Sunday. Depending on the chaos at the airport in Amsterdam, this could change in the short term.

Thousands of travelers in the terminals

At the start of vacation in the Netherlands last Saturday, the situation escalated after an unannounced walkout by ground workers from the airline KLM. Dozens of flights had to be canceled at short notice, thousands of travelers were backed up in the terminals. Motorway exits were closed and travelers were asked not to go to the airport.

The airport complains about a lack of ground staff. It is said that there are no longer any workers to be found on the labor market. However, some airlines are also assuming that the airport is on an austerity course to compensate for losses during the corona pandemic. KLM, Air France, Transavia and Martinair are currently challenging the airport’s decision to increase fees by a combined 37 percent over the next three years. (SDA/sfa)