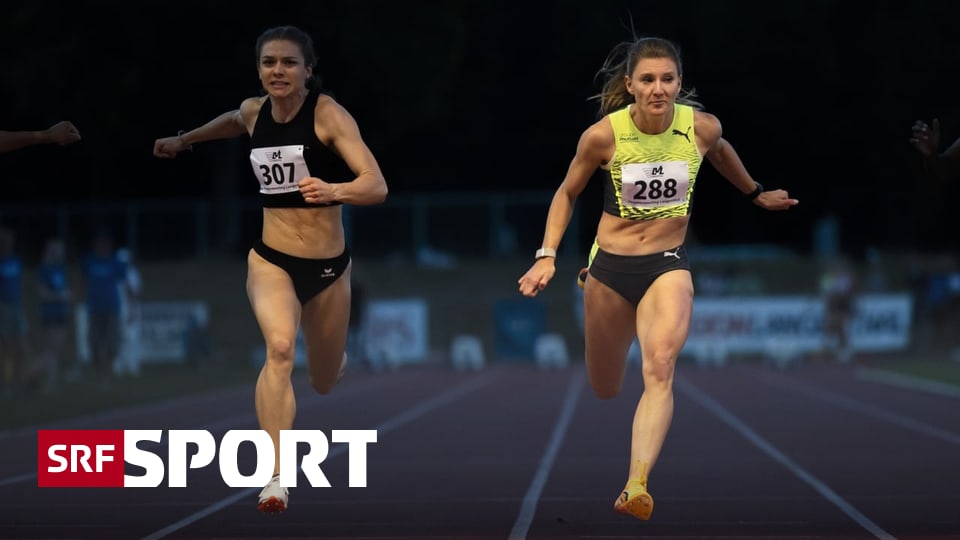 Although Ajla Del Ponte secured the third Swiss 100m spot for the European Championships in Munich on Wednesday in Langenthal in a “jump-out” against Géraldine Frey, the Ticino native will not start individually in Munich. The 26-year-old sees her form as insufficient to meet her high standards. The free starting spot goes to Frey. Del Ponte will no longer compete in individual races this season. However, she is still available for the Swiss 4x100m relay at the European Championships and throughout the rest of the year. In addition to the nominated Frey, Mujinga Kambundji and Natacha Kouni will also start for Switzerland in the 100 m.

The Swiss gymnasts Stefanie Siegenthaler, Alina Wildi, Anny Wu, Lili Habisreutinger and Chiara Giubellini showed a failed competition. After a number of fakes, the team has already missed out on qualifying for the 2024 Olympic Games in Paris. With the 18th place, Switzerland also clearly escapes the team competition at the upcoming World Cup – a classification in the top 13 would have been necessary for that. In the all-around, Wildi finished 57th as the top Swiss, none of the quintet qualifying for an apparatus final. Gold was secured in the all-around final by Asia D’Amato. The Italian got the better of Briton Alice Kinsella and her compatriot Martina Maggio.

See also  Stöger about time as BVB coach: "I wouldn't do it again" | SPORT1 - SPORT1

Jeannine Gmelin mastered her lead in the disc without any problems and finished second in the semi-finals on Saturday. The Zurich Oberlander finished the heat with a time of 8:44.05 minutes, a good half a second behind the Greek Evangelia Anastasiadou. In the men’s lightweight double kicks, the Swiss duo Raphaël Ahumada and Jan Schäuble are second in Friday’s replay.

Rad Bahn: Swiss teams in the 1st round

Claudio Imhof, Alex Vogel, Valère Thiébaud and Simon Vitzthum are sixth in the first round. The Swiss track four set a time of 3:58.210 at the start over 4 kilometers and thus ranked ahead of Poland, Belgium and Spain. The Swiss women’s quartet, on the other hand, could only leave one opponent behind. Only Spain was about four and a half seconds slower than Michelle Andres, Fabienne Buri, Lena Mettraux and Aline Seitz, who qualified in 4:33.154 minutes.

Nikita Ducarroz easily qualified for the final of the best 8 in the park category. The 25-year-old Swiss qualified for second place behind the British Charlotte Worthington. Ducarroz’s 85.60 points in the 1st run was the best in qualifying. The bronze winner of the 2021 Olympic Games in Tokyo underlined her ambitions for precious metal at the European Championships. The final will take place on Friday at 15:30. In the men’s category, the only Swiss, Alexandre Sideris, clearly missed the final in the park in 25th place.

Sascha Lehmann and Julien Clémence are in the men’s bouldering semi-finals on Saturday. The two Swiss placed 15th and 17th in a field of 45 participants, thus making the cut of the top 20. However, for Nils Favre the competition ended after 27th place. From a Swiss point of view, the women’s lead climb was considerably less successful. Here, Liv Egli missed the semi-final qualification by 0.34 points as 27th. Andrea Kümin (35th) also failed to make an exploit in qualifying.

See also  Mollema falls heavily in Luxembourg a week before the World Cup: 'Consequences are not serious'

Rad Strasse: Schmid is out of the European Championships

Mauro Schmid has to renounce participation in the European Championships in Munich. The 22-year-old from the lowlands of Zurich, this year’s winner of, among other things, the Tour of Belgium, is still suffering from the effects of the infection that forced him to give up the Tour of Poland a week ago. There is no subsequent nomination because the registered substitute driver is also ill. Switzerland will be represented by 7 athletes in the road race on Sunday.