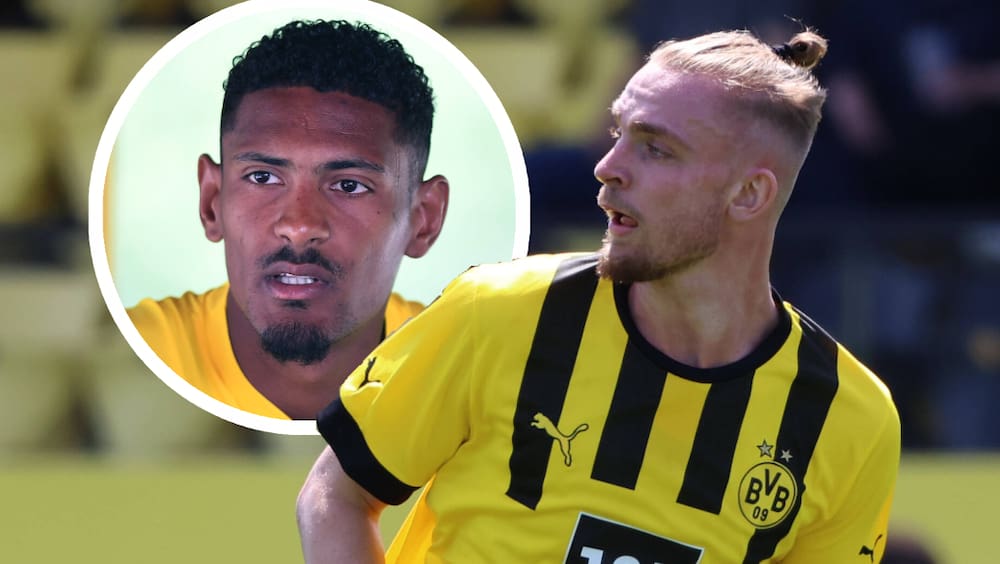 Swiss Bradley Fink moves up for Haller at BVB

Haller left due to tumor

Swiss youngster moves into the BVB training camp as a substitute

Sébastien Haller (28) had to leave the Borussia Dortmund training camp due to a shock diagnosis. BVB has already reacted in terms of personnel and nominated the Swiss Bradley Fink (19).

Shock news for BVB on Monday evening: Sébastien Haller (28), the most expensive purchase in the club’s history, had to leave because of a tumor in his testicles. Unexpectedly, a Swiss kisses the hand: Bradley Fink.

The 19-year-old Swiss was nominated as a replacement by Dortmund coach Edin Terzic (39). The native of Knonau is scheduled to move into the training camp in Bad Ragaz on Tuesday. “You have to be a little patient,” says Terzic. “Bradley is having lunch with the team and will be training here for the next few days.” The 1.93 meter striker has been able to train with the first team in Dortmund for the past few weeks.

Top striker of the BVB youth

In the summer of 2019, Fink switched from FC Luzern U16 to Dortmund U17. «It was awesome. It suddenly went from 0 to 100, »Fink recalled in September 2021 to Blick about his move to Germany. He has scored 48 goals in 53 competitive games for the U17s and U19s. The 19-year-old also made ten appearances in the second team (third division), scoring two goals there.

And now Fink, whose mother hails from near Liverpool, has the chance to make the first team. Borussia will play their next friendly on Friday in Altach, Austria, against Villarreal (7 p.m.). Maybe with Fink im Sturm?

Terzic about his offensive plans: “We haven’t really thought about the sporting loss because we don’t know what the exact diagnosis is either. But we will implement a few things in training. » In addition to Fink, Donyell Malen (23), top talent Youssoufa Moukoko (17) and newcomer Karim Adeyemi (20) are available up front. (che)