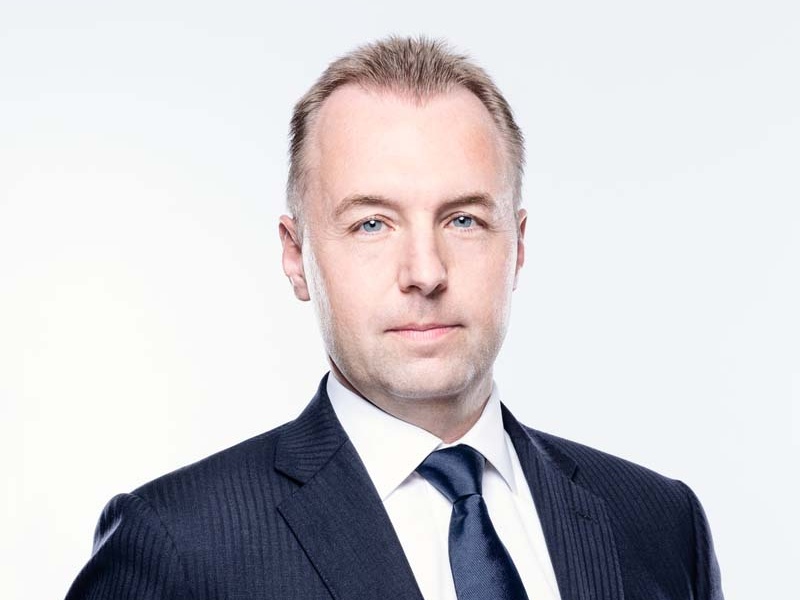 More than half of the institutes polled by EY plan to launch a crypto-asset offer, according to the 2022 bank barometer presented by Patrick Schwaller.

After the slump in 2020, Swiss banks are once again showing unwavering optimism. Almost nine out of ten Swiss banking institutions (87%) that were surveyed by the consultancy firm Ernst & Young (EY) anticipate an increase in their operating profit for the 2021 financial year, i.e. a clear increase compared to the year previous where this share was only 53%. In addition, nearly four out of ten banks (39%) even anticipate an increase of more than 10% in their operating profit for the last six to twelve months, indicates the latest Bank Barometer 2022 of EY published on Tuesday. A year ago, this share was limited to 12%.

Optimism but no euphoria

Most of the 90 banks surveyed by EY are just as optimistic for the future: in fact, 86% of the institutions surveyed anticipate a “rather positive” (increase in their operating profit between 0% and 10%) or “positive” ( increase of more than 10%) in their long-term operating activities, i.e. over a period of more than three years. We have to go back to 2018 to find such a high proportion, then located at 87%. “The banks have weathered the crisis well. They show optimism without being able to speak of euphoria – because the challenges are still too great ”, summarized Patrick Schwaller, head of audit for the financial sector and partner at EY Switzerland, quoted in the report. of the consulting firm.

However, there are significant differences according to the categories of establishments. Thus, private banks are very optimistic in the long term, with 32% of them having either “positive” or 68% “somewhat positive” expectations towards their operational activities. In comparison, regional and cantonal banks are more cautious about their long-term outlook, although these institutions are again more optimistic about the development of their operating results over the next three years.

While Swiss banks are not overly worried about inflation – two-thirds of the institutions surveyed do not anticipate an increase in excess of 2% in Switzerland in the medium and long term -, they do not completely neglect the potential danger. would represent a sharp and rapid rise in interest rates. Thus, 26% of the institutes surveyed, ie double the previous year, believe that such a scenario represents the most important challenge in the management of interest rate risks for banks.

In addition, Swiss banks expect their market share in mortgages to erode in favor of insurance companies and pension funds. Thus, more than four in ten banks surveyed (41%) predict that insurance companies will continue to gain market share with private clients over the next five years, while 37% of them believe that pension funds are who will get a bigger slice of the pie. In comparison, only 28% of the banks surveyed believe that it will be the banks that will gain market share in the mortgage business over the next five years.

If Swiss banks have so far been rather cautious about offering investments in cryptocurrencies, more than half of them (55%) are now ready to launch offers in this area – and this already over the next three years. This is the case for more than two-thirds of private banks (68%), while only one in two cantonal banks plans to offer placement possibilities in this area and while this share falls to 48% in regional establishments.

In addition, more than half (55%) of all banks surveyed believe that cryptocurrencies will establish themselves over the long term as a classic investment category, like stocks and bonds. Here, it is foreign banks (68%) and wealth management establishments (64%) that support this statement the most.

Opportunities to be seized through digitization – fears of cyber attacks.

Another topical issue: digitization. The digital offers offered by banks, or that will be in the future, will in particular help to improve the “customer experience” in the eyes of 83% of the establishments surveyed, while digitization will also bring benefits to customers in terms of access to new products (36%) and cost reduction (34%), estimate the banks surveyed.

However, 83% of the banks surveyed believe that personalized advice to customers, for example in terms of investments, provident insurance or financing will remain the main source of added value for which customers will continue to be prepared to pay a premium. .

While digitization is not seen as a threat to their business model, banks are concerned about the risks that can arise from cyber attacks. More than half (55%) of the establishments surveyed believe that the threat level has significantly increased over the past twelve months. This share even climbs to 70% among regional banks, which are the most worried about this. To prevent such cyber-attacks, establishments surveyed that raising staff awareness (78%) on these issues is the most effective course of action, as much as investing in technology and infrastructure.

Another essential topic of the moment, sustainable investments are considered by almost half of the banks questioned (45%) as the greatest chance for them to contribute to effective climate protection, followed by the granting of loans taking into account sustainability criteria (27%).

As in the previous year, more than half (51%) of the establishments surveyed believed in 2021 that sustainability issues should be integrated into investment advice or that they are an integral part of the advice process. Here, it is now the cantonal banks (69%), even before the wealth management establishments (54%), which rely the most on sustainable investments as part of their advisory activity.