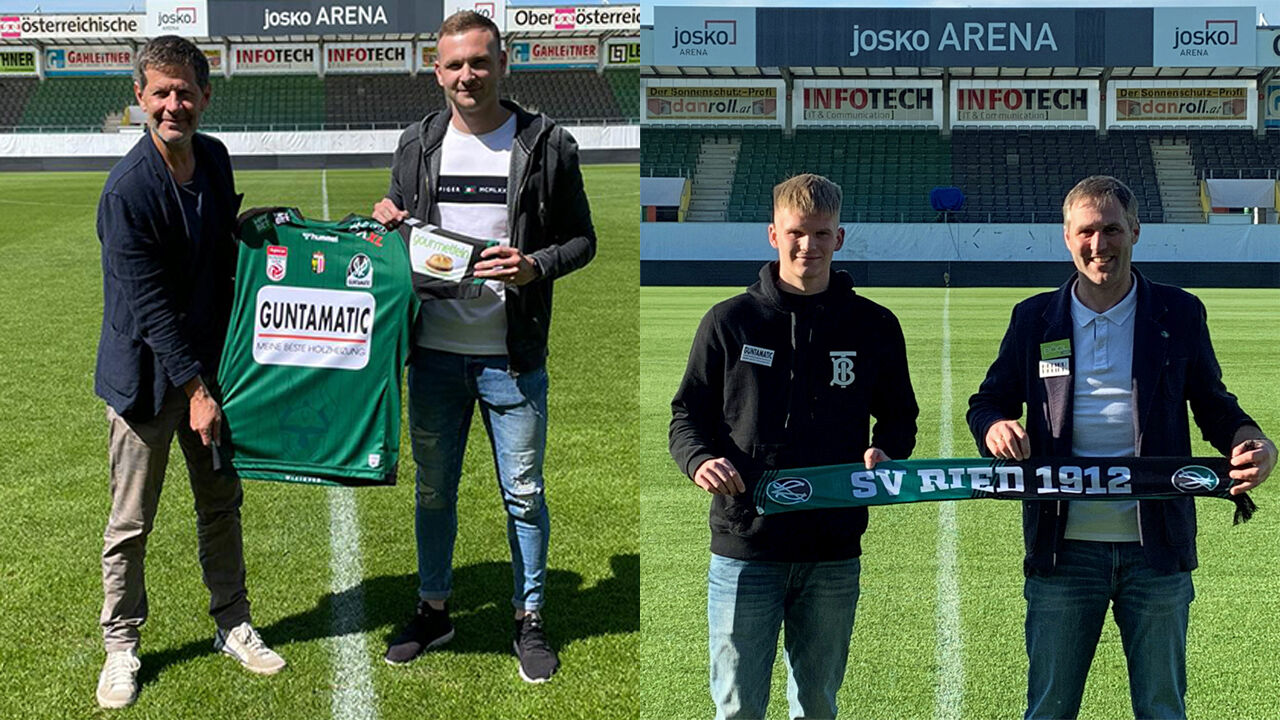 Leo Mikic (24) comes to Upper Austria from Kapfenberger SV on a free transfer. The Croatian striker came to the “Falken” from FC Lustenau in summer 2019 and drew attention to himself with five goals, four assists and strong performances last season. The technically trained legionnaire, who always causes a stir with his dribbles, can be deployed on the front line, but also on the wings.

Trainer Andreas Heraf explains: “He is a young, dynamic and hungry player who can be used in several positions and wants to take the next development step with us.” Mikic is happy: “The move to SV Ried is a big step in my career. Every player wishes to play in the top tier. Ried is a great club with a good team.”

Nicolas Zdichynec comes from the Admira’s second team. The 19-year-old celebrated his Bundesliga debut for the Südstadt team on the final match day of the past season and has already played over 20 international matches for the ÖFB youngsters.

“For us he is a player with a lot of prospects, a real talent. Several doors were now open to him for his further career. We are very pleased that he has chosen SV Ried,” said Ried’s managing director Rainer Wöllinger about the Midfield player. The youngster sees the “Vikings” as the “perfect platform to take the next step”.

David Ungar is also coming to Riedern from the Leobendorf regional league club. The 21-year-old midfielder will initially be awarded to the 2nd division at FAC Vienna. “A young player with a lot of potential,” said Wöllinger.